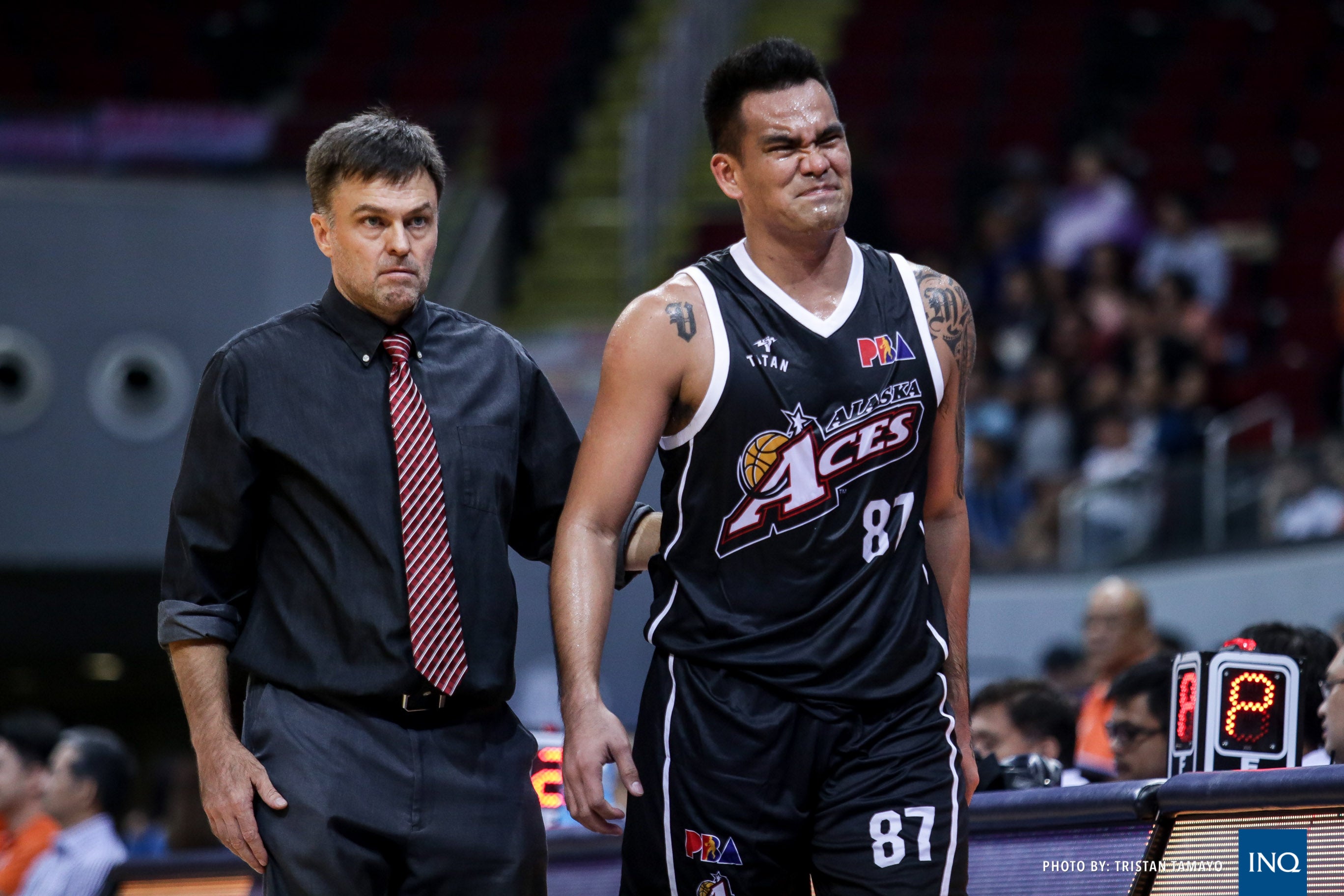 MANILA, Philippines–Alaska big man Vic Manuel sat on the bench for the most part of the PBA Governors’ Cup Finals opener against Magnolia, a game where Aces certainly needed one of their top locals to be on the floor.

Manuel, who is averaging 25 minutes per game this conference, played just a little over 16 minutes in Game 1 due to health issues.

“I was sick the last three days and there’s tightness in my right leg,” Manuel said in Filipino after the Aces took a 100-84 beating Wednesday night.

A healthy Manuel would’ve made a big difference for Alaska, which started out flat and fell behind big early as Magnolia opened the game with a 15-0 lead.

The Aces, who trailed by as much as 21, rallied within eight with still four minutes left before Mark Barroca helped the Hotshots close out the game with a 9-0 run.

The 31-year-old bruiser leads the Aces’ locals in scoring this conference, norming 15.9 points per game on top of 5.1 rebounds.

But he was a non-factor in Game 1 after posting only six points.

“They (Magnolia) were able to dictate the tempo of the game in the first quarter. Of course, we will bounce back from this. We can’t let this series go 2-0,” Manuel said.

“Their pressure defense never changed. They’re more willing to win this game. We got caught off guard and they dominated the game.”

Compton commended Pascual’s activity on the floor which translated to the former San Beda star collecting five points, four rebounds, two steals and one block. He was also a team-high plus-7.

“The one bright spot that we had I think Jake Pascual played great. He was ready, he was clearly ready,” Compton said.

“I couldn’t keep Jake off the floor. If you look at our plus-minuses, Jake was our best guy today. He was plus-7. His energy was contagious. He was taking shots away from them, he was taking seals away, he was getting hands on rebounds, he had some deflections that caused some steals. I thought Jake was great today.”

Game 2 is on Friday night at Araneta Coliseum.