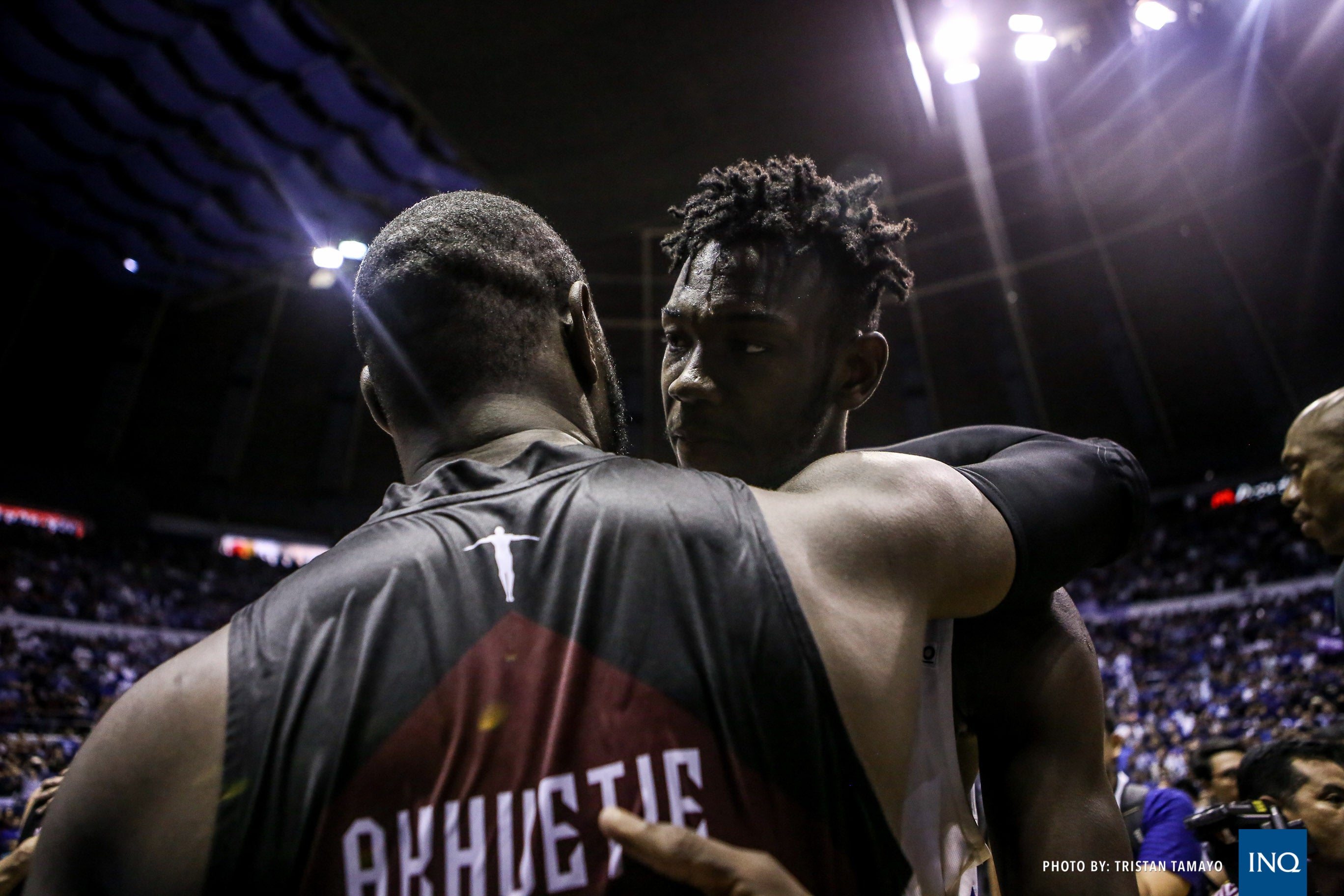 The center’s performance earned him a nod of approval from Baldwin who demanded excellence from his players especially in the finals.

“I asked the team for a redemption game because I wasn’t happy with our defenses,” said Baldwin Wednesday at Smart Araneta Coliseum. “I’m not sure if we got it but we tried really hard but certainly Ange had a redemption game.”

Baldwin wasn’t far too impressed with how the Blue Eagles fared against University of the Philippines in their 88-79 win in Game 1 of the UAAP Season 81 men’s basketball finals and a large part of that was the nervous play of Kouame.

Ateneo’s 6-foot-11 center looked rattled from the start of Game 1 and was then subjected to the UP crowd’s jeers when he accidentally became a cause to Bright Akhuetie’s hyperextended left knee.

Kouame, who is usually a massive ball of energy, looked flummoxed in Game 1 putting up a meager line of seven points and 12 rebounds due to his worry in getting involved with Akhuetie’s injury.

Things, however, looked different for Kouame who got a bump of confidence not only from his own team but also from the MVP Akhuetie.

“Bright reaching out to me was kind of motivational because he’s like an older brother to me and we’re both from Africa and we understand each other,” said Kouame who was also named Rookie of the Year.

“When he texted me I answered that I’m really sorry for what happened and he told me ‘just go to your game, play the game, and don’t mind the crowd, thank you bro, and these things happen,’” added Kouame.