‘Battle of Katipunan’ far from over as Ateneo, UP look headed for another classic showdown next season
By: Denison Rey A. Dalupang - Reporter / @sonrdINQ
Philippine Daily Inquirer / 05:54 AM December 07, 2018 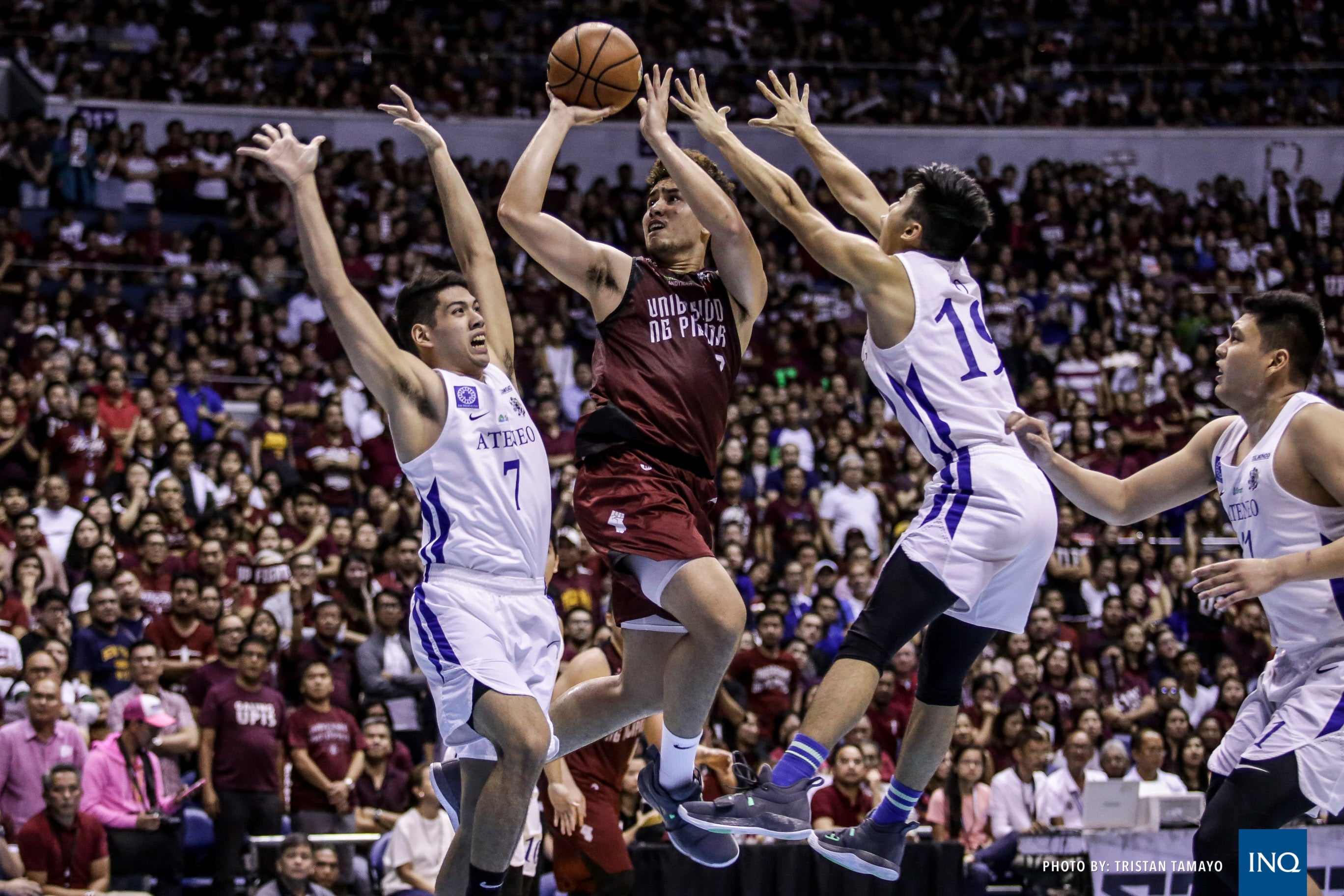 It was a tale of two basketball stories. And despite the feeling of finality that prevailed after the final buzzer, there was the sense that this was merely the start of something.

The Battle of Katipunan is far from done.

Ateneo’s Blue  Eagles, clad in white, basked in the glow of the Big Dome’s spotlight—each of them drowning in applause and falling confetti.

On the other side, the Maroons gathered around their mentor one last time this season—tears falling.

The Eagles continued writing chapters of triumph in college basketball lore with their second straight crown and their seventh in the last 10 seasons.

And they’re not done yet.

“We’ll try and build a team that could win a championship again,” coach Tab Baldwin said.

They could meet a very familiar foe again.

As he reminded his boys to hold their heads high in defeat, UP coach Bo Perasol made sure he drilled a message in their heads: The Maroons were champions too.

And UP has a lot to look forward to next year. Blue-chip prospect Kobe Paras and high-profile transferee Ricci Rivero will reinforce a team that was, according to Baldwin, already fearsome.

“I don’t know what they did but they sure got it together, and they got these guys playing as a team, playing extremely hard, and they put together a great season,” Baldwin said.

“[A]t the end of the day, yes, there’s only one champion, but there are only two teams that play the last game of the season. So the one that doesn’t win must’ve done a lot of things pretty well,” he added.

Ravena, who almost single-handedly foiled UP’s bid, echoed his mentor’s sentiments: “They’ve come so far, that’s why we knew they’re no pushovers. Props to the entire UP community, especially making history this year.”

The Maroons intend to make more history next year.

“We already did it,” Perasol said, referring to the initial goal of making the Final Four. “While we enjoyed the consequences of that… we need to move on.”

“If our expectations this season were lofty ones, how much more next season? There’s no question…  it’s about the Finals when we get back next year.”