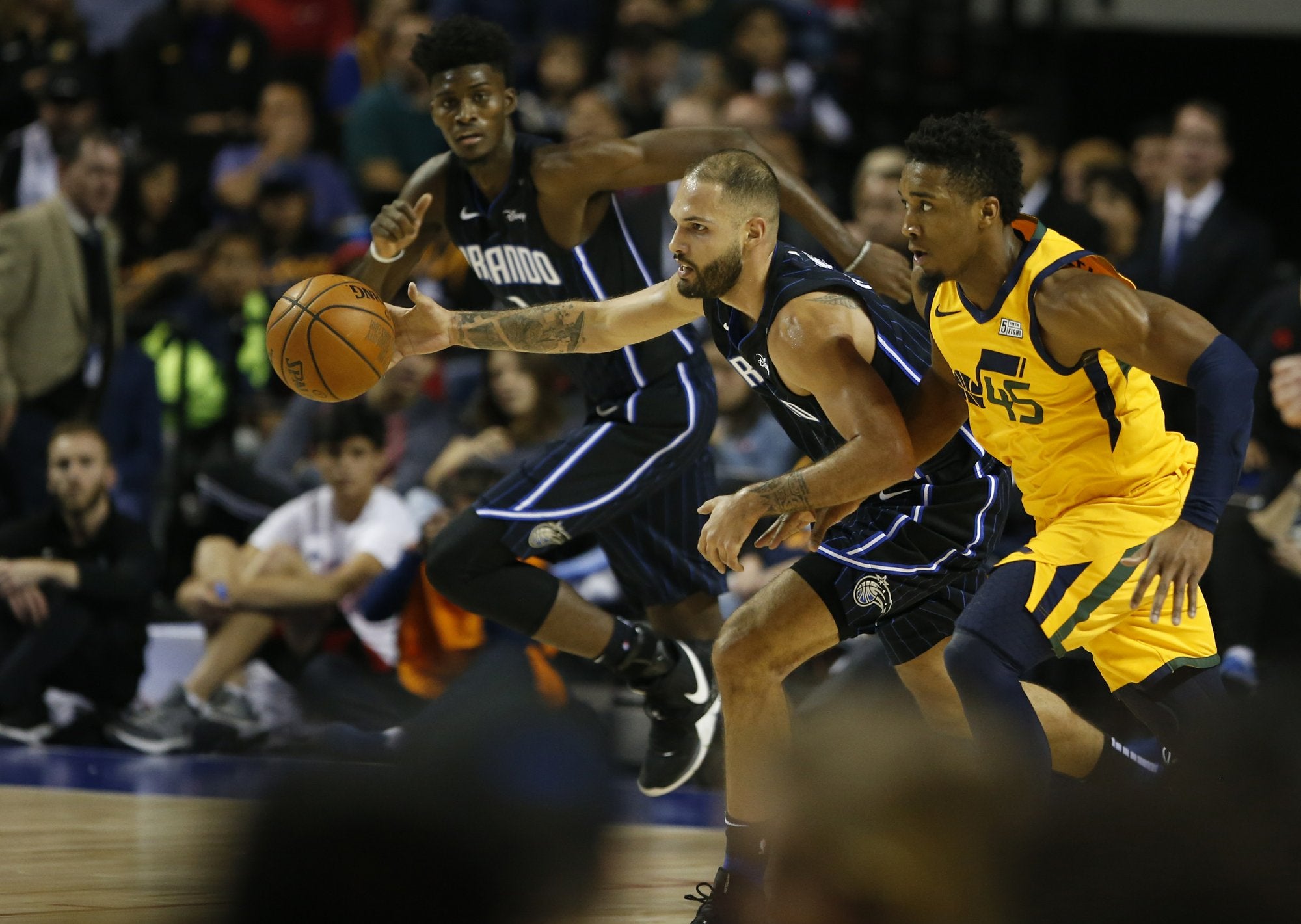 MEXICO CITY — Evan Fournier scored 24 points, Terrence Ross came off the bench to add 10 of his 19 in the fourth quarter, and the Orlando Magic rallied from an 11-point deficit to beat the Utah Jazz 96-89 on Saturday and sweep their two-game homestand in Mexico City.

Orlando won despite 22 turnovers, 15 in the first half, and is in second place in the Southeast Division behind the Charlotte Hornets.

Donovan Mitchell scored 24 points and Derrick Favors added 21 for the struggling Jazz (14-15), who lost for the third time in their last four games.

The game was the NBA’s 28th played in Mexico. Only the United States and Canada have hosted more.

Nine of the last 26 games in Mexico have been regular-season contests.

The first-half was lackadaisical as both teams struggled. Orlando committed 11 turnovers in the first quarter but trailed only 35-33 at halftime because the Jazz shot 29 percent from the field.

Fournier led all scorers after two quarters with 14 points, 10 of those through a first quarter that finished tied 14-14.

In the third, the Jazz pull ahead 46-36 with a three-point play from Favors, but the Magic rallied and took a 51-50 lead with a 3-pointer from Aaron Gordon with 2:20 left to play in a period that finished 56-53 for the Jazz after a 3-pointer from Jae Crowder.

Ross scored seven straight points in the fourth as the Magic surged ahead.

Jazz: The matchup was the third game Utah has played in the NBA’s Global Games during the regular season, previously playing the Phoenix Suns twice in Tokyo to open the 1990-91 season.

Magic: The game was the third for Orlando playing in Mexico, following games against Charlotte in 2012 and the two this week. … Orlando has made at least one 3-pointer in 931 consecutive games, dating to March 17, 2007. It stands as the fifth-longest active streak in the NBA. . Ross scored in double figures for the 22nd time this season.

Jazz: Will play at Houston on Monday.