NU in no celebratory mood yet, braces for Ateneo fightback in Game 2 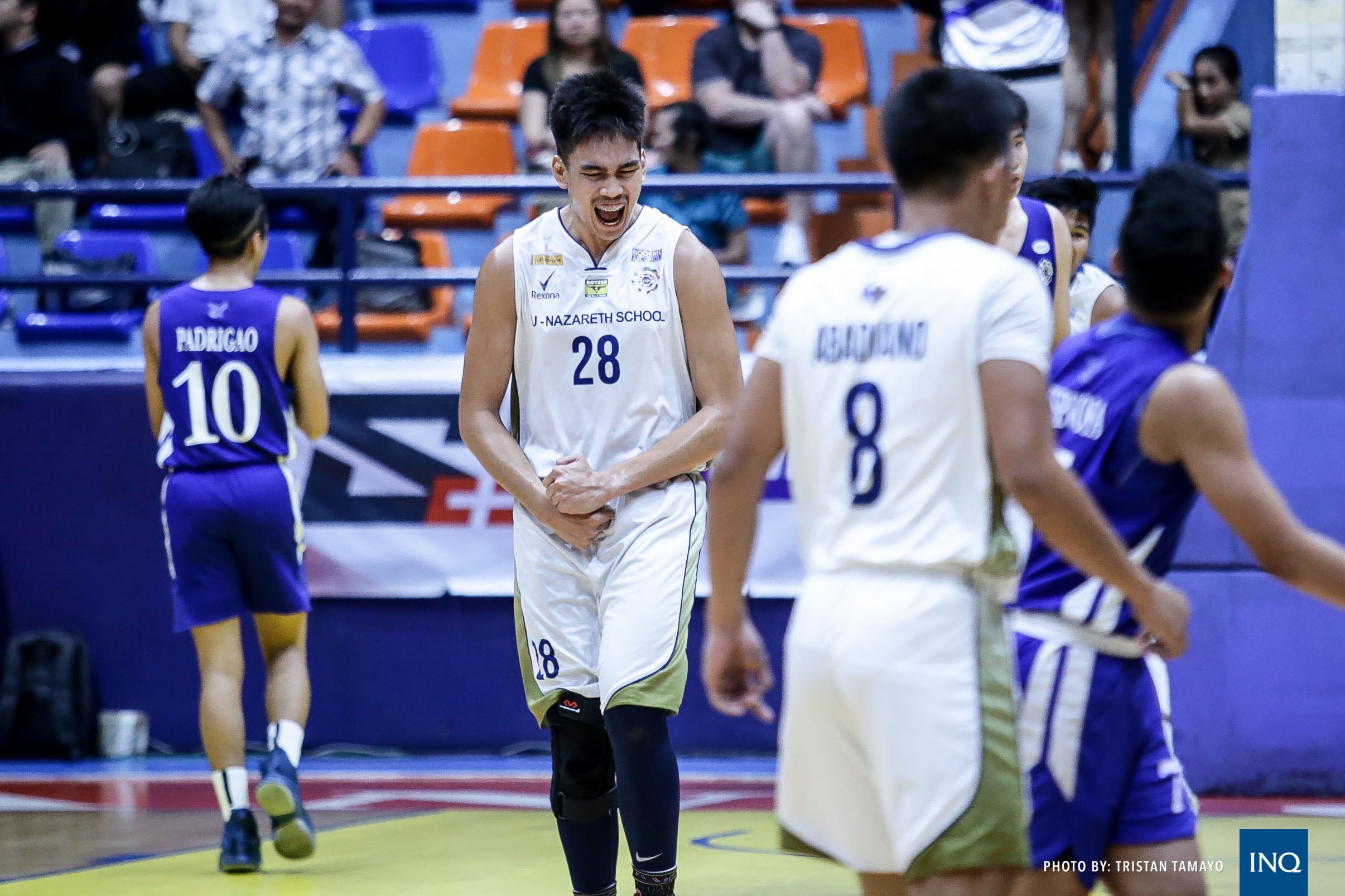 National University has plenty of reasons to feel excited about after beating defending champion Ateneo in the UAAP Season 81 junionrs basketball finals opener on Monday.

The Bullpups, however, also know they still have a ton of work left to accomplish before they can celebrate.

After all, winning Game 1 is only half of the battle and the real challenge awaits on Friday in Game 2.

“We’re happy but we have yet to reach our main goal,” said star big man Carl Tamayo in Filipino after leading the Bullpups with 15 points and 12 rebounds to a 70-58 win.

The Bullpups have already beaten the Blue Eaglets thrice this season after sweeping them in the elimination round.

And though it may appear that NU has Ateneo’s number, the Bullpups know they can’t let that thought get inside their heads and allow just even a tad bit of complacency.

“They (Ateneo) are going to come back stronger in Game 2 and we need to double our preparation,” said NU forward Kevin Quiambao, who also posted a double-double with 14 points and 13 rebounds.

Tamayo and Quiambao teamed up to limit Ateneo’s 7-foot-2 center Kai Sotto, who still led the Blue Eaglets with 16 points and 15 rebounds but was limited to just two points and without a field goal in the fourth quarter.

“We just have to continue to do what we do best and we have to be consistent,” said NU head coach Goldwin Monteverde, who is aiming to steer the Bullpups to their first crown since 2016.

ADVERTISEMENT
Read Next
Giannis Antetokounmpo scores 38, but is denied MVP in defeat
EDITORS' PICK
Water remains our saving grace right now
Smart poised to turn PH into ‘Smart 5G country’ with nationwide rollout
Get 80% OFF Ignite 2020 Cyber Tickets starting 28 September
House to probe Facebook takedown of gov’t accounts
Duterte meets with Cayetano, Velasco amid speakership issue
Feud is over: Velasco next Speaker on Oct. 14
MOST READ
Velasco to take over as Speaker on Oct. 14
‘I offered to resign’ because of endless corruption, says Duterte
AMLC investigator says De Lima not involved in Bilibid drug trade
Duterte will ask Congress to abolish PhilHealth
Don't miss out on the latest news and information.