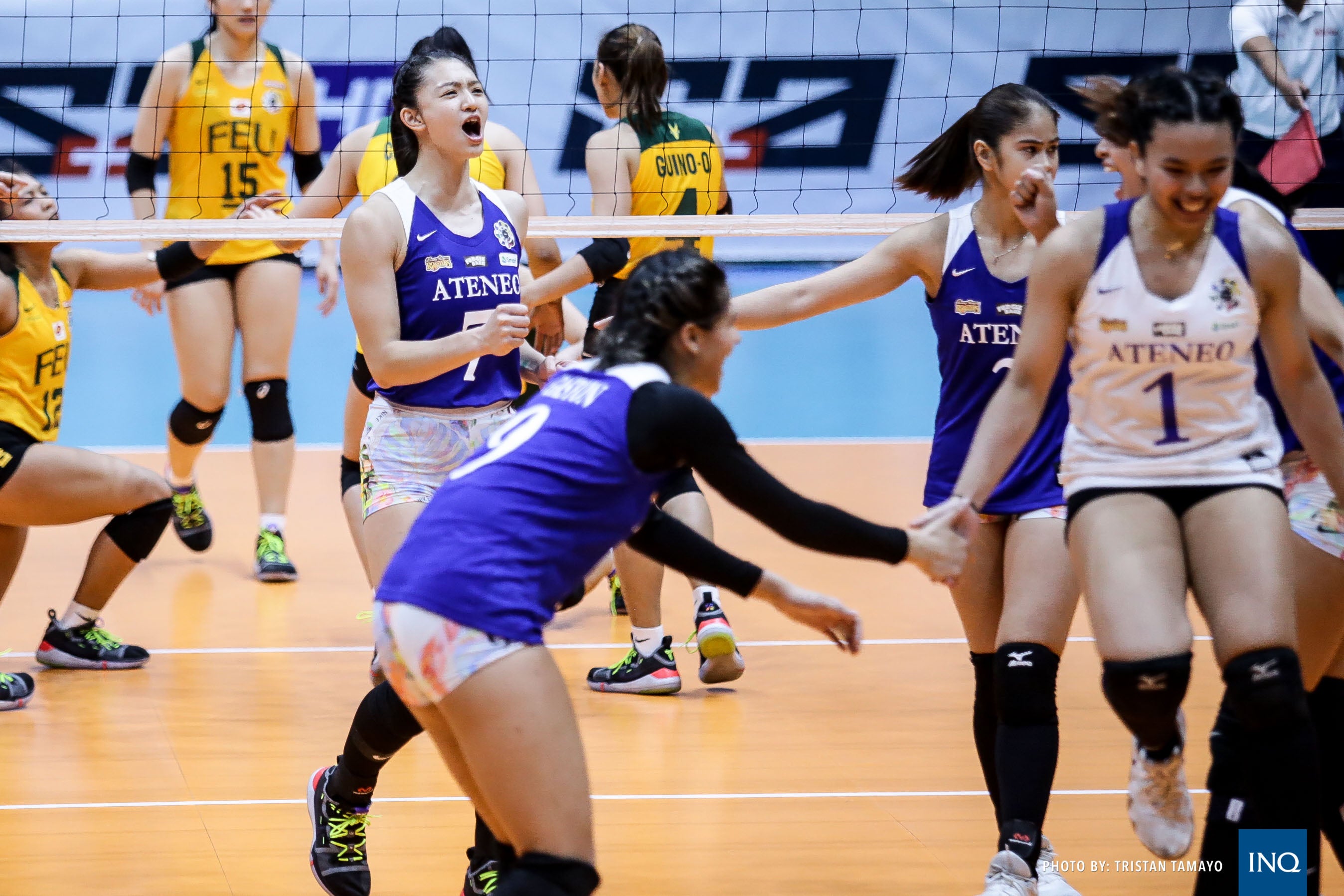 MANILA, Philippines—Ateneo will head to the Final Four of the UAAP Season 81 women’s volleyball tournament with the league’s best record at 12-2, but head coach Oliver Almadro said the semifinals is a whole different playing field.

Almadro said the Final Four is the start of the fight that the Lady Eagles have prepared for throughout the season.

“Of course this is the start of the real fight, the real UAAP, the playoffs,” said Almadro in Filipino after Ateneo’s three-set win over University of the East, 25-20, 27-25, 25-11, Sunday at Filoil Flying V Centre in San Juan.

“We’re now in the Final Four, this is what’s important because this is our chance to get to the finals. Our mindset is to get back to the finals.”

Ateneo played in the finals for six straight seasons, all against De La Salle, from 2012 until 2018 but saw that streak snapped after the Lady Eagles lost to Far Eastern University in the Final Four of Season 80.

The Lady Eagles, though, could get their retribution in this season’s semifinals when they test their mettle against the Lady Tamaraws.

“This is a test of character for the team, last year we played against them in the semifinals,” said Almadro who took over the team at the start of Season 81. “It’s time to show our character. We have to work hard to be back in the finals.”

Almadro added that they should treat FEU with respect as the school holds the most UAAP women’s volleyball titles at 29.

The Lady Tamaraws are also gunning to end a 10-year title drought.

“FEU is a really good team considering its winning tradition. We have to respect them, we acknowledge what they can do.”