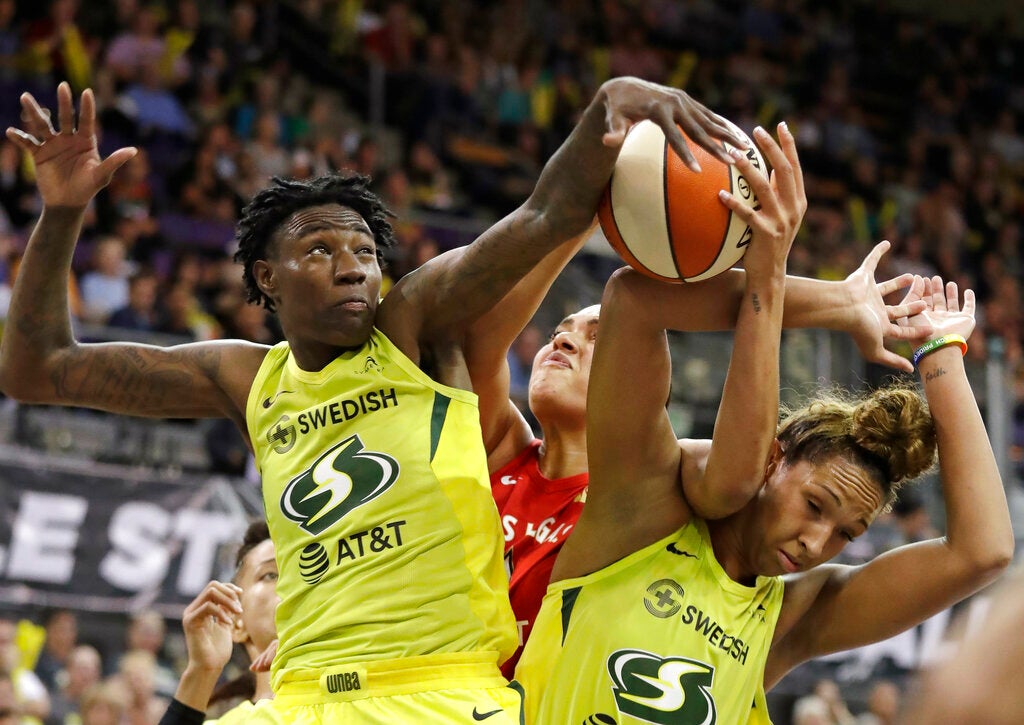 Howard is playing amid her wife’s social media allegations of physically threatening and abusive behavior. No charges have been filed against Howard.

Howard filed for divorce Monday and said in a statement provided by her lawyer Tuesday night that she’s prepared to cooperate with the Storm’s investigation as well as that of the WNBA.

The Aces (11-6) had their five-game winning streak end despite holding the defending champion Storm (12-8) to a season-low 28% shooting and no field goals over the final seven minutes. What the Storm did do is grab a franchise record 18 steals, the second most in the league this season. Jordin Canada, the league leader, had five.

Liz Cambage had 16 points, 14 rebounds and four blocks for the Aces. They finished with 21 turnovers.

Jewell Loyd returned to the Storm after missing seven games with an ankle injury. She did not score in 8 1/2 minutes. The Aces lost Aja Wilson with a left leg injury midway through the third quarter.

Both teams entered the game with three-game losing streaks, with the Mystics playing those three games without Delle Donne because of a broken nose.

Wearing a protective facemask and special edition “The Lion King” shoes, Delle Donne went 10 of 22 from the field, going 3 of 5 from 3-point range, and grabbed 15 rebounds. Her step-back 12-footer from the left baseline tied it at 81 with 5.8 seconds left in regulation. Thanks to Toliver’s defense, Indiana did not get off a final shot.