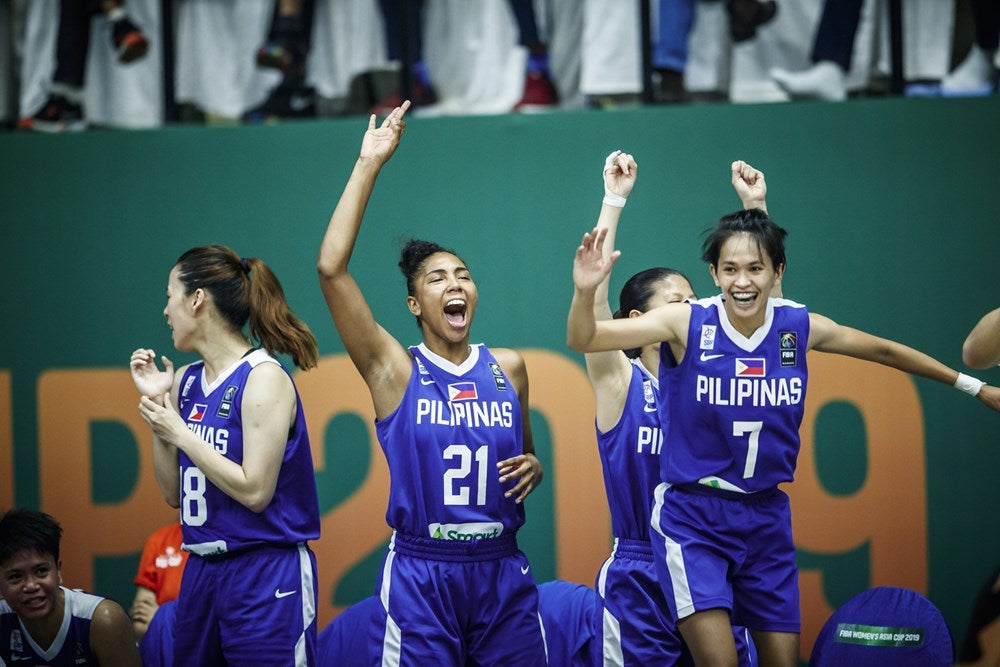 MANILA, Philippines—The Philippines retained its spot in Division A after humbling India, 92-78, in the classification stage of the Fiba Women’s Asia Cup Friday at Sree Kanteerava Stadium in Bengaluru, India.

Gilas Pilipinas finished seventh in the tournament with a lone win in the competition after going 0-3 in Group B.

The Philippines fought fire with fire when responding to India’s offense leading to six of its players scoring in double digits while shooting 37-of-82 from the field.

Janine Pontejos had 18 points, on 4-of-7 shooting from beyond the arch, with five rebounds, four assists, and three steals to lead the Philippines.

Shireen Limaye led India, which lost all of its four games, with 23 points, six rebounds, and six assists.