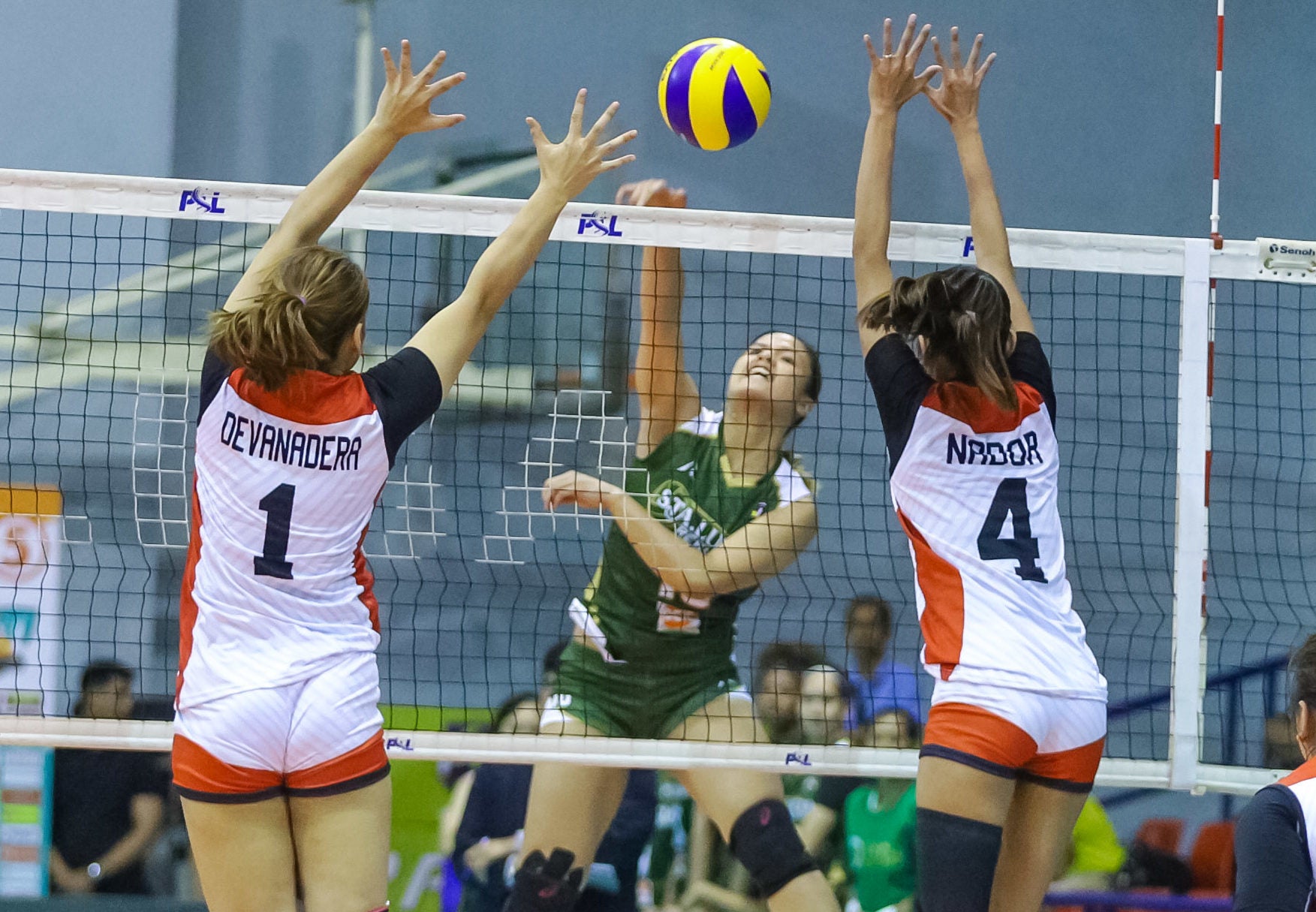 The Philippine Superliga Invitational defending champion was without MVP Kalei Mau, who was resting a calf muscle she hurt during the recent Asean Grand Prix in Thailand.

Also, starting setter Kim Fajardo, playing her first game since skipping the previous conference due to a finger injury, was clearly not in her element.

“So I told the team let’s not give them the opportunity,” Delos Santos said. “It should be us taking this opportunity.”

Sure enough, the Blaze Spikers grabbed the chance without hesitation, scoring a swift 25-22, 25-23, 25-18 victory at Ynares Sports Center in Pasig.

It was vengeful win over the team that recently wrested their title during the All-Filipino, when the Blaze Spikers crashed out of the semifinals.

The victory also allowed Petron to send a message that it was ready to get back on top and renew its heated rivalry with F2 Logistics.

Moreover, Sisi Rondina, who scored 17 points, said the win should bolster the Blaze Spikers’ confidence in the tournament.

“We just beat the defending champion,” Rondina said in Filipino.

Delos Santos, who is also the national team head coach, said he was relieved finding Petron’s standouts still on the same page despite him and two stars being out of the country for a two-week training camp and a tournament in Thailand.

“We know the system and I have confidence in my players,” said Delos Santos, who was joined in the trip by Ces Molina and Aiza Pontillas.

Petron star Mika Reyes, another member of the national team, skipped the match to rest her knees.

Grethcel Soltones and Jerrili Malabanan scored 12 points each, while Jorelle Singh added 11 for the Power Hitters, who lost their debut last Tuesday to the Cignal HD Spikers.