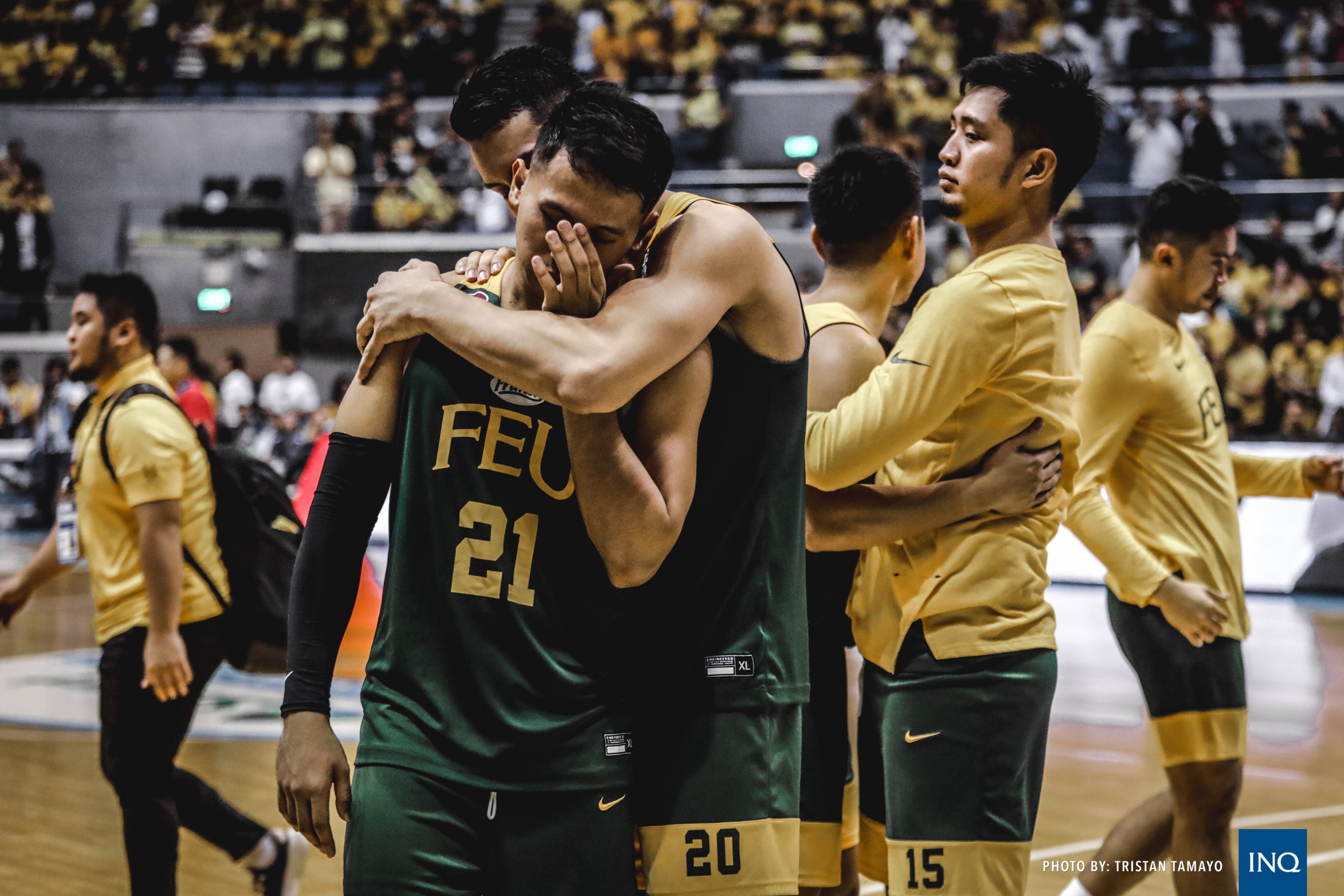 MANILA, Philippines—Wendell Comboy’s collegiate career ended in the opposite way it started.

Far Eastern University was booted out of the title race when it bowed to University of Santo Tomas, 81-71, in the stepladder game of the UAAP Season 82 men’s basketball tournament Wednesday at Smart Araneta Coliseum.

Comboy, one of the four graduating seniors for the Tamaraws, was a champion in his first year in the UAAP but he’ll walk away from the league looking forward to the future with a heart that will need some mending.

“Actually I didn’t expect that our postseason would end this way,” said Comboy in Filipino. “We wanted to get to the finals, of course, but what happened has happened. I’ll get ready for the next level with the help of my manager and my family.”

Comboy has been in the Final Four for his whole collegiate career but his last game in the UAAP was a rough one, scoring just eight points on a miserable 2-of-17 shooting while grabbing seven rebounds.

Nevertheless, the graduating guard was a solid presence for FEU during the season averaging 10.4 points, 4.9 rebounds, and 1.9 assists.

Comboy said that even though they failed to get the title, finishing with an 8-6 record was enough to tell himself that he and the rest of the Tamaraws did a good job.

“The coaches told us that we achieved more this season and coach Olsen [Racela] told us that he’s seen personal growth from all of us,” said Comboy, whose Tamaraws had a spectacular 5-2 record in the second round.

As for Hubert Cani, his career in the UAAP was vastly different with Comboy’s.

Cani was with Ateneo in his freshman year, 2015, but transferred to FEU after just one season and eventually suiting up for the Tamaraws in 2017.

“We’ve worked hard during the season and no one believed that we would be in the Final Four that’s why I’m so proud of this team,” said Cani.