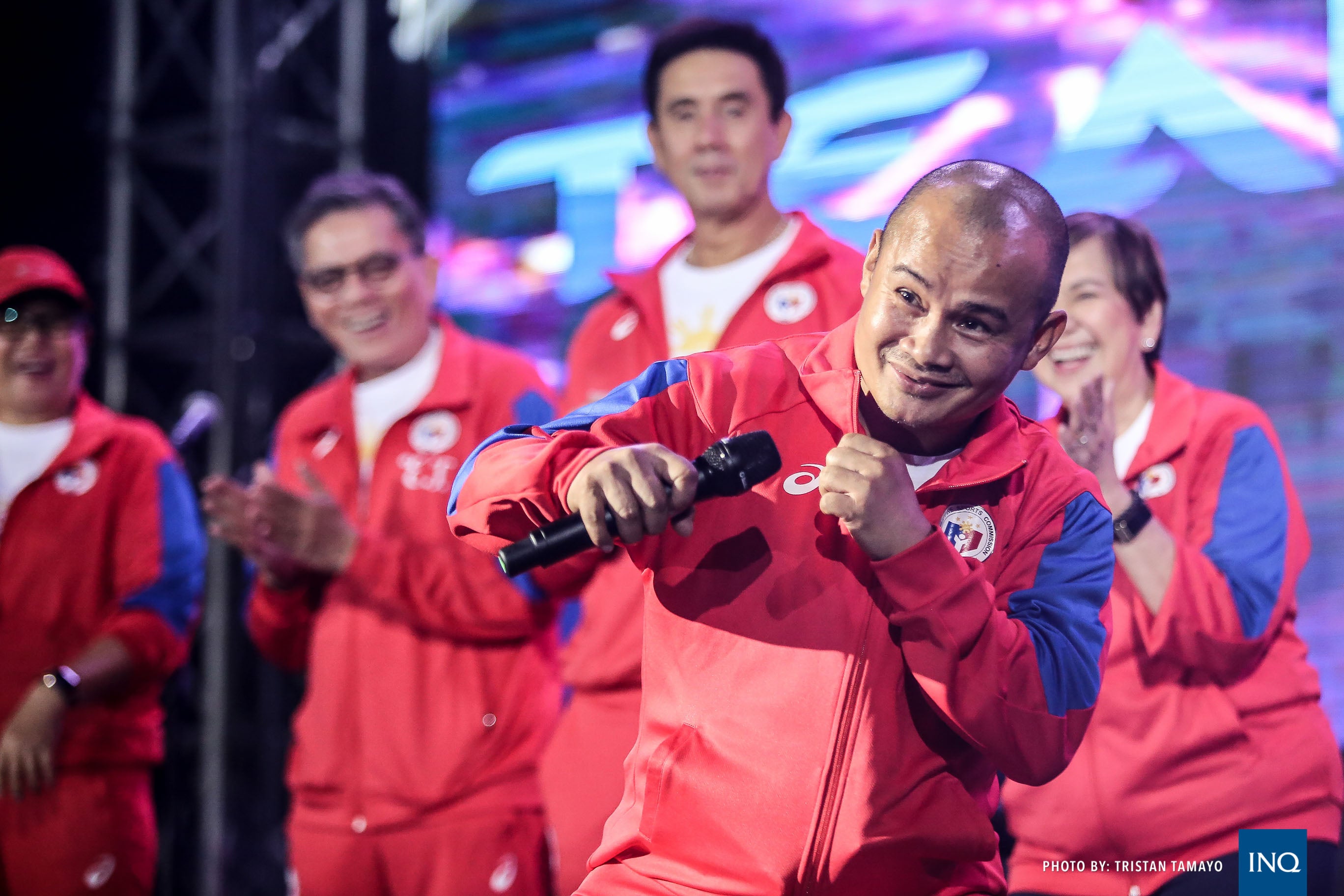 MANILA, Philippines–After the Philippines’ gold and silver medals in the women’s and men’s world boxing championships this year, Mansueto “Onyok” Velasco won’t be surprised if the country returns to the Olympic podium in boxing in Tokyo.

Velasco, who was robbed of a golden performance in the 1996 Summer Games in Atlanta, is liking the direction Philippine boxing is heading.

“The state of Philippine boxing now is getting better and better because we just won the gold in the women’s world championship and silver in men’s so it’s continuing to rise,” said Velasco in Filipino Wednesday during a sendoff for the country’s 1,115 athletes at Ninoy Aquino Stadium.

Velasco remains the last Filipino boxer to medal in the Olympics but he is confident the drought will end soon after Nesthy Petecio’s gold in the women’s and Eumir Felix Marcial’s silver in the men’s world championships.

“I’m happy because the SEA Games is going to be held here and it’s going to favor our athletes because fighting in front of your hometown crowd gives you more strength.”

Boxing competitions in the SEA Games begin on Dec. 3 at the PICC in Pasay City.