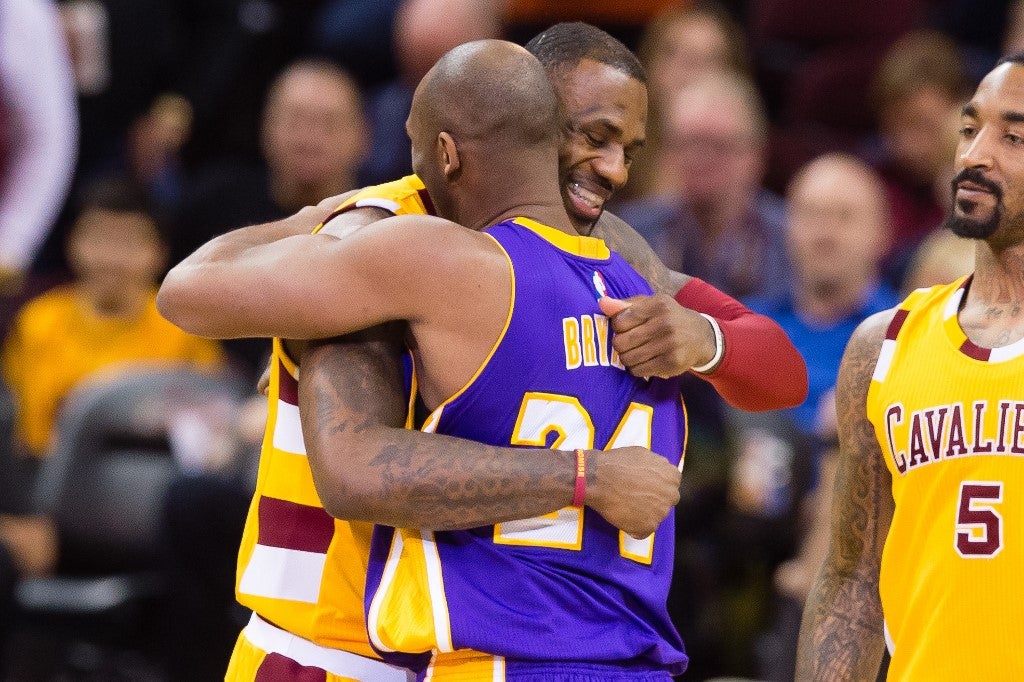 NBA superstar LeBron James said Monday he was “heartbroken and devastated” over the death of Kobe Bryant while vowing to continue Bryant’s championship legacy with the Los Angeles Lakers.

Bryant, a five-time NBA champion in 20 seasons with the Lakers, died Sunday at age 41 in a helicopter crash only hours after Lakers star James overtook him for third on the league’s all-time scoring list.

“I’m heartbroken and devastated my brother,” James posted on Instagram. “Man I love you big bro.

“I promise you I’ll continue your legacy man! You mean so much to us all here especially #LakerNation and it’s my responsibility to put this shit on my back and keep it going!!

“Please give me the strength from the heavens above and watch over me! I got US here!”

The NBA postponed Tuesday’s scheduled Lakers game against the Los Angeles Clippers in the wake of Bryant’s tragic death. The Lakers’ next scheduled game is at home Friday against Portland.

James also made it clear he is still trying to process the shocking death of an iconic long-time rival and dear friend long before they had expected to say farewell, the crash having killed nine people in all, including Bryant’s daughter Gigi.

“I’m Not Ready but here I go,” James said to start his message. “Man I sitting here trying to write something for this post but every time I try I begin crying again just thinking about you, niece Gigi and the friendship/bond/brotherhood we had!

“I literally just heard your voice Sunday morning before I left Philly to head back to LA. Didn’t think for one bit in a million years that would be the last conversation we’d have. WTF!!”

Continuing to move the game forward @KingJames. Much respect my brother 💪🏾 #33644

But the Lakers have suffered six consecutive losing seasons since their last playoff appearance, including the final three campaigns of Bryant’s career.

This season, the Lakers have the second-best record in the NBA at 36-10 to lead the Western Conference, with James averaging 25.3 points, 7.7 rebounds and a league-best 10.7 assists a game.

James had reached the NBA Finals eight consecutive years and nine times in his career until last year’s Lakers struggled in his first season with the club.

Bryant retired in 2016, the same year James fulfilled his life dream of winning an NBA title with his hometown club, the Cleveland Cavaliers, after having taken his first two crowns with the Miami Heat.

James led the Cavaliers into the NBA Finals the next two seasons, losing each time to Golden State, and in 2018 opted to leave Cleveland and join the Lakers.

“There’s so much more I want to say but just can’t right now because I can’t get through it!” James wrote. “Until we meet again my brother!!”

James’s message came alongside a photo of him in a Lakers uniform greeting Bryant as he rose from a courtside seat.