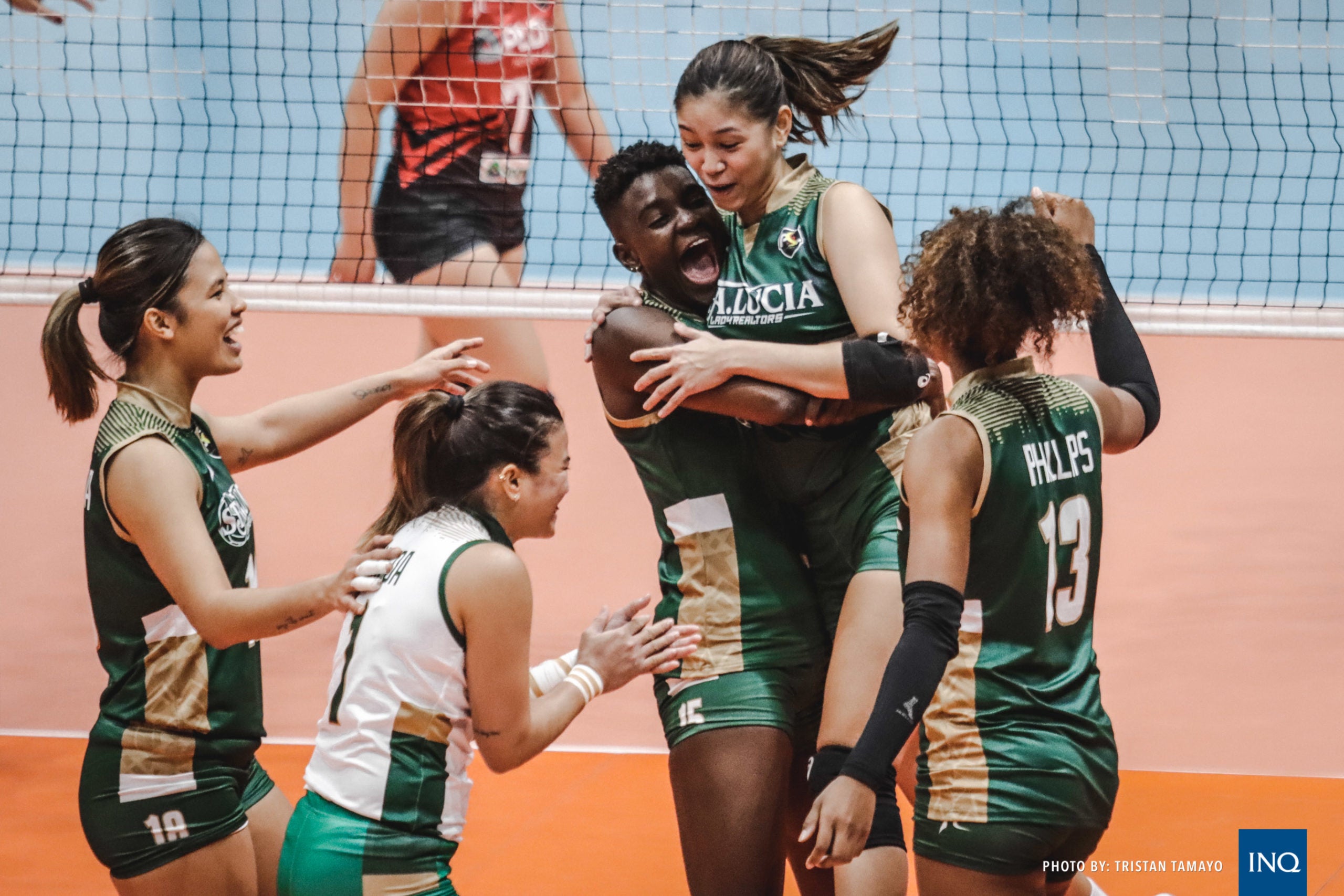 MANILA, Philippines—Sta. Lucia started off its season with grueling sweep of PLDT Home, 26-24, 25-23, 29-27, in the opening day of the Philippine Super Liga Grand Prix Saturday at Filoil Flying V Center.

The Realtors trailed for much of the third set but found the breakthrough late when MJ Phillips won the joust for the 23-23 tie.

After another round of back-and-forth, Phillips once again had her hand in the clutch scoring off combination play with Mika Reyes serving as the decoy to give the Realtors a 27-26.

Shainah Joseph then put Sta. Lucia up 28-27 before Maeva Orle’s last kill was ruled an error.

“The players had a very good attitude, second they’re very coachable, then third each and every one of them quickly caught up with each other,” said Realtors head coach Eddieson Orcullo in Filipino.

“I told them that PLDT won’t just give this one up and that our players should just focus.”

Joseph led all scorers with 23 points while Phillips and new addition Mika Reyes had 14 and 10 points, respectively.

Orle had 18 points to lead the Fibr Hitters while Aiko Urdas added 12.