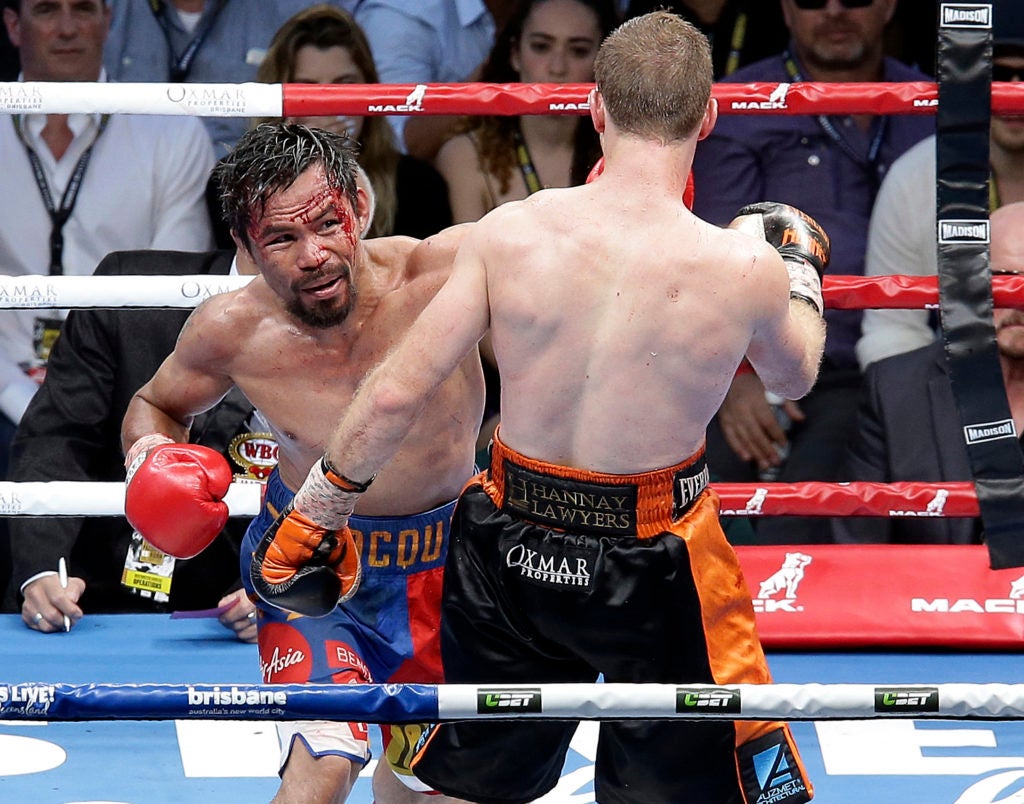 BRISBANE, Australia  — Jeff Horn has been encouraged to retire after the former world champion was beaten by Tim Tszyu in a super-welterweight bout.

Three years after beating Manny Pacquiao at a packed Suncorp Stadium in Brisbane, the Australian said he felt relief Wednesday when the official stopped their bout ahead of the ninth round.

Horn didn’t officially end his career after the loss, but knows it will be difficult for him to convince his wife and two daughters that the best decision is to fight on after his third loss from his last five bouts.

“I’ll go home and talk to (wife) Jo but I know what she’s going to say,” he said. “In the end, I have to ask if I have more in the tank or is that it. I probably don’t have the hunger of Tim Tszyu. I’ve been there, done the world title, I was just fighting for the big fights and the mountain was too big for me tonight.”

Tim Tszyu is the son of former world champion and Russian-born Kostya Tszyu.

“I think tonight would be a nice full stop,” Lonergan said of the 32-year-old Horn’s career. “The baton I think’s been passed.”

Horn had dropped a weight division and entered the Townsville stadium bout in north Queensland full of confidence, but it didn’t take long for Tszyu to assume control. Horn was knocked down in the third and sixth rounds and referee Phil Austin stopped the contest after eight rounds.

“He was very good; he made me look silly out there,” Horn said of Tszyu. “It was more of a relief than anything that the referee was saying he’d seen enough.”