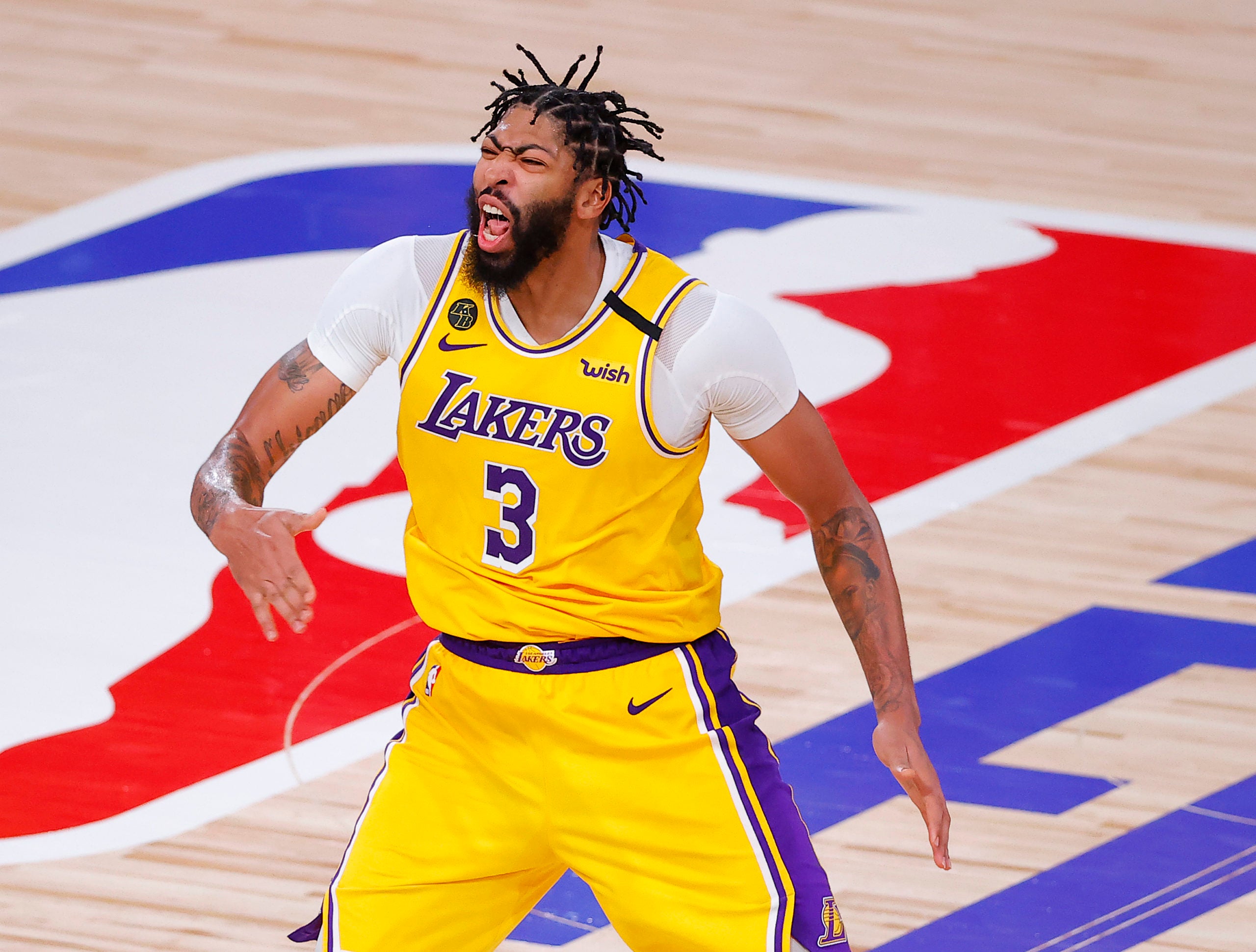 FILE — Anthony Davis #3 of the Los Angeles Lakers reacts to a three point basket during the fourth quarter against the Miami Heat in Game Four of the 2020 NBA Finals on October 6, 2020 in Lake Buena Vista, Florida. Kevin C. Cox/Getty Images/AFP

Free agent Anthony Davis and his agent are set to meet with Lakers brass on Tuesday to discuss his potential return to the team, the Los Angeles Times reported.

The Lakers acquired Davis last summer from the New Orleans Pelicans for Lonzo Ball, Brandon Ingram, Josh Hart and three first-round draft picks, and he helped the team to its first NBA title since 2010. It was widely expected at the time of the trade that he’d sign a contract extension but instead opted out of the final year of his contract.

A seven-time All-Star, Davis could re-sign with the Lakers for anywhere from two years and $68 million to five years for close to $198 million.

Davis, 27, has not signaled the type of contract he’s seeking, but the clock is ticking with training camps set to open Tuesday. Preseason games are scheduled to begin Dec. 11.

The Lakers have made a number of offseason changes, which include adding guards Dennis Schroder and Wesley Matthews along with big men Marc Gasol and Montrezl Harrell.

Avery Bradley, Dwight Howard, Danny Green and Rajon Rondo are among the players not returning.