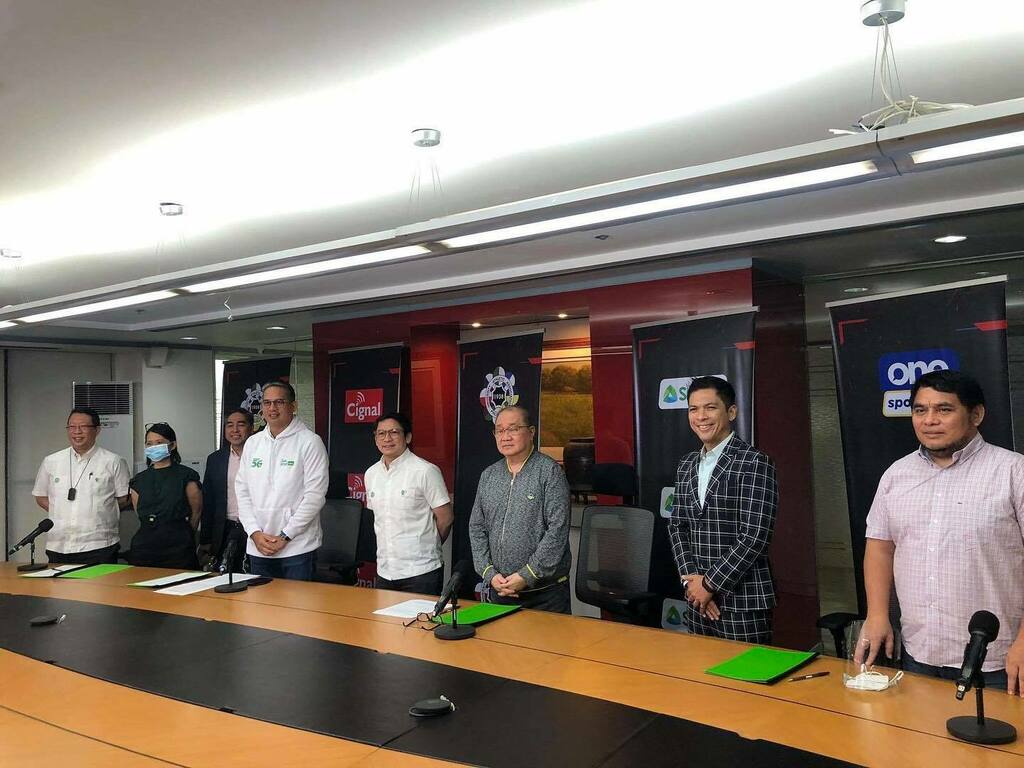 UAAP and Cignal executives during a contract signing on Thursday. UAAP PHOTO

MANILA, Philippines—Telecommunications tycoon and top sports Manny V. Pangilinan is ready to do what it takes to make sure that UAAP Season 84 goes on without a hitch.

Pangilinan, who is the chairman, president and CEO of PLDT, said that he and his group will try to procure COVID-19 vaccines for the student-athletes of the UAAP if it becomes available.

“If we could procure a vaccine, we will try to get for you. About 130 [doses] times two or three, we could certainly allocate some to the UAAP,” said Pangilinan during the UAAP and Cignal’s contract signing.

Cignal, which is under PLDT, will be the UAAP’s broadcasting partner for five years starting in 2021.

The UAAP had to cut short Season 82 and had to totally cancel Season 83 due to COVID-19.

This is the first time that the UAAP had to call off a season since the 1941-42 academic year during World War II and was only able to return to normalcy in 1946-47.

UAAP Executive Director Atty. Rebo Saguisag said the league is looking to start the next season in September 2021 barring any risks.