Rockets lean on Wall in victory over Kings 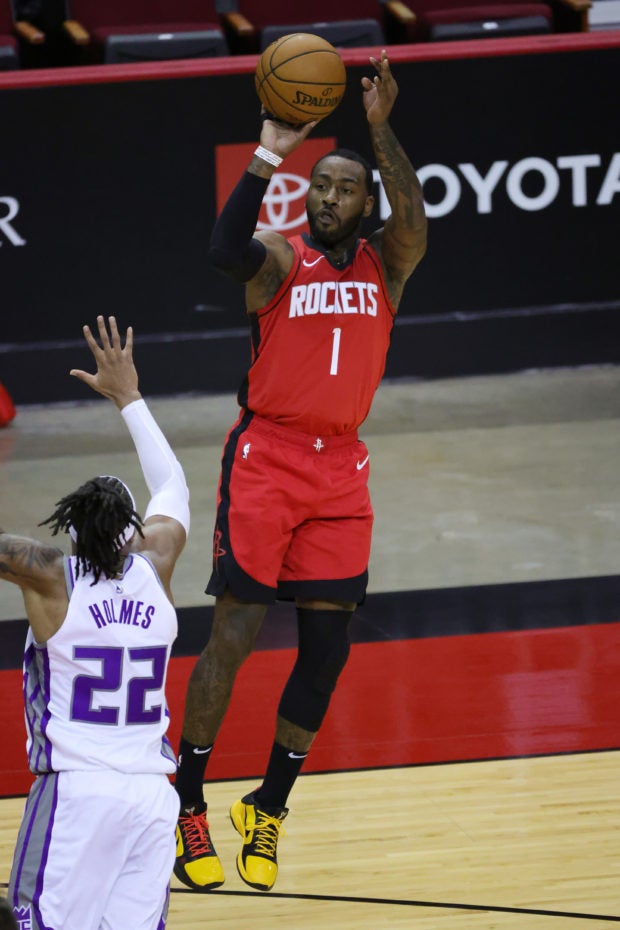 Eric Gordon replaced Harden and scored 21 points, while Christian Wood finished with 20 points and 15 rebounds for the Rockets, who also beat the Kings 122-119 on New Year’s Eve.

Harden had 33 points in that one but was a late scratch Saturday. The disgruntled American, who has asked for a trade, sat out with a sore ankle, although he has not been placed on the injury list.

Sterling Brown came off the bench to score 11 points in the win.

The Rockets seized their first double-digit lead of the game, 92-81, early in the fourth quarter when David Nwaba and Gordon drained back to back threes.

The Kings got to 92-83 with just over eight minutes left, but then cold shooting and turnovers resulted in them not scoring a basket for five minutes.

De’Aaron Fox led the Kings with 23 points, while Buddy Hield chipped in 17 points in the loss.

Elsewhere, Darius Bazley had 19 points and 12 rebounds to lift the Oklahoma City Thunder to a 108-99 road win over the Orlando Magic.

Bazley posted his second double-double of the season after making just one last season for the Thunder, who had six players in double-figure scoring.

George Hill finished with 18 points, and Shai Gilgeous-Alexander had 16 for the Thunder, who snapped a three-game losing skid.

Nikola Vucevic scored a team-high 30 points, while Terrence Ross added 26 for Orlando, who have lost two straight after starting the season 4-0.,

Orlando was just eight of 28 from the floor in the fourth, missing all 10 of its three-point attempts.