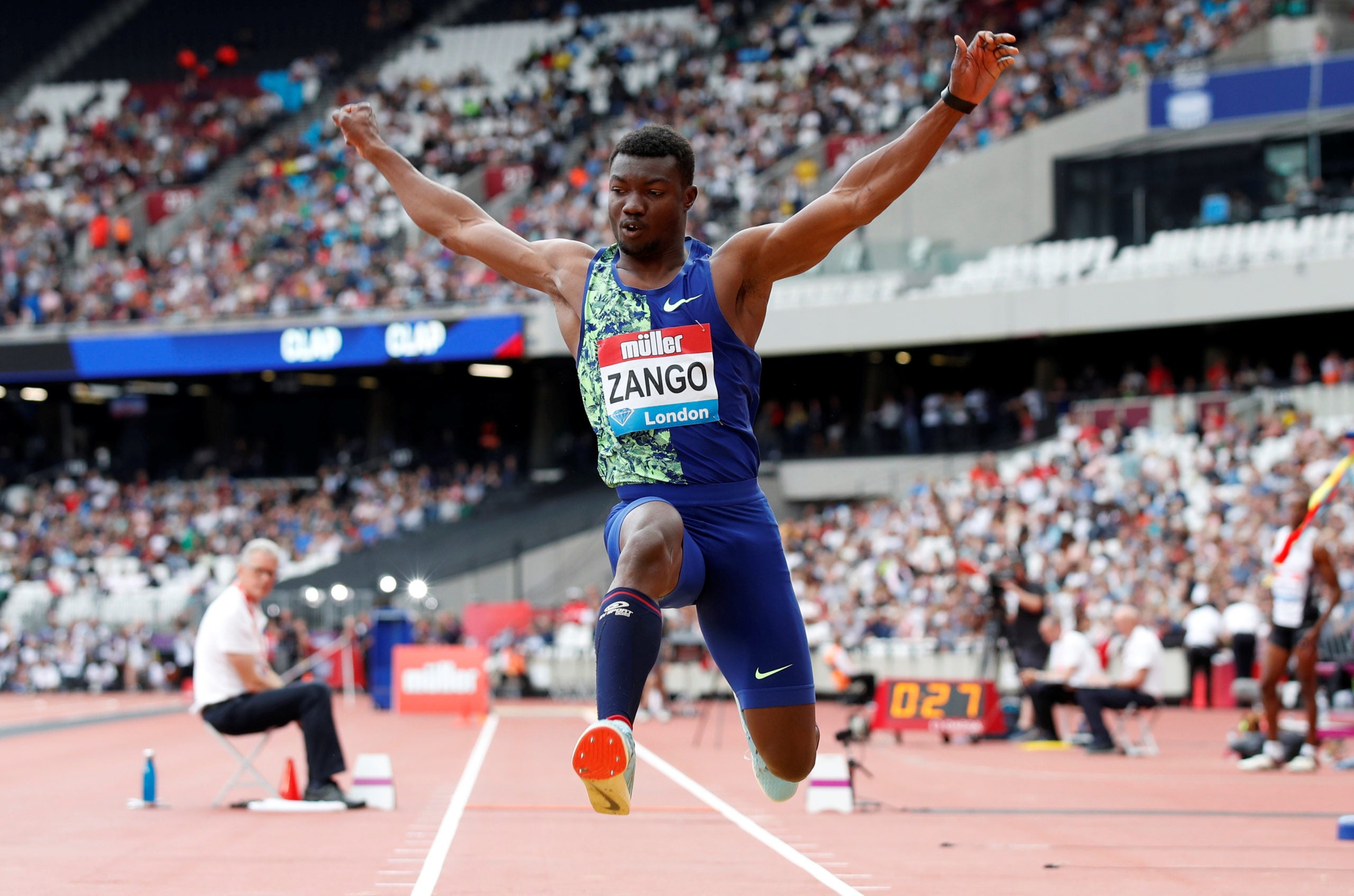 Hugues Fabrice Zango became the first athlete from Burkina Faso to set a world record when he posted the longest ever indoor triple jump with a leap of 18.07 meters at an event in Aubiere in France on Saturday.

Zango, who won bronze at the World Championships in 2019, added 15 centimeters to the previous record, set by his own coach, Frenchman Teddy Tamgho, in 2011.

With his final effort, he floated beyond 18m to break his own previous lifetime best by 30 centimeters.

“(Zango) holds the Burkinabe flag high, filling us with pride,” Kabore said in a Facebook post. “I ask him to keep going in preparation for a brilliant performance at the next Olympic Games.”

Britain’s Jonathan Edwards holds the outdoor triple jump world record with a leap of 18.29m in Gothenburg in 1995.

Your subscription could not be saved. Please try again.
Your subscription has been successful.
Read Next
LeBron James leaves behind Coke for deal with Pepsi
EDITORS' PICK
12-year data track poor training of PH teachers
vivo Philippines offers a free bouquet of flowers and a premium necklace perfect for Valentine’s Day
US gets access to more PH bases
Omega Speedmaster super racing: Tiny device massive change
CBCP releases litany of thanks for better health
House energy committee chair Arroyo bats for cheap electricity
MOST READ
Don't miss out on the latest news and information.