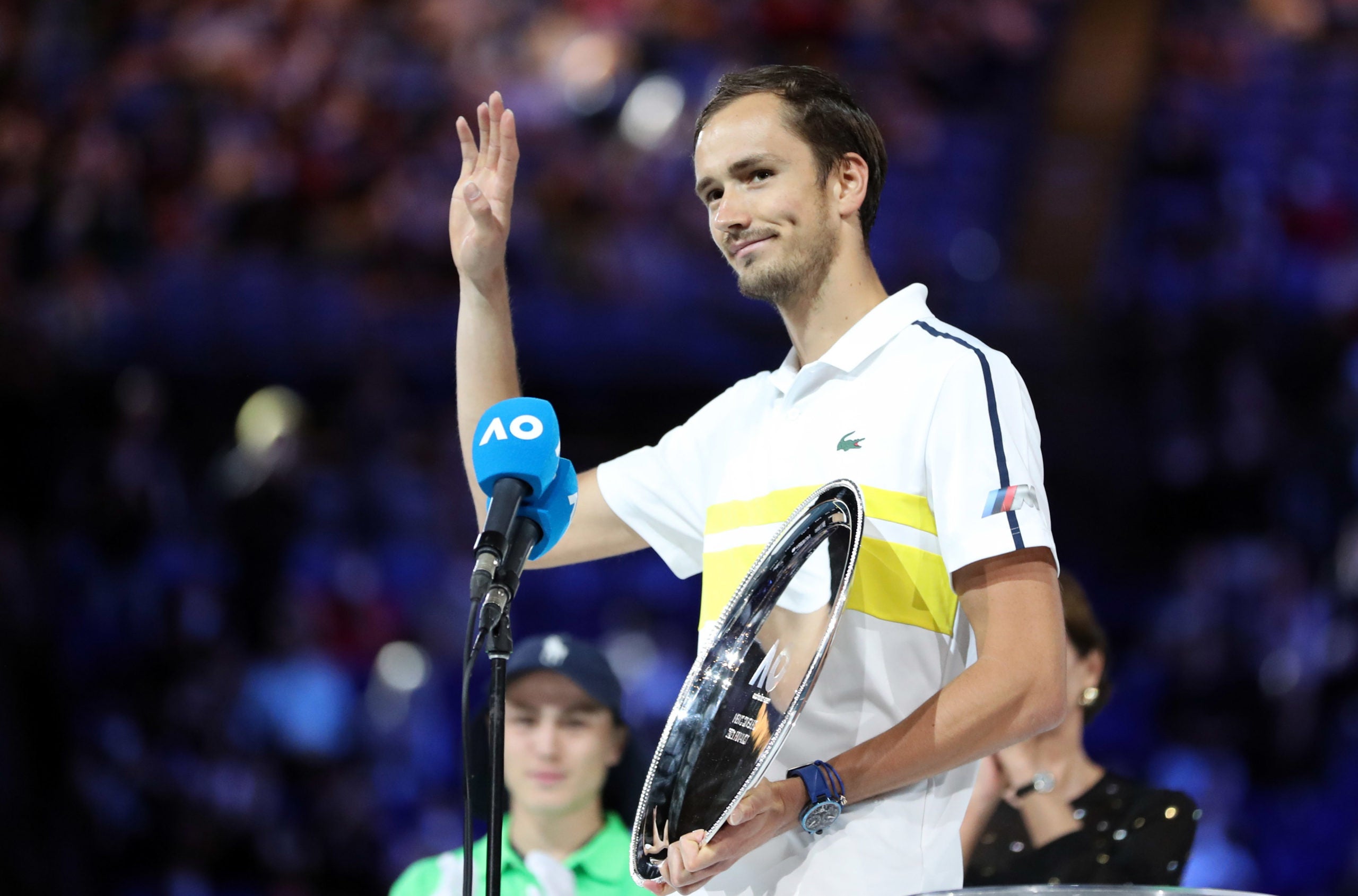 Daniil Medvedev broke into the top three for the first time in Monday’s ATP rankings, while Russian compatriot Aslan Karatsev shot up 72 places after his shock run to the Australian Open semifinals.

Medvedev finished runner-up at a Grand Slam for the second time as he was swept aside by top-ranked Novak Djokovic in Sunday’s final in Melbourne, the Serb collecting his 18th major title.

Former US Open finalist Medvedev switched spots with Dominic Thiem, who slipped to fourth after he was demolished by Grigor Dimitrov in straight sets in the last 16.

Bulgarian Dimitrov returned to the top 20 but the biggest move was Karatsev, a qualifier who became the first man in the Open era to reach the semi-finals of a major on a main draw debut.

Karatsev, 27, rose from 114th to 42nd after knocking out three seeds before his dream run was ended by Djokovic in the last four.

The win reinforced Djokovic’s status as world number one, guaranteeing he will mark his 311th week there as of March 8, surpassing Roger Federer’s record of 310.

ATP rankings as of February 22: