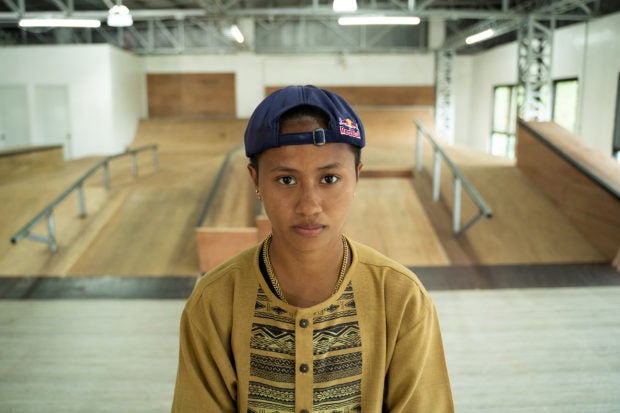 MANILA, Philippines—Margielyn Didal is stepping into the biggest stage of her career when she represents the Philippines in the 2020 Tokyo Olympics.

But Didal never expected to be an Olympian when she started skateboarding.

Skateboarding had not been a part of the Olympics until Tokyo with the sport making its first appearance in the Summer Games.

“I mean not like till three years ago because skateboarding before was a lifestyle that I do for fun or I can do until I can earn money,” said Didal Friday in a virtual press conference.

It was only in 2016 that skateboarding was approved to be part of the 2020 Olympic program along with baseball, softball, karate, surfing, and sport climbing.

Two years later when skateboarding became an approved Olympic discipline, Didal made history after winning the gold medal in the street event of the Asian Games in Indonesia.

Read Next
Gilas Pilipinas safely arrives in Serbia for Olympic qualifiers
EDITORS' PICK
Look Through: The fate of impounded stray dogs
Metro Manila’s COVID-19 cases on downward trend, but surge not over — OCTA
House energy committee chair Arroyo bats for cheap electricity
Palace warns sugar hoarders after raid on Pampanga warehouse
What to watch out for when selecting a video surveillance solution
Unleash the photographer in you this World Photography Day with vivo smartphones
MOST READ
DOJ indicts bank officer in $2.1 billion Wirecard fiasco
WATCH: Rick Astley re-creates ‘Never Gonna Give You Up’ music video 35 years later
LOOK: Miel Pangilinan dazzles in glittery pre-debut shoot
PNP bars US legislators’ visit to De Lima due to lack of authority from court
Don't miss out on the latest news and information.