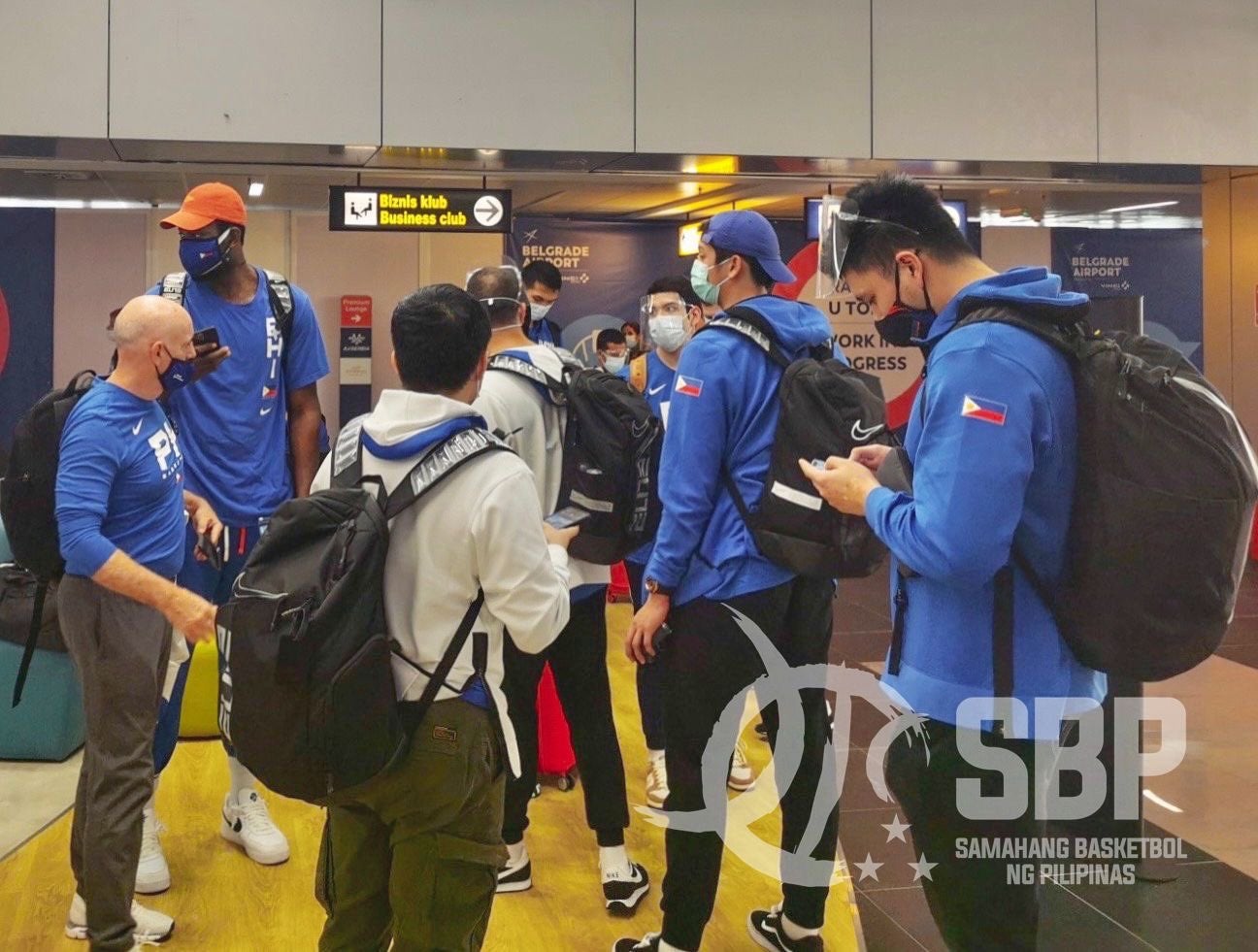 MANILA, Philippines—Gilas Pilipinas has landed in Belgrade, Serbia ahead of the Fiba Olympic Qualifying Tournament.

Samahang Basketbol ng Pilipinas tweeted about the team’s arrival in the Serbian capital following some delays in their flight.

The team had a short layover in Istanbul, Turkey before going to Belgrade but their flight hit a snag after an aborted takeoff in the Turkish capital.

After a scare caused by an aborted takeoff from Istanbul, Gilas Pilipinas has now safely landed in Belgrade, Serbia for the OQT. #ParaSaBayan #Puso pic.twitter.com/GwJ0EhH5Wj

“After a scare caused by an aborted takeoff from Istanbul, Gilas Pilipinas has now safely landed in Belgrade, Serbia for the OQT. #ParaSaBayan #Puso,” posted the SBP.

The Philippines is grouped with the Dominican Republic and Serbia in Group A of the Belgrade leg of the OQT.

Only the best team in each of the OQT legs—Belgrade, Split, Kaunas, and Victoria—will advance to Tokyo.