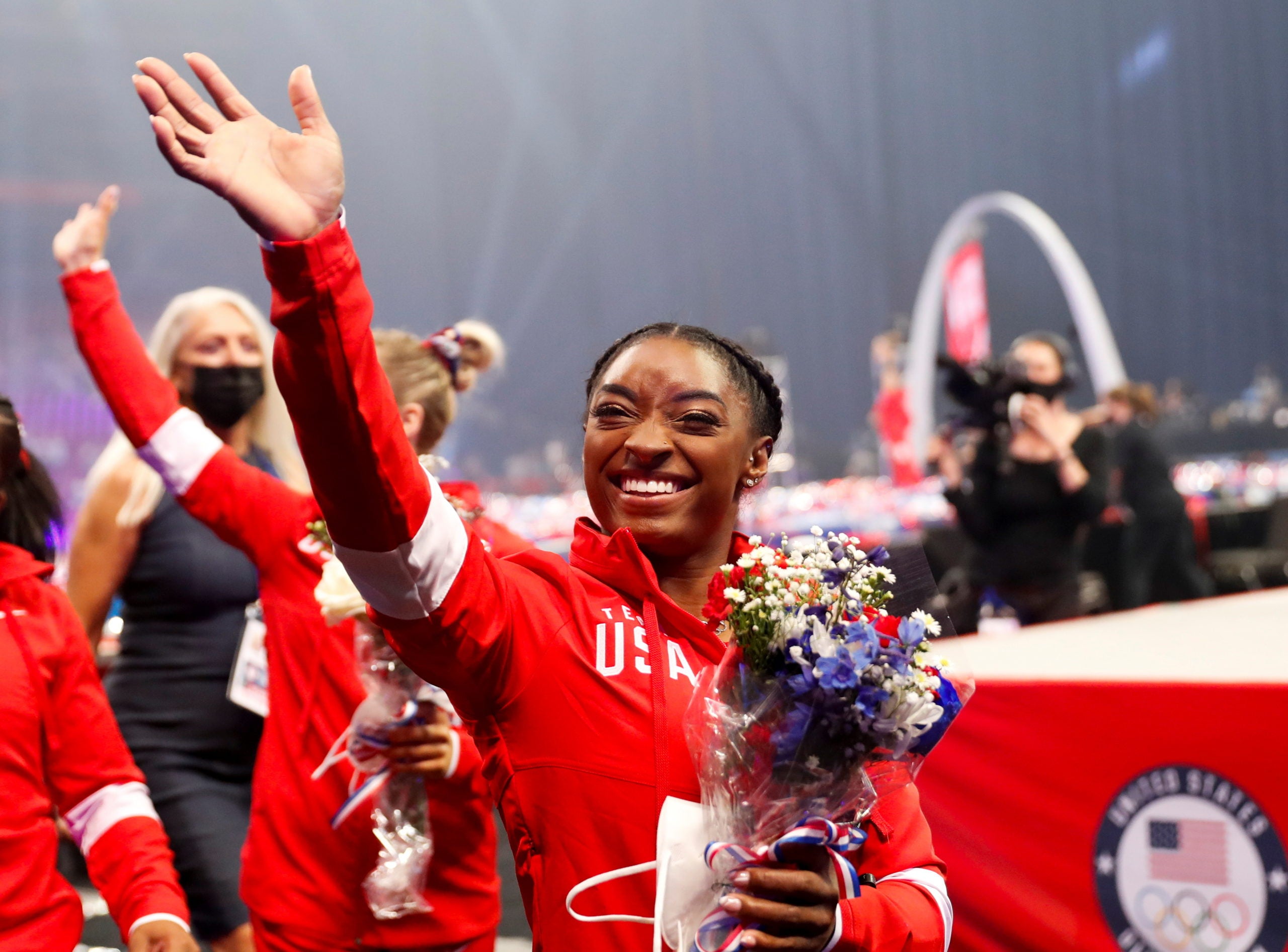 FILE PHOTO: Simone Biles waves at fans after being named to the Olympic team in the closing ceremony during the final day of women’s competition in the U.S. Olympic Team Trials for gymnastics in St. Louis, Missouri, U.S., June 27, 2021. REUTERS/Lindsey Wasson

With the Olympic trials wrapped up on Sunday, the 20-year-old is one of five Olympic newcomers set to compete for the highly decorated US gymnastics team in Tokyo this summer, with 2016 veteran Biles, 24, one of the most decorated competitors in the history of the sport, leading the way.

Chiles, who ranked third overall during the two-day competition at St. Louis, Missouri, nearly quit the sport in 2018 and said she credits Biles with helping her to this point in her career.

“I thank her 24/7 and it’s something that I wish a lot of people had that same experience,” said Chiles. “She will forever be my partner in crime.”

Sunisa Lee, 18, who came in second behind Biles in the all-around at the nationals, and finished with a higher score on the second night, and 18-year-old Grace McCallum rounded out the four-person team.

MyKayla Skinner, 24, who was a designated replacement athlete in 2016 but did not compete, picked up the individual quota spot after Jade Carey, 21, previously qualified for an individual spot through World Cup performances.

As the only returning member of the Rio Olympics’ gold medal-winning “Final Five,” Biles is well aware of the outsized responsibility she has on the team.

“I’m old, I feel like I have a lot of wisdom,” said Biles, “I’ve been here before, so I just want to keep everybody cool, calm and collected.”

The US will begin their Olympic title defense Sunday, July 25, in Tokyo’s Ariake Gymnastics Centre.

All smiles for Biles, as Tokyo comes into focus at US trials