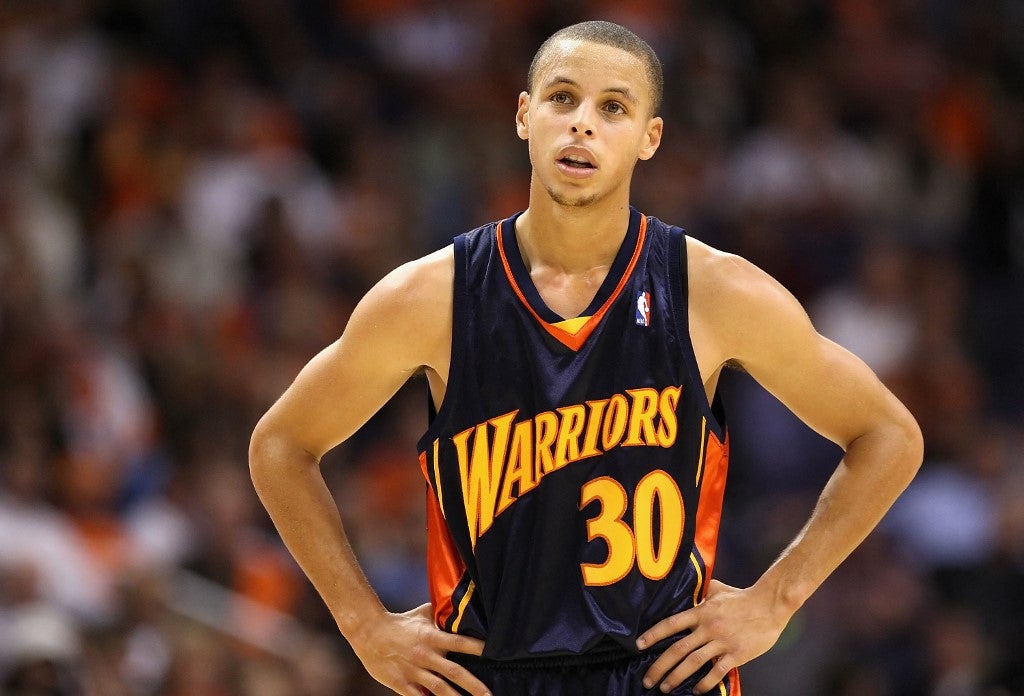 FILE —  Stephen Curry #30 of the Golden State Warriors reacts during the NBA game against the Phoenix Suns during at US Airways Center on October 30, 2009 in Phoenix, Arizona.  Christian Petersen/Getty Images/AFP

The most expensive trading card in existence belongs to the Golden State Warriors’ Stephen Curry.

Well, it belongs to alternative investment firm Alt, technically, but it has Curry’s likeness on it.

A new record for a sports card. pic.twitter.com/9NmX6om4qz

The record-setting card recently fetched the price of $5.9 million, breaking the previous record of a LeBron James card that went for $5.2 million, to Alt as well.

“Steph is a generational player,” Alt’s founder Leore Avidar told NBC Sports. “Our data shows that Steph’s cards have increased 35% in value YTD — compare that to the S&P and you can see the outsized return potential.”

The Warriors finished 39-33, good for ninth in the Western Conference, losing in overtime to Memphis 117-112 in a play-in game.

Read Next
Chris Paul masterful in NBA Finals debut but title is his goal
EDITORS' PICK
Do all the things you do, faster
Metro Manila now at moderate risk for COVID-19 — DOH
Look Through: Super Typhoon Karding barrels through parts of Philippines
POGOs not linked to Illegal online gaming, says Pagcor
House energy committee chair Arroyo bats for cheap electricity
Motorcycles, smartphones, and cash prizes up for grabs in TNT’s ‘Tuloy Ang Saya’ Raffle in Mindanao
MOST READ
Robredo supporter tackles elephant in room: No massive fraud in 2022 polls, surveys were just right
Comelec invalidates win of sitting governor in Negros Oriental
‘Shopee’ trends on Twitter after Toni Gonzaga becomes its new endorser
Putin to annex four Ukrainian territories in Kremlin ceremony on Friday
Don't miss out on the latest news and information.