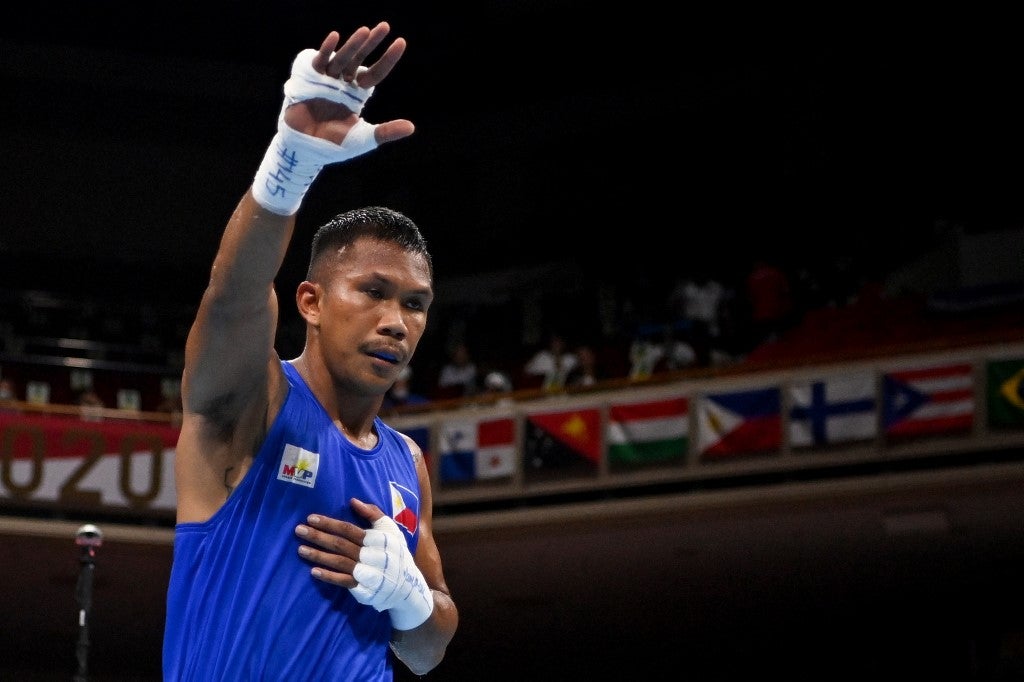 Philippines’ Eumir Marcial celebrates after winning against Algeria’s Younes Nemouchi (red) after their men’s middle (69-75kg) preliminaries round of 16 boxing match during the Tokyo 2020 Olympic Games at the Kokugikan Arena in Tokyo on July 29, 2021. (Photo by Luis ROBAYO / various sources / AFP)

MANILA, Philippines–Eumir Marcial’s keenly-awaited debut didn’t last long as he stopped Younes Nemouchi of Algeria late in the first round of their men’s middleweight round of 16 at the Tokyo Olympics at Kokugikan Arena.

Marcial, a top gold bet in his class, scored an early knockdown before the fight was called off due to a cut above Nemouchi’s right eye.

(It was a close fight. He just kept on coming in. My right hook sent him down but he’s a tough opponent.)

The 25-year-old Marcial moved on to the quarterfinal round against Arman Darchinyan of Armenia on Sunday where a win would assure him of at least a bronze medal.

Eumir Marcial is ecstatic after his debut win! 🇵🇭

On Wednesday, Nesthy Petecio secured a podium finish for after making the women’s featherweight semifinals on Wednesday.

Irish Magno was the first Filipino boxer to crash out of the competition while Carlo Paalam is scheduled to fight for a spot in the final eight.