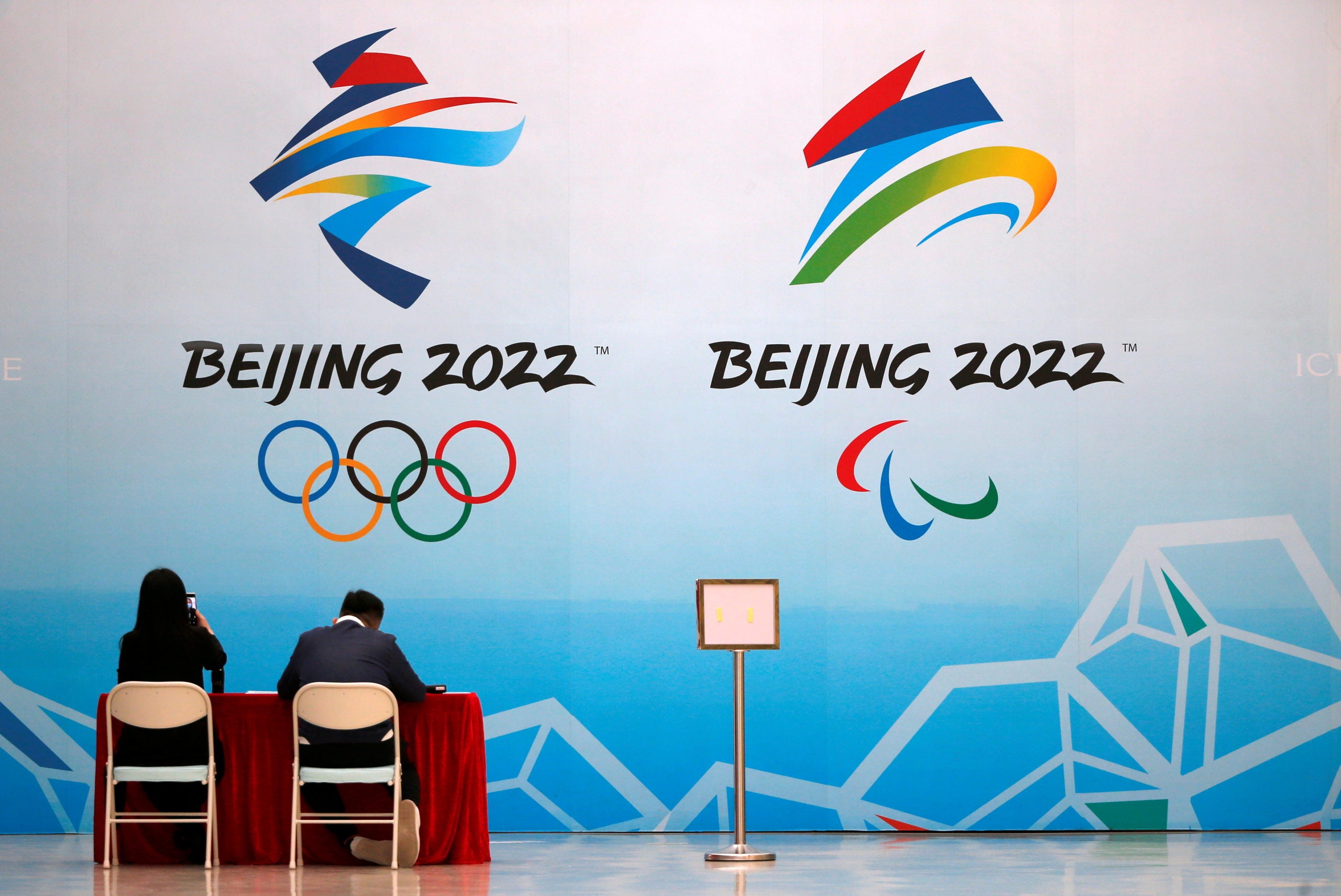 FILE PHOTO: Staff members sit near a board with signs of the 2022 Olympic Winter Games, at the National Aquatics Center, known colloquially as the “Ice Cube”, in Beijing, China April 1, 2021. REUTERS/Tingshu Wang

TOKYO —Hong Kong and Taiwan will be able to send teams to Beijing for the 2022 Winter Olympics in February just as for any other Games despite any ongoing political tension with China, the International Olympic Committee said on Sunday.

Beijing was awarded the Games in 2015 becoming the first city to host summer and winter editions of the Olympics.

“They (China) have been extremely clear in 2015 that the Olympic Charters would be respected,” IOC Olympic Games director Christophe Dubi said on Sunday.

“The host city contract is extremely precise about what is expected. We see absolutely no sign that it will be any different. Everybody welcome.”

China sees democratically-ruled Taiwan, which competes at the Olympics as Chinese Taipei at the insistence of Beijing, as part of “one China” and has never ruled out the use of force to bring the island under its control.

It has also stepped up efforts to assert its sovereignty claims, including regular flights by fighter jets and bombers close to the island.

There have been concerns that any Olympic participation for Taiwan’s Olympic Committee in the Chinese capital in February next year could be problematic.

Taiwan has been incensed by the repeated Chinese military drills near the island, while China has lambasted the United States for stepping up its support for Taiwan.

Hong Kong, which has a separate national Olympic Committee from China identified as Hong Kong, China, is battling to retain a wide degree of autonomy after the territory returned from British to Chinese rule in 1997.

Critics say those freedoms are being trampled, an assertion authorities in Beijing and Hong Kong reject.

Both Hong Kong and Taiwan competed at the 2008 Beijing summer Olympics.