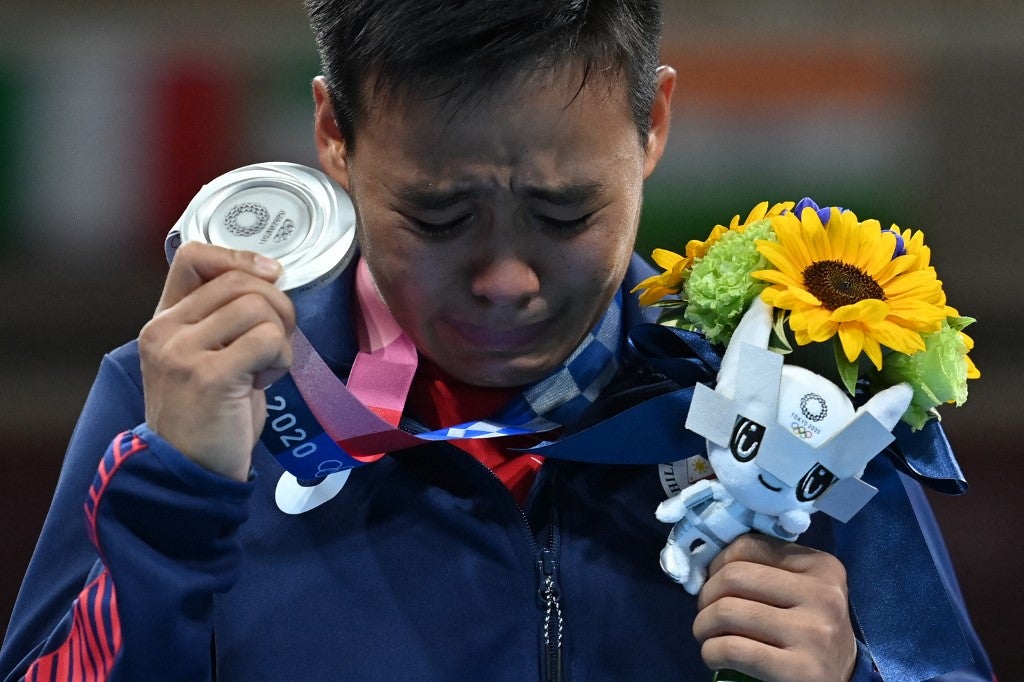 Silver medalist Philippines’ Nesthy Petecio poses on the podium with her medal after the women’s feather (54-57kg) boxing final bout during the Tokyo 2020 Olympic Games at the Kokugikan Arena in Tokyo on August 3, 2021. (Photo by Luis ROBAYO / POOL / AFP)

After a silver finish in the women’s featherweight at the Tokyo Olympics, Petecio quickly turned her attention to Paris 2024 Games where she hopes to get over the gold medal hump.

(My Olympic journey continues. Just like champ Haydee, she won the silver in Rio and she won the gold here.)

The Philippines won its breakthrough gold medal thanks to Hidilyn Diaz, whose Tokyo stint was her fourth straight Olympic run after settling for the silver medal in Rio 2016.

Petecio, who absorbed a questionable unanimous decision loss to hometown bet Sena Irie in the final, hopes to follow the same blueprint as she continues her Olympic journey.

(Who knows? It could happen in Paris. The fight continues.)