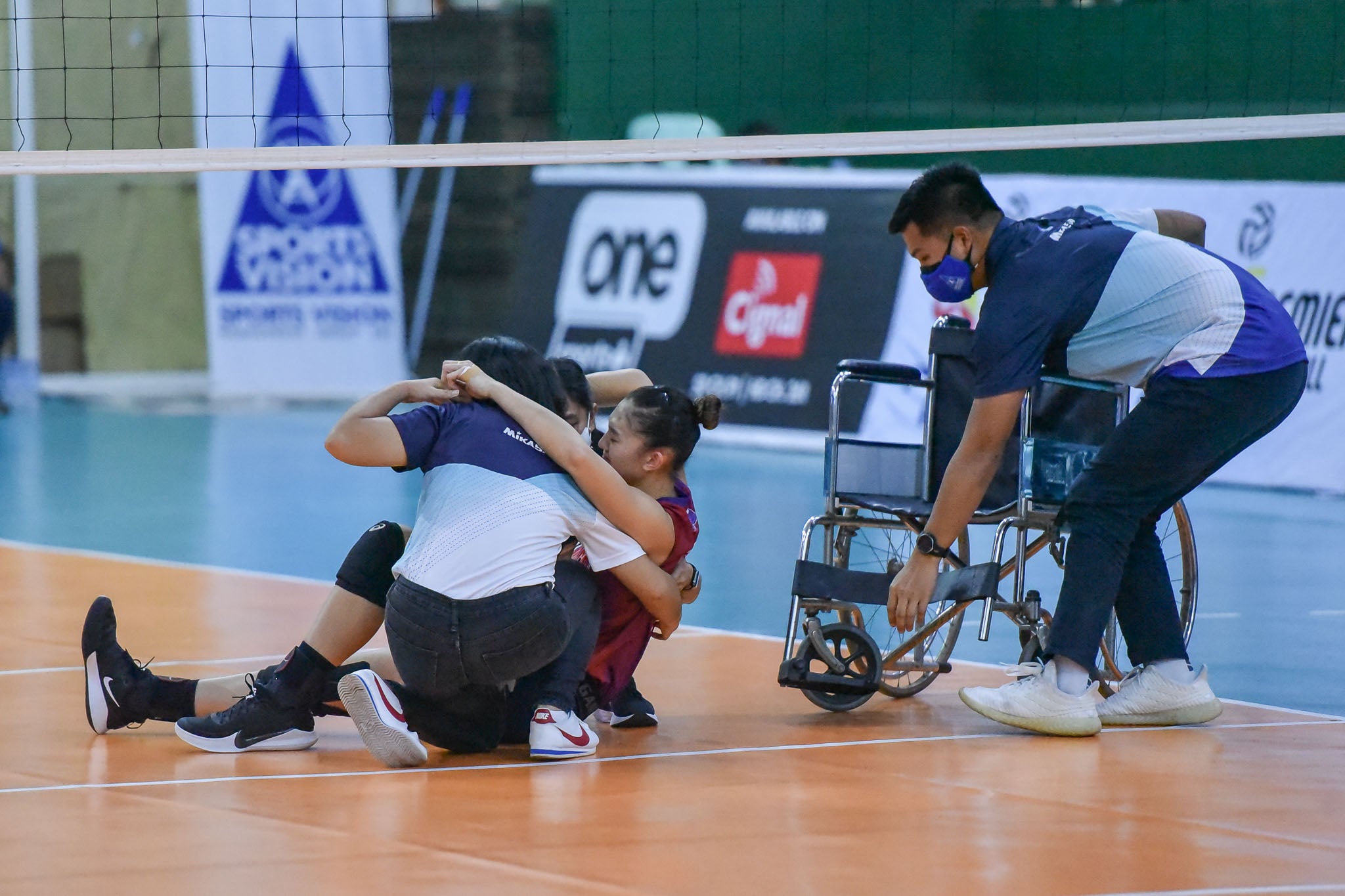 With the Flying Titans on their sixth straight game, Madayag went down with a left knee injury in Game 1 of their bronze medal match against Petro Gazz on Wednesday.

After much speculation, the team confirmed on Friday that Madayag had suffered an ACL injury that will likely keep her out for about a year.

I’m just hoping the next time around, coaches suggestions wouldn’t be taken lightly. And that it wouldn’t have to reach to a point where a player/athlete has to be put in this kind of situation. pic.twitter.com/7vf4vPMVgN

“This conference has taught me, my teammates, my fellow players, and coaching staff the utmost importance of our health. Especially rest and recovery.”

Choco Mucho was one of the favorites to win the title this season and the Flying Titans looked every bit of a contender after a 6-0 start.

The club, however, got knocked off by eventual champion Chery Tiggo in the semifinals.

The Flying Titans still had the chance to salvage third place but the injury to Madayag proved too much to overcome. They were swept by Petro Gazz in the consolation round with coach Oliver Almadro opting to hold out his weary starters in Game 2 following Madayag’s injury in the opener.

Madayag said the coaching staff made sure the players were in tip-top shape before the season began so that the risk of sustaining a major injury would be lessened.

“I, for one, made sure to focus on my knee health so that I would not have to experience any of my past major injuries again. We’ve worked so hard behind the scenes just to avoid having major injuries,” she said.

“However, the body—no matter how healthy or strong—can only handle so much. It is unfortunate that despite the intensive strengthening and training done prior to the league had to be negated all because of a rushed schedule,” she added. “It pains me to have incurred such a heartbreaking injury when all I did before the competition was to take care of my body to avoid getting hurt. I am truly lost for words.”

It wasn’t the first time Madayag had to deal with an ACL injury. In 2016, she suffered the same injury in her right knee while still playing for Ateneo in the UAAP.

“I understand that this conference was truly difficult to organize and fully plan out given the current situation of our country and I am grateful for those who made the effort so that the games pushed through,” the 23-year-old middle blocker said.

“Coming into the bubble, I believe that the teams were put in an environment that was not conducive for any athlete, no matter how strong. 7-8 straight games of nonstop competing at a high level can definitely take a toll on one’s body,” she added. “No athlete deserves to be put into the risk of injuries when there are other options to carry on strategizing which will benefit all and lessen the risk.”