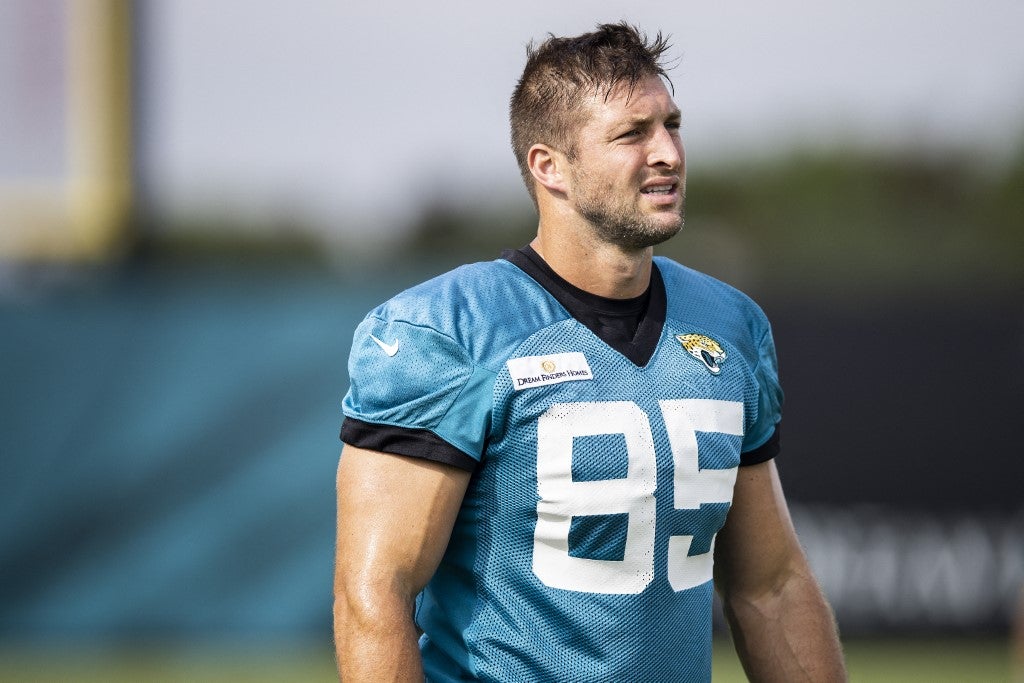 Tim Tebow was released by the Jacksonville Jaguars, ending his bid to return to the NFL after eight years out of the league.

A first-round draft pick by the Denver Broncos in 2020, the quarterback turned tight end thanked the Jaguars for the opportunity following the move Tuesday.

“Thankful for the highs and even the lows, the opportunities, and the setbacks,” Tebow, 34, tweeted. “I’ve never wanted to make decisions out of fear of failure and I’m grateful for the chance to have pursued a dream…”

NFL teams must cut their rosters to 85 by 4 p.m. Eastern time on Tuesday, and Tebow was a longshot to make the team. He didn’t have a catch in the Jaguars’ 23-13 preseason loss to the Cleveland Browns on Saturday. He was targeted once but the pass was tipped at the line of scrimmage.

Thankful for the highs and even the lows, the opportunities, and the setbacks. I’ve never wanted to make decisions out of fear of failure and I’m grateful for the chance to have pursued a dream…

A Heisman Trophy-winning quarterback and a two-time national champion at Florida, Tebow started 14 games over the 2010-11 seasons with the Broncos, posting an 8-6 record. He completed 47.9 percent of his pass attempts for 2,422 yards with 17 touchdowns and nine interceptions, and he added 989 rushing yards and 12 touchdowns.

In March 2012, the New York Jets acquired Tebow and a seventh-round draft pick for a pair of 2021 picks — a fourth-rounder and a sixth-rounder.

He attempted eight passes, completing six, for the Jets in 2012 and was cut the following spring. Tebow was signed and later released by both the New England Patriots and Philadelphia Eagles without appearing in a game.

Since his tour in the NFL, Tebow turned to baseball, and the New York Mets signed him in September 2016.

He hit a home run in his first professional at-bat with the Mets’ low Class-A Columbia Fireflies affiliate.

He retired from baseball in February and signed with the Jaguars in May to play for Urban Meyer, his college coach.

Mets expect Tebow to return in 2021