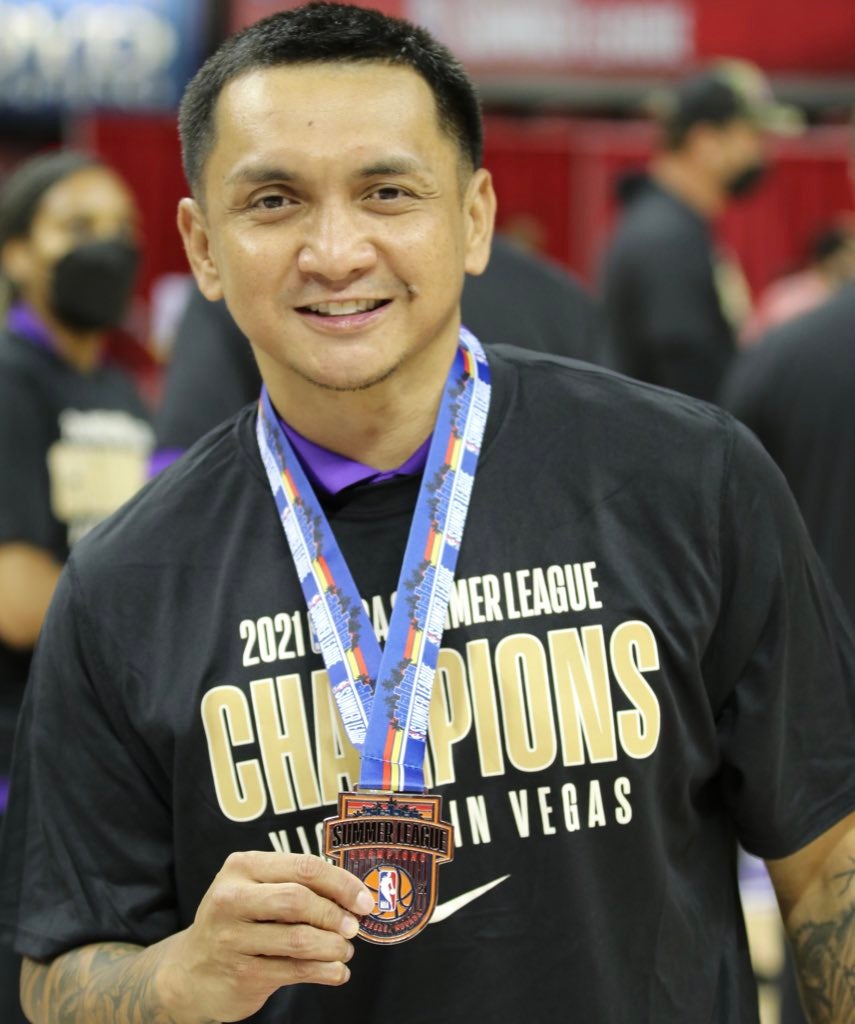 MANILA, Philippines—Jimmy Alapag added another championship to his resume, this time with the Sacramento Kings in the NBA Summer League.

The Kings claimed the summer tournament title after routing the Boston Celtics, 100-67, on Wednesday (Manila time) at Thomas & Mack Center in Las Vegas.

Alapag, a former Gilas Pilipinas mainstay and a six-time PBA champion as a player, is serving as an assistant to coach Bobby Jackson in his second stint with Sacramento as part of the staff.

Player development coach Lindsey Harding and Doug Christie, a teammate of Jackson’s with the Kings in the mid-2000s, were the other assistant coaches on the Kings’ bench.

Alapag, who won a title in the ASEAN Basketball League as head coach of Alab Pilipinas, seeks to become a permanent member of the Kings’ bench under head coach Luke Walton.

This was the second time that Alapag joined Sacramento’s Summer League team after he was named assistant in 2019.

If Alapag becomes part of the Kings’ staff, he would become the second coach of Filipino descent in the NBA after Miami Heat’s head Erik Spoelstra.

Alapag and his family moved to the United States for good last year.