Ugas open for a rematch with Pacquiao: 'A legend like that deserves it' | Inquirer Sports
Close
menu
search

Ugas open for a rematch with Pacquiao: ‘A legend like that deserves it’ 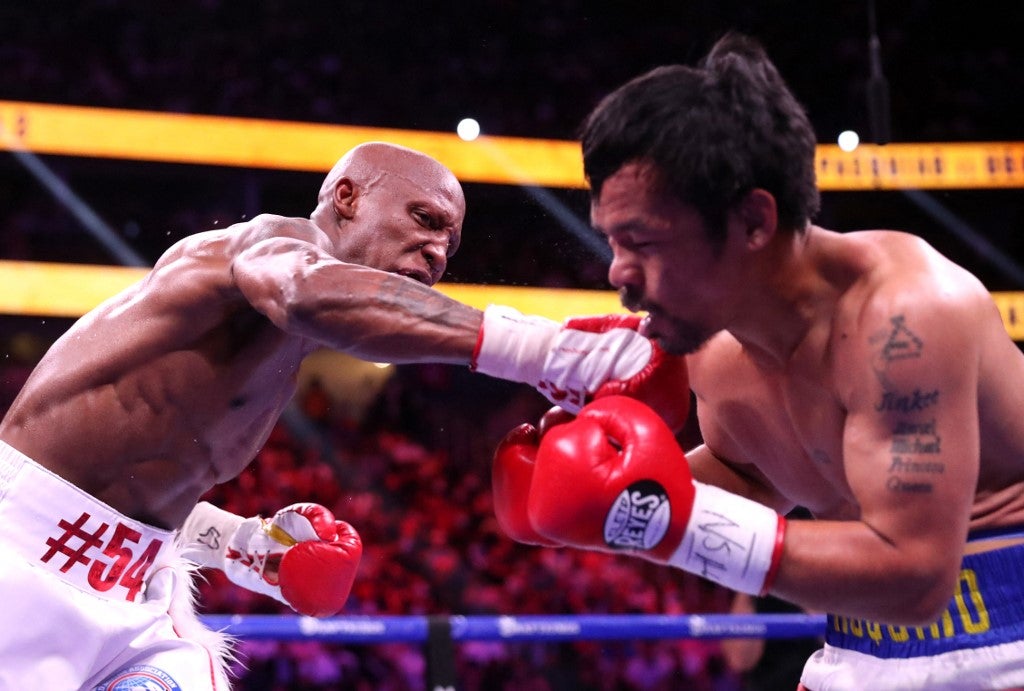 MANILA, Philippines—Yordenis Ugas is more than willing to give Manny Pacquiao a rematch.

“Two-hundred percent,” Ugas said in the post-fight press conference on a potential second meeting with the eight division champion.

“You know, Manny’s a great legend, great fighter. You know, if he wants a rematch, no question about it. You know, a legend like that deserves it.”

Ugas used his height and reach advantage to the fullest against Pacquiao, who had a hard time cracking his guard.

The 35-year-old Cuban, who is seven years the junior of Pacquiao, neutralized the Filipino ring icon’s aggression with his timely jabs and an effective overhand right.

A rematch, however, is highly unlikely at this point with Pacquiao appeared to be leaning toward retirement as he also mulls running for the Philippine presidency.

After scoring the biggest win of his career, Ugas offered nothing but high praise for Pacquiao.

“I wanna thank Manny Pacquiao for sharing the ring with me,” Ugas said.