PBA: Meralco shrugs off rust to turn back Terrafirma 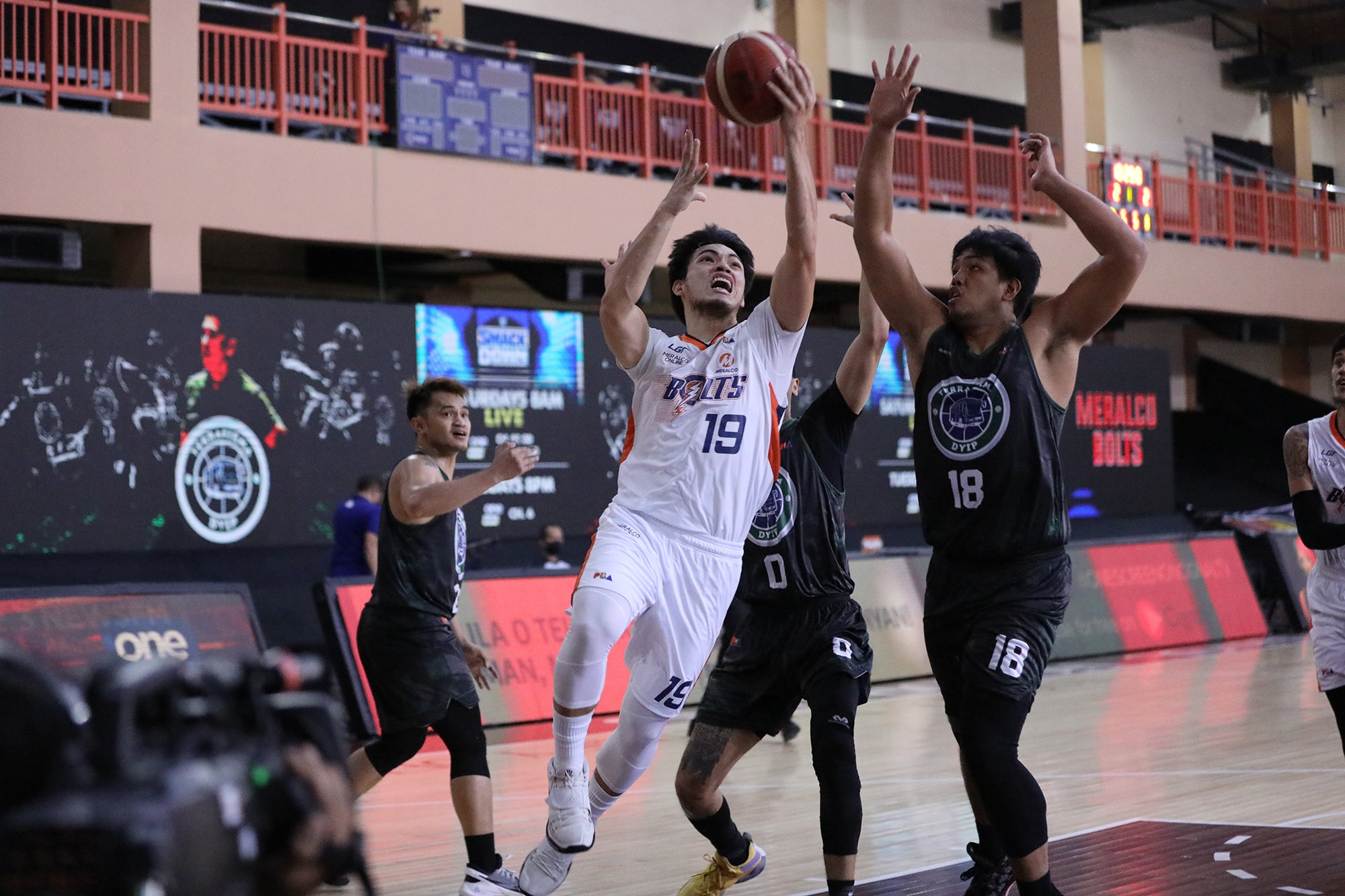 MANILA, Philippines—Meralco further staked its claim for a twice-to-beat advantage after sending Terrafirma to the brink of elimination, 95-83, in the 2021 PBA Philippine Cup Thursday at DHVSU Gym in Bacolor, Pampanga.

The second-seeded Bolts improved to a 6-2 record after almost two weeks of absence while the Dyip dropped to 3-7 at the 11th spot, in danger of officially being eliminated from the quarterfinal race.

With the Dyip nipping at their heels, the Bolts ultimately pulled away late in the game with Raymond Almazan’s layup capping off a 12-0 run as they took a 93-79 lead with 2:20 to play.

Bolts head coach Norman Black had to will not only his players to the victory but also himself as majority of his coaching staff were absent due to the league’s health and safety protocols.

“I think everybody really contributed at some point in the game and I can really say that this was a team victory tonight,” said Black. “Some of my coaches, as well as my manager, were affected by the health protocols so they’re not here. Even the coaching staff was undermanned tonight.”

“I thought we were very rusty in the first half, we did not do a very good job of rebounding the basketball in the second quarter. But in the second half we did rebound the ball better. We were able to take advantage of some matchups that we thought were good for us and we came up with the victory.”

Bong Quinto had 17 points and eight rebounds to lead the Bolts, who had six players score in double figures.

Aldrech Ramos had 15 points to lead the Dyip while Joseph Gabayni added 14 points and 10 rebounds.

Ginebra-Meralco game pushed back due to health protocols