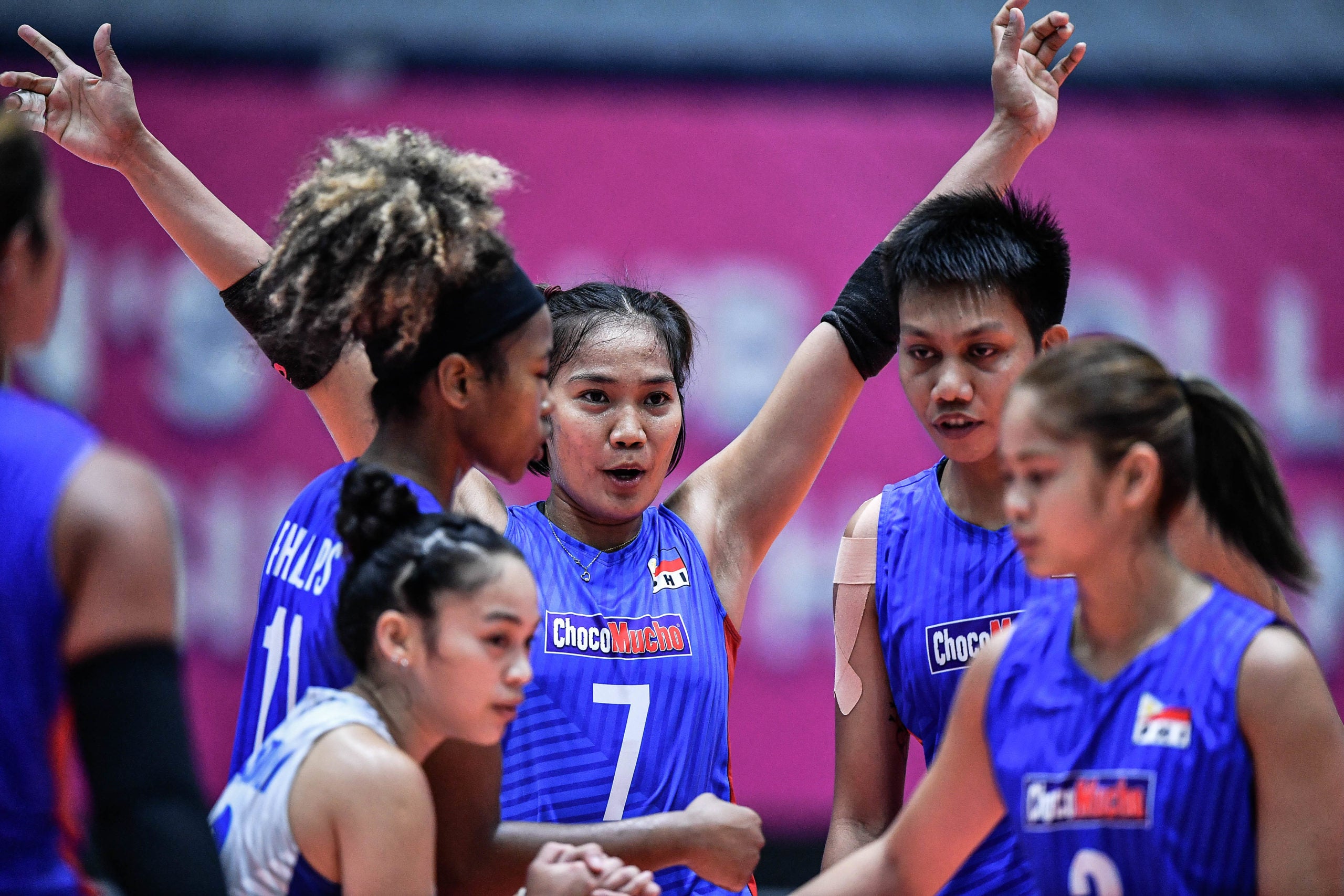 MANILA, Philippines—The disparity in experience was evident when Team Choco Mucho lost to Kazakh club Zhetysu in the group stages of the 2021 AVC Asian Women’s Club Volleyball Championship in Thailand.

Setter Deanna Wong said it all boiled down to composure.

“I think we lacked composure individually. That’s what we really need—maturity in the game, on ourselves, as well as working together as a team,” said Wong who pointed out that cohesion and chemistry should be improved moving forward into the tournament.

“We would have to improve on these aspects by ourselves every day,”

Choco Mucho went 0-2 in Group A but it will still face the no.2 team in Group B in the quarterfinals.

Unlike Zhetysu, which won nine titles in Kazakhstan, Team Rebisco has only been together for two months and is composed of players from different clubs in the Premier Volleyball League.

Head coach Odjie Mamon said his team has slowly gotten better on the defensive side of the floor but admitted that he is disappointed with the lack of urgency on offense.

“It was quite disappointing that we can play good touches in defense but cannot convert in offense,” said Mamon. “For now, we really have to work on the team’s cohesion and making their teamwork really come out in the game.”