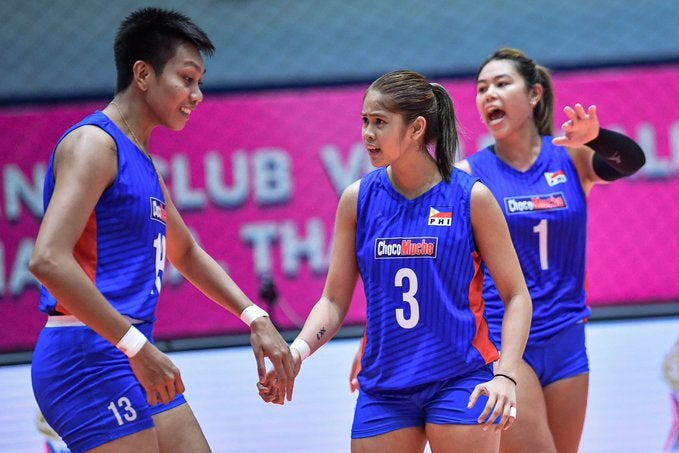 The Filipinos were already on the brink of a loss with Zhetysu taking a 22-15 lead in the third set but the Filipinos made a last ditch rally to extend the match with an 8-1 run.

Ria Meneses tied the set at 23-23 before Valeriya Chumak retaliated with a quick kill of her own.

Things then ended in Zhetyu’s favor after Kalei Mau’s final attack was ruled an error.

This was Choco Mucho’s second loss to Zhetysu, a nine-time champion in the Kazakhstan Women’s Volleyball Legue, after it lost in the group stage 25-22, 25-19, 25-15.

The other Filipino team Rebisco, meanwhile, ended its campaign at seventh place.