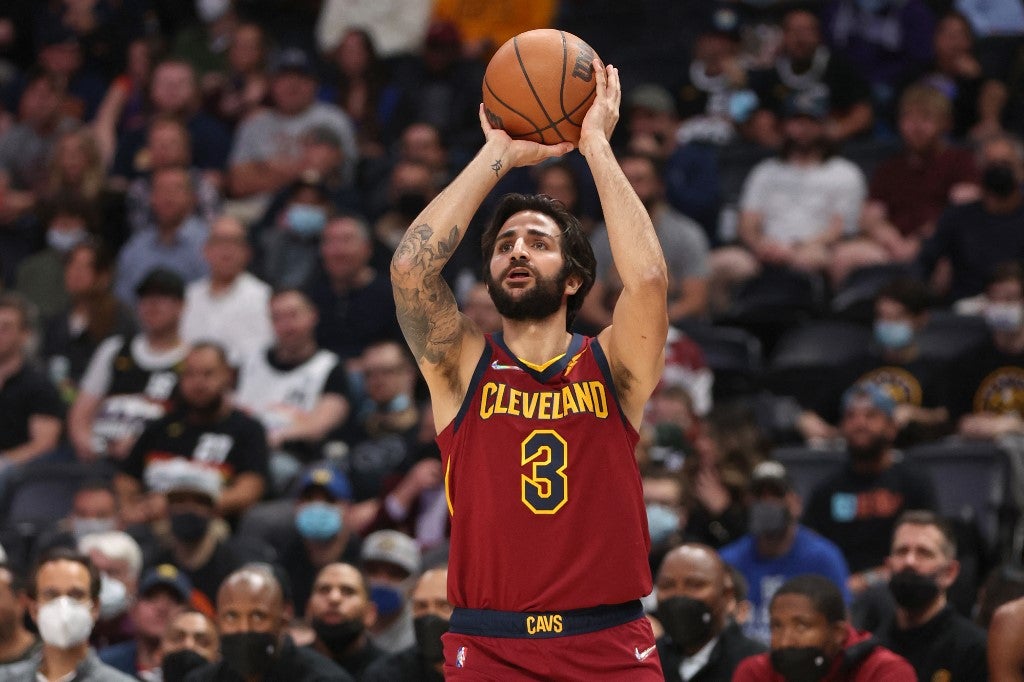 FILE – Ricky Rubio #3 of the Cleveland Cavaliers puts up a shot against the Denver Nuggets in the first quarter at Ball Arena on October 25, 2021 in Denver, Colorado. Matthew Stockman/Getty Images/AFP

Ricky Rubio had the most prolific game of his 11-year career Sunday night, when the Cleveland Cavaliers guard drained eight 3-pointers and finished with 37 points and 10 assists to lead the visitors to a 126-109 win over the New York Knicks.

The Cavaliers have won four in a row to move three games over .500 (7-4) for just the second time since LeBron James left for the Los Angeles Lakers following the 2017-18 season. The Knicks (6-4) have lost three of four.

The 3-pointers and points each shattered the previous career highs for Rubio, who hit six 3-pointers for the Minnesota Timberwolves on Jan. 30, 2017 and finished with 34 points for the Utah Jazz on Feb. 3, 2018.

Putting on a show in The Garden 👀@rickyrubio9 drops a career-high 37 PTS with a career-high 8 3PM in the @cavs win in NYC! pic.twitter.com/XYqh7hdQRH

Rubio was 2-for-2 from 3-point land in the first half Sunday before heating up in the third period, when he hit all four of his attempts from beyond the arc in a span of 3:14 to fuel the Cavaliers, who outscored the Knicks 33-18 in the period to take an 89-75 lead. Rubio’s first 3-pointer of the period gave Cleveland the lead for good at 62-59.

In the fourth quarter, Rubio hit each of his first two 3-point attempts, the last of which sparked a 9-0 run that extended the Cavaliers’ lead to 112-97 and extinguished any comeback hopes for the Knicks.

Rubio missed his final 3-point attempt with 1:21 left, which cost him a chance to become the first NBA player to go 8-for-8 or better from beyond the arc since Ben Gordon was 9-for-9 for the Detroit Pistons on Mar. 21, 2012. Rubio’s effort was the most efficient from long range since Anthony Edwards went 8-for-9 on 3-pointers for the Minnesota Timberwolves on May 5, 2021.

Jarrett Allen had a double-double (18 points, 17 rebounds) for the Cavaliers while Evan Mobley finished with 26 points and nine rebounds. Darius Garland added 16 points for Cleveland, which was 19-of-35 from 3-point land.

Cavaliers hold on to defeat Nuggets