MANILA, Philippines—It’s all or nothing for the Philippine national men’s volleyball team in the coming 31st Southeast Asian Games in Hanoi, Vietnam.

The team produced its second silver medal during an inspiring run in 2019 and Dante Alinsunuri’s men are now banking on that unlikely performance come May 2022.

“We should always have a high morale after the 2019 SEA Games, we have to work hard because the trust we built in 2019 will be our foundation,” said Alinsunurin in Filipino. “We already have the system but we should still polish every skill and aspect of the sport.”

Alinsunurin’s team plans to start training for the regional games in December, right after the conclusion of the Philippine National Volleyball Federation Champions League, in hopes of getting into peak shape come Hanoi.

The Philippines, though, will travel to Hanoi not just with the experience of playing in the finals but also the added lessons from playing in the AVC Asian Men’s Club Volleyball Championship wherein it finished seventh out of the eight teams in Thailand.

Playing under the Team Rebisco banner, the Philippines relied on the revelation who is Joshua Umandal as he became the main offensive force in the absence of Marck Espejo and Bryan Bagunas who didn’t join the continental tournament as they were playing in the Japan V.League.

Opposite hitter Mark Alfafara, who is Umandal’s assistant coach at University of Santo Tomas, expressed his admiration of his teammate-slash-student’s development in Thailand.

Alfafara said Umandal’s coming out party in Thailand was a testament to Alinsunurin’s system that stemmed from the head coach’s playing days back in the early 2000s.

“I’m proud of Jao not only because he’s my player in UST but at the same time our goal, as coach Dante always said, is the transition of players,” said Alfafara in Filipino. “There should always be a smooth transition from us older guys to the kids in the team because that would give the coaches an easier job.” 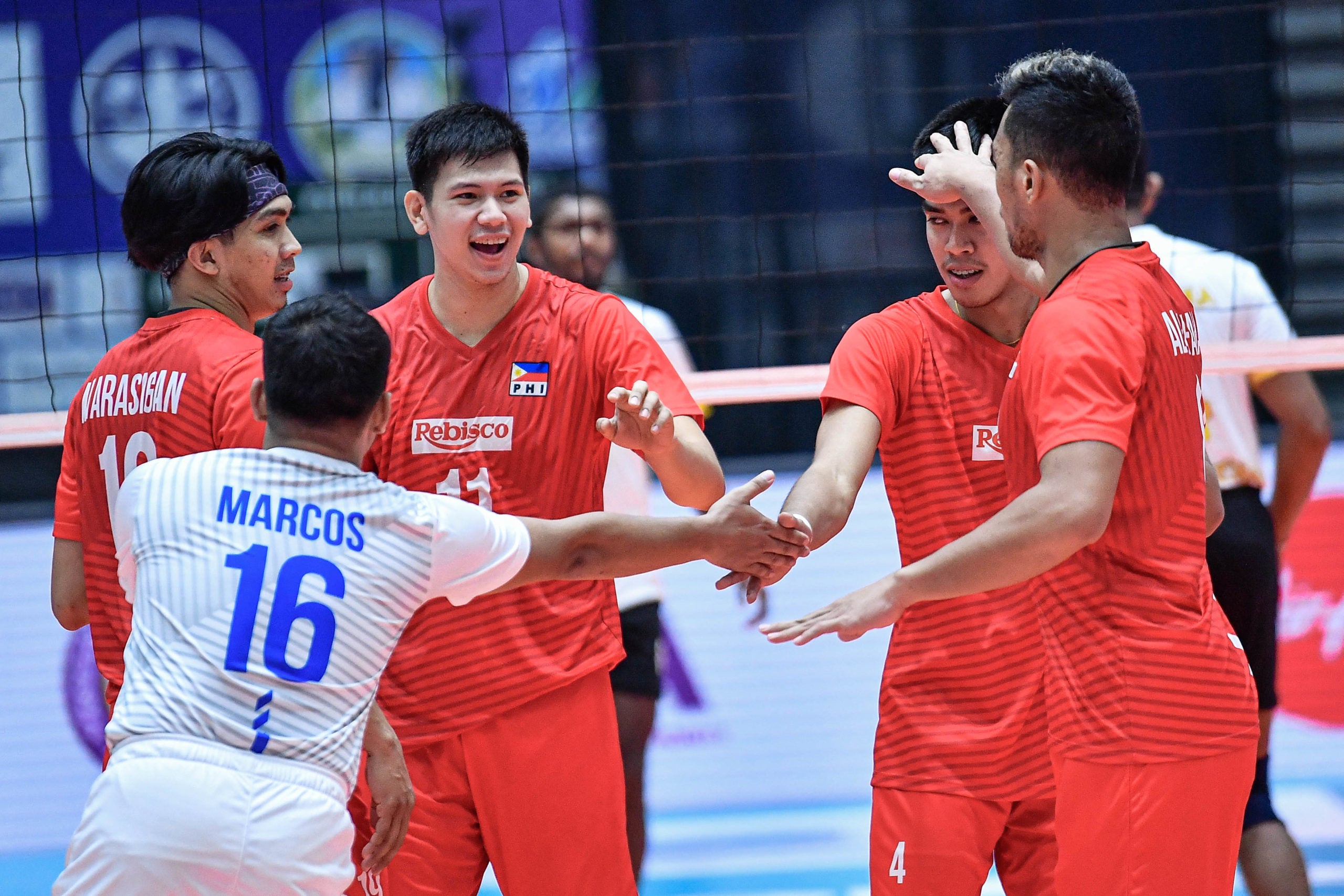 Umandal’s rise also presents somewhat of a problem for Alinsunurin who’s designated Espejo and Bagunas as his team’s talismans.

Having two bona fide stars in the same position was already a juggling act for Alinsunurin but having a third one puts the coach in a situation wherein he will need to devise a system that would make full use of his three open spikers.

“This is a good problem because this will bring out a healthy competition once they step on the court,” said Alinsunurin. “It’s a great feeling knowing you all have these players who are ready to give it their all.”

“Us coaches will have to study who should be filling up those starting spots, but everyone has to be ready. As I said this is going to be a long process because we’ll start training in December in preparation for the SEA Games.” The Philippines’ foray in the AVC continental tournament proved that the national team still has much to learn in terms of competing in Asia, but going up against Southeast Asian powers is more of an attainable goal.

Alfafara and his teammates never had a training session together for more than a year because of the COVID-19 pandemic and although they trained for a few months before the AVC tournament, it wasn’t enough to shake off the rust that accumulated during that long lull.

“Preparing for six months for the SEA Games is a short time so that’s why it’s important for us to start as early as December,” said Alfafara. “Being idle for two years is no joke but the good thing is the team is intact so we just have to start early.”

Alinsunurin said they’re not rushing to become a perennial name in Asia, and that their goal is to first become an established team in Southeast Asia.

“We have to take this slowly. We’re not gonna rush into the Asian scene immediately, we have to establish ourselves in Southeast Asia first,” said Alinsunurin. “We have to start with the SEA Games.”

The runner-up finish in 2019 also broke a 20-year medal drought in the regional tiff.