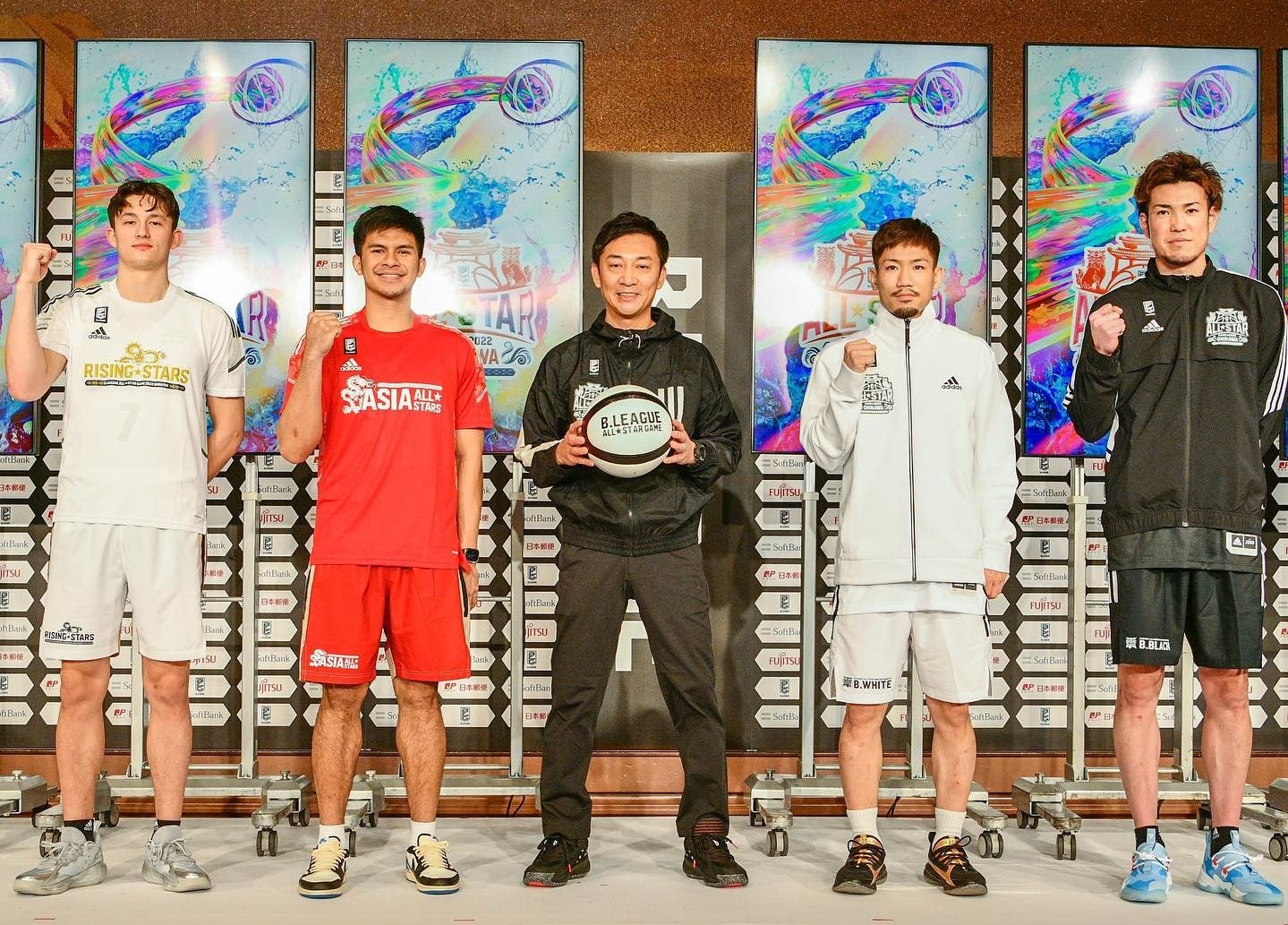 Kiefer Ravena (in red) and the Filipino imports are part of the B.League All-Star festivities. B.LEAGUE PHOOT

Kiefer Ravena of the Shiga, Thirdy Ravena of NeoPhoenix, Ray Parks of Nagoya, Dwight Ramos of Toyama and Kobe Paras of Niigata are all part of the Asia All-Star team.

“I’m very excited to play against the Rising Stars of the B.League and of course, with my Filipino brothers here and from other countries being represented in the B.League,” said Kiefer.

Kiefer and Co. will play against the Rising Stars side, which features Japanese players including Matt Aquino of Shinshu. Aquino is playing in the B.League as a local due to his Japanese roots.

The Ravena brothers will also participate in the Skills Challenger while Javi and Paras will compete in the 3-Point Contest and Slam Dunk Contest, respectively.

The B.League All-Star Game will be held the following day on January 15.