Ending a dynasty: Chot, TNT knocked off SMC teams in succession on the way to PH Cup title

Coming out of retirement in 2021, , and they are the ones left with a chance for a dominant season
By: Denison Rey A. Dalupang - Reporter / @sonrdINQ
Philippine Daily Inquirer / 04:02 AM December 31, 2021 How do you put an end to a years-long PBA stranglehold of a rival conglomerate?

For the TNT Tropang Giga franchise, the answer seemed simple enough: Bring back the biggest guns available to them.

With the teams under the San Miguel Corp. (SMC) umbrella relentless in its pursuit of continued excellence, TNT management made just two moves during the off-season. One of them was so unexpected very few believed it could work.

Management brought back the multititled Chot Reyes out of retirement to call the shots once again, and the team drafted Mikey Williams fourth overall from a talented pool.

Considering that those two moves paled in comparison to key player signings Barangay Ginebra, San Miguel Beer and Magnolia did in the last two years, it was very hard to see any team knocking off any of the three SMC teams from their lofty perches.

Reyes, allowing a rookie in Williams to take charge of the team, goaded his Tropang Giga to do that and make their Philippine Cup conquest hands-down the biggest thing to happen in the PBA in the year about to end. “The players really put in the effort, stayed together throughout the adversity and this is a great reward for their hardships,” said Reyes, who made his return to the PBA after a nine-year absence. “We now look forward to the next and hope we can compete again.”

In coming back, Reyes inherited a team which Mark Dickel put together, which was actually the aging core of the one he assembled before first calling it quits in the PBA.

That squad came so close last season against the Gin Kings inside the Philippine Cup bubble.

But this batch of Tropang Giga made its intentions known right from the start that it was out to go all the way this time, topping the eliminations that set the tables up for a scary playoff schedule, which, should TNT hurdle, would validate the squad’s coming of age.

They wound up the eliminations with a 10-1 card, and Reyes had three heavyweight title contenders—the reigning champion Gin Kings, the legendary Beermen with June Mar Fajardo back and the hard-as-nails Hotshots—lined up as foes in the playoffs. From 2014—the year after Reyes won the last PH Cup for the franchise—SMC teams lorded it over, counting a season where San Mig Coffee, now Purefoods, completed a Grand Slam under Tim Cone.

The Beermen won it six straight times after that, touched off by the “Beer-acle” of the next season where they came roaring back from 0-3 down in the best-of-seven Finals to beat Alaska.

And when Fajardo was out of the bubble because of a shin injury, the Gin Kings promptly took over under Cone, yielding just one game to TNT in their race-to-four series.

So who would have thought that Reyes, who also called former Most Valuable Player (MVP) Kelly Williams out of retirement, and an untested rookie would be keys into making this formidable franchise a winner again?

“To be very honest, coming into the playoffs, we really didn’t know what kind of game we would get from Mikey because this is his first—and he’ll be the first to tell you—experience in the Finals,” Reyes said of his prized find, who would go on to win the Finals MVP award. TNT mowed down one SMC team after the other, losing just four games in the playoffs and a total of five the entire tournament, as things fell into place for Reyes.

The biggest thing among them was the health of his team.

“I think health and conditioning were the keys. I thought, if we were not the one in best shape, we were one among the best-conditioned teams,” he told the Inquirer.

“That was our entire focus—and pretty much the story of our last campaign, really” he went on.

Ironically, it was also health that helped doom TNT’s foes.

Barangay Ginebra lost Scottie Thompson to the league’s health and safety protocols and Japeth Aguilar also had a knee problem.

San Miguel then suffered an assortment of injuries which bothered CJ Perez, Terrence Romeo and Mo Tautuaa, leaving the fancied crew to just its aging core.

Magnolia also didn’t play with its full strength as Paul Lee, Ian Sangalang and Mark Barroca all played through pain.

But that was evened out somewhat with Kelly dealing with an ailing back, Poy Erram a broken nose and Troy Rosario a busted finger and hurt hip during the title clash. 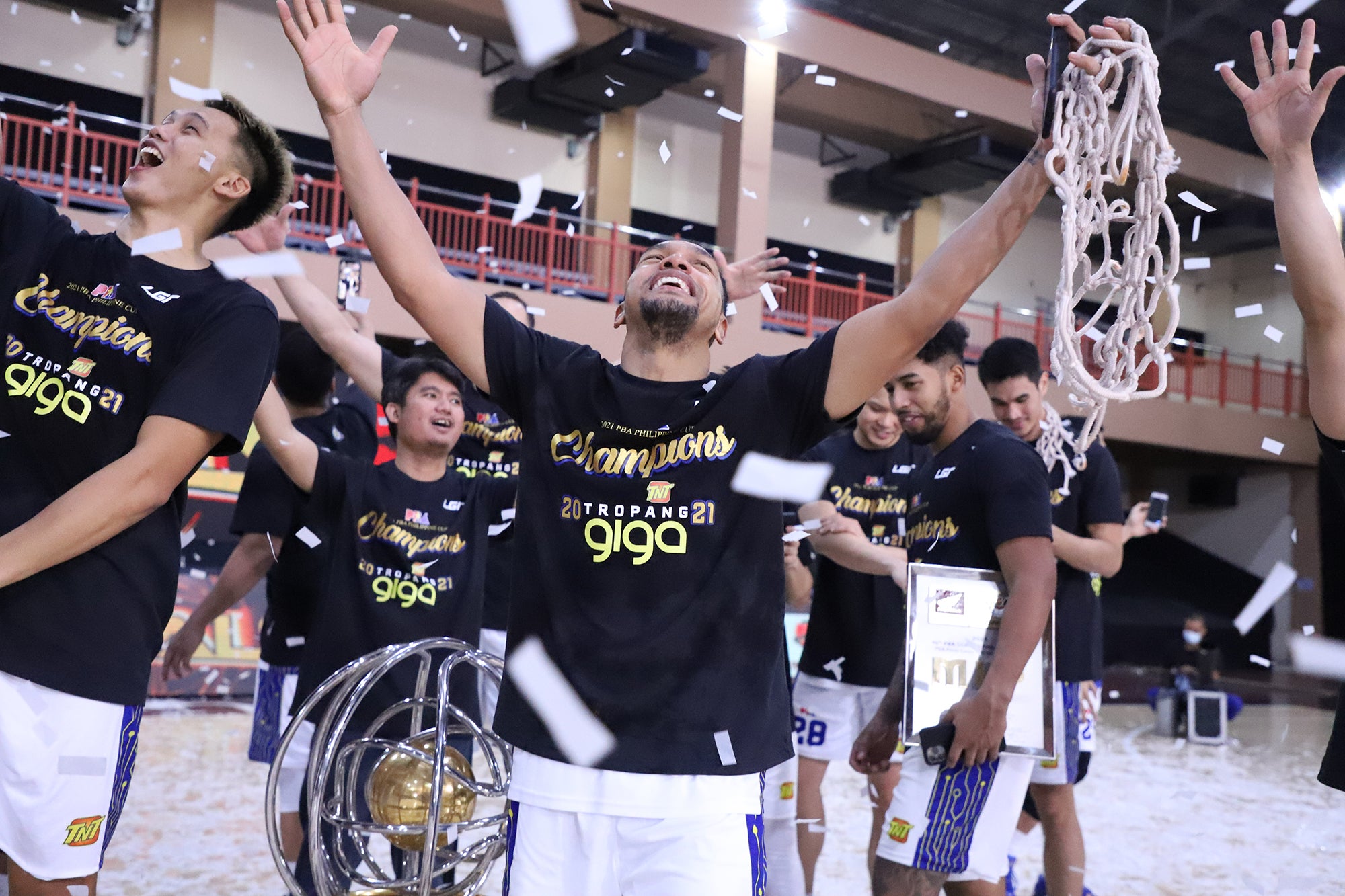 In past seasons before the COVID-19 pandemic ground sports to a halt, teams that win the Philippine Cup go on to play with added pressure, being the only side with the chance for a Grand Slam.

But with only two conferences on offer this season, the pressure could be even greater just to complete a sweep of both—especially against SMC teams armed to the teeth to deny them that.

Reyes still puts premium on health, but there’s also one thing he has picked up in his first campaign back which he looks to wield in order to accomplish his goal.

“One of the big things that we continue building in our team is agility—understanding the current situation, the reality that we’re playing in is [adorned with] unpredictability,” he said on Sunday, in the last match of the year which his wards won.

“From the start, even before the All-Filipino, we already endeavored to build agility in the team,” he added. “We have to be very agile, very flexible, to adjust on the fly.”

If he and his charges can do that, they are the ones with the chance to put a stranglehold on the PBA now.