BEIJING–Two-time Olympic champion Yuzuru Hanyu said he did everything he could as he finished fourth in the men’s figure skating competition of the Beijing Winter Olympics ruled by rival Nathan Chen.

Chen won the title in a dazzling display to finish with an overall score of 332.60, more than 20 points ahead of his nearest challenger. He set a world record in the short program last Tuesday.

Hanyu, who was chasing a third gold in a row and looking to cement his status as one of the best skaters of all time, was in trouble as he fell twice in his routine.

“I think I did everything I could,” said Hanyu, who only arrived in the Chinese capital on Sunday, two days before competing.

“Honestly, it feels like everything has gone wrong this time around, but I did my best.” 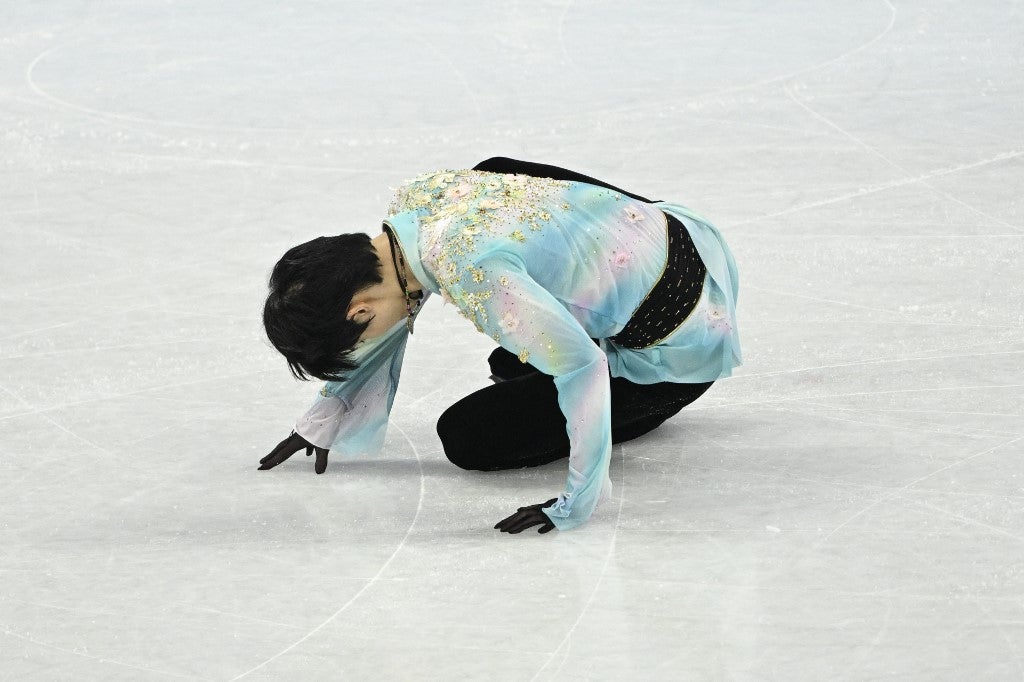 After a shaky start on Tuesday in the short program, where he finished eighth, the Olympic champion from the 2014 Sochi and 2018 Pyeongchang Olympics needed to make up a gap of 18.82 points to beat Chen.

Hanyu was visibly nervous before he started — hanging off the rink’s edge, staring at the floor, making the sign of the cross and audibly keying himself up just before he took his starting position.

He attempted a quadruple axel — a jump no skater has ever landed in competition but which he had insisted he would perform at the Beijing Games.

He failed to land it and fell to the ice.

He quickly rose but fell once more, before carrying on his “Heaven and Earth” program with his usual polished precision.

Looking crushed as the music died down, 27-year-old Hanyu recovered and skated off the rink with his head held high, the crowd still cheering him. Chen said that it had been “an honor to be able to share the ice with Hanyu over the years.

“Again, watching him when I was a kid, I never even dreamed that I would be able to have the opportunity to even skate with him.

“So then to be able to compete against him… it’s just been a really great honour and he’s in my opinion the greatest skater ever.”