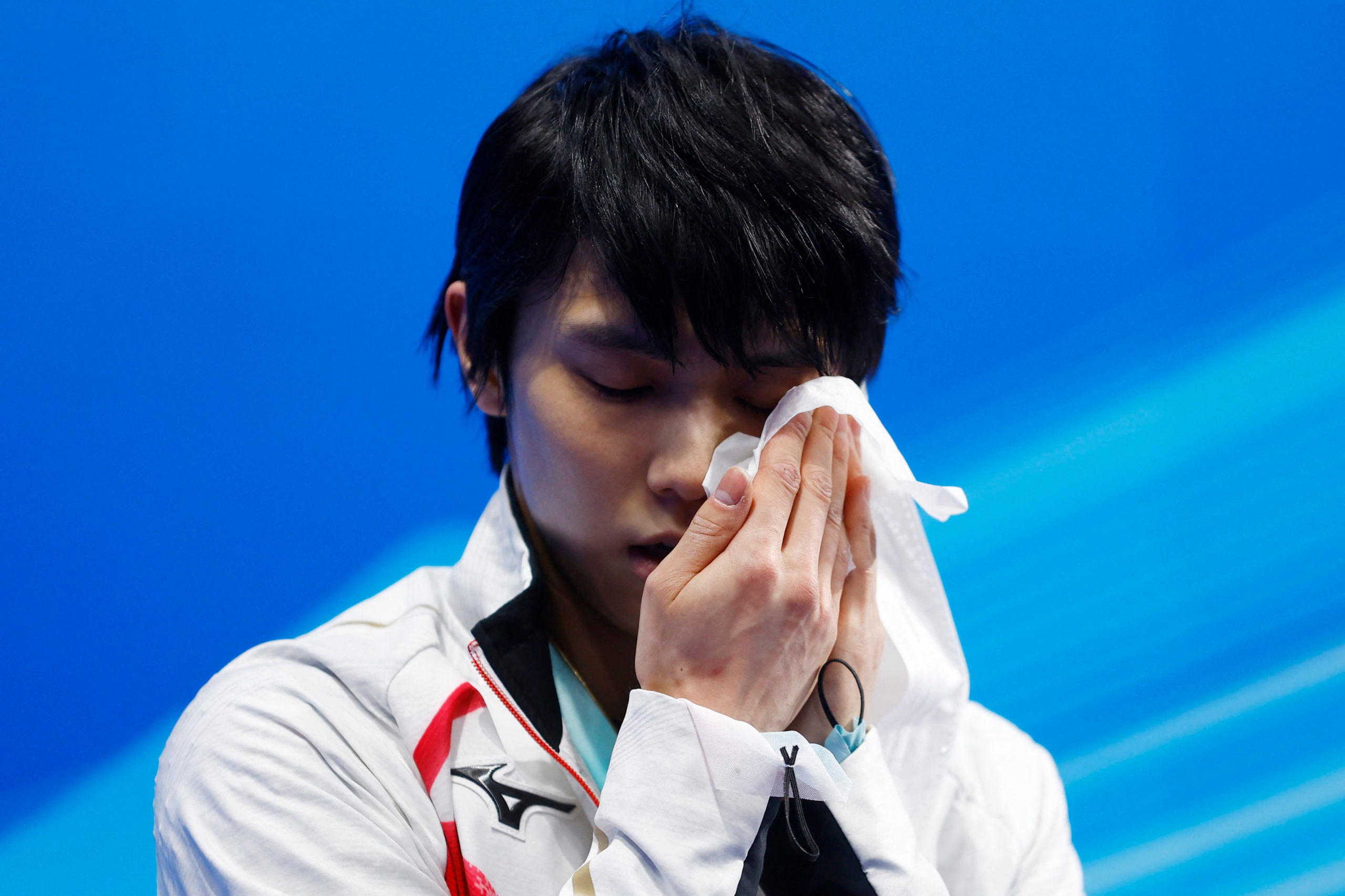 BEIJING—With what seemed like the whole world watching, Yuzuru Hanyu stepped on to the ice at the Beijing Olympics on Thursday, seeking the ultimate prize in figure-skating jumps that he had longed for since he was a child.

The dream fizzled, triggering, perhaps, the end of an era.

After a dizzying build-up of anticipation, Hanyu’s free skate to Isao Tomita’s “Heaven and Earth” opened to bated breaths, only to see him fall on his first jump – the quadruple Axel that he has been pursuing with all-consuming determination.

Dressed in a gold-sprinkled, aquamarine costume befitting his “Ice Prince” moniker, Hanyu then fell on his next jump too, in striking contrast to the dazzling performance that earned him a second straight gold in Pyeongchang four years ago.

Hanyu placed fourth in the men’s singles contest, behind an on-fire Nathan Chen of the United States and compatriots Yuma Kagiyama and Shoma Uno.

Taking a deep bow to loud applause and touching the ice before stepping off the rink, the 27-year-old struck a lonely figure sitting by himself in the kiss and cry – he had opted not to have coach Brian Orser by his side – intensifying the sense that this could well be his swan song.

“There are so many emotions,” Hanyu said later, struggling to check his emotions. “I worked hard. I gave it everything I had.” When asked if he would compete in the world championships next month, or continue his pursuit of the quad Axel, or “4A”, Hanyu said he needed time to think.

Two days ago, the twice world champion had shocked spectators by fumbling his opening jump in the short program – he blamed a divot in the ice – and went into the finals in eighth place.

“It was hard to take,” he said of that mishap. “I’ve given (skating) everything I could possibly give to this day even though it’s felt like it’s not paying off.”

Hanyu said he had re-injured his right ankle – he had what looked like a bad fall at practice a day earlier – and that he had administered shots before he took to the ice.

Asked about his third Olympic experience, Hanyu came close to choking up, responding, “It wasn’t fun at all. It was a lot to take.”

His competitors, however, expressed only awe and admiration.

“In my opinion, he’s the greatest skater ever,” Chen said after his gold-medal win.

“I don’t think I can do what he does,” said bronze medallist Uno. “He carries everyone’s hopes and pressure on his shoulders.”