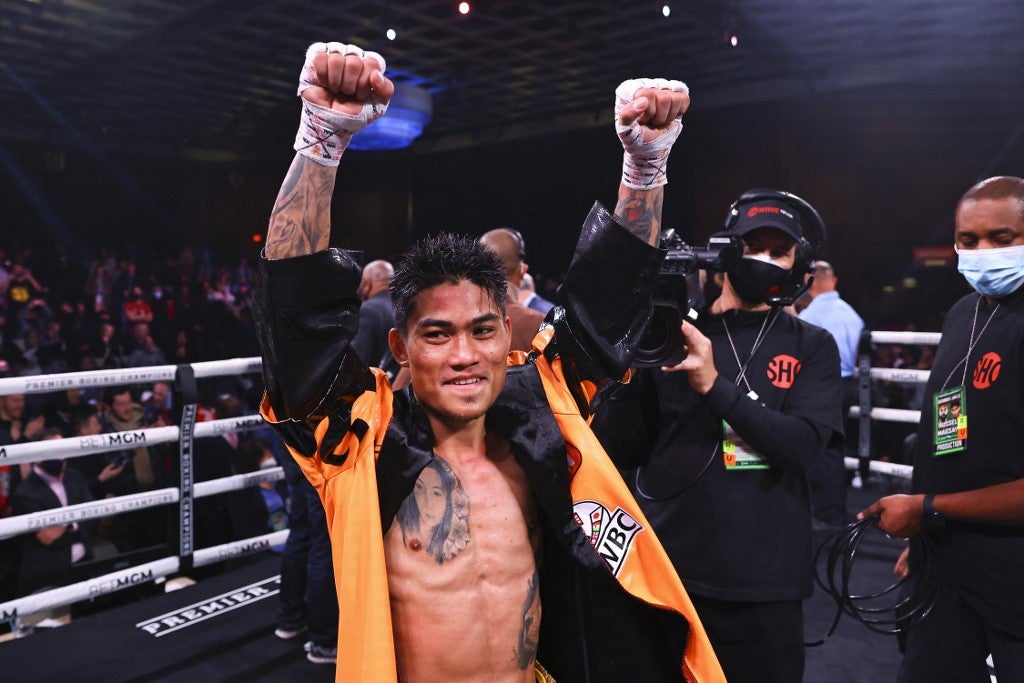 The Tagbilaran City, Bohol native will ramp up his preparations when he flies back to the United States Tuesday where he sets up training camp with Freddie Roach at Wild Card gym.

“Training with Freddie Roach starts in April,” Magsayo said in Filipino during the PSA Forum. “But I have been training even though I am on vacation. I’ve not been careless despite being on vacation.”

Magsayo returned to the country on March 3 after being away for nearly two years and fighting in the US.

His last bout was in January when he beat Gary Russell Jr. via majority decision to win the WBC crown at Atlantic City, New Jersey.

Magsayo is again expected to have his hands full against Vargas, a former WBC super bantamweight champion. He is undefeated at 35-0 with 22 knockouts.

“I’m going to be challenged once again. This is going to be an exciting fight because he’s undefeated and tall,” said Magsayo, who is also unbeaten with 24 wins including 16 knockouts.

The moment I have been waiting for, finally! To bring the belt to the best and my idol Manny Pacquiao Sean Gibbons…

The 26-year-old Magsayo on Sunday paid a courtesy call on his main benefactor and boxing legend Manny Pacquiao.

“He told me that I need to use head movement and have a good counter against a taller opponent,” said Magsayo, who is giving up three and a half inches in height against the 5-foot-10 Vargas.

“He also said that I need to double my training because I’m the defending champion.”