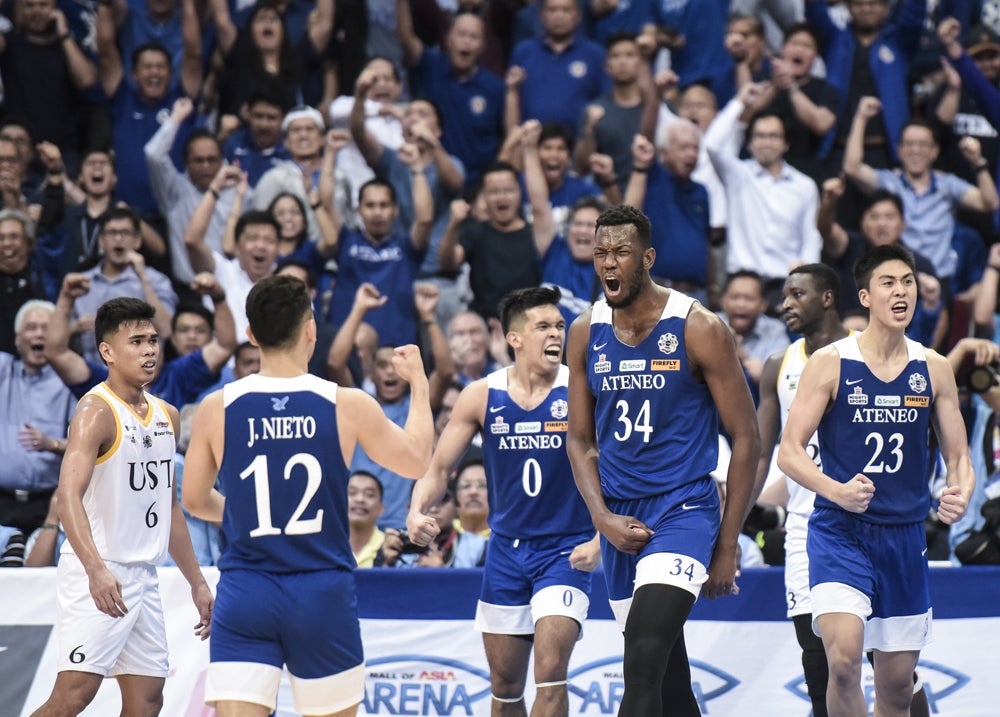 MANILA, Philippines — Ateneo became the first university in Southeast Asia and outside of the United States to tie up with Jordan Brand ahead of the UAAP Season 84 men’s basketball tournament.

The Blue Eagles, winners of the last three UAAP seasons, are set to debut the iconic Jordan Jumpman on its jerseys, shorts, tees and jackets on Saturday against University of the Philippines at Mall of Asia Arena.

“It’s exciting to announce Jordan Brand’s only university partnership outside of North America, because there are few places in the world where basketball culture shows up like it does in Manila,” said Jordan Brand president  Craig Williams. “It is so crucial to invest in young people, and in partnership with Ateneo de Manila University, we can inspire young people through our shared love of the game.”

Ateneo’s Athletic Director Emmanuel Fernandez was honored that their basketball teams were chosen to wear the athletic apparel, which includes jerseys with a fit and cut uniquely suited to female players, as the official uniform in the UAAP.

“Investment in the country’s youth and building inclusivity can spearhead basketball culture and translate our passion into profession. As one of the most successful basketball programs, Ateneo Basketball has always strived for excellence,” Fernandez said. “Being associated with a prestigious brand such as Jordan is an acknowledgement of this excellence, which will no doubt fuel the desires of many aspiring Pinoy and Pinay players in their own pursuit of greatness.”

Ateneo, which won 11 UAAP men’s basketball titles, also produced the first Filipino Jordan Brand athlete in Kiefer Ravena, who is currently donning the brand in his global stint with the Shiga Lakestars in Japan B.League.

“This partnership is a step in the right direction, especially when giving women’s sports the right exposure they deserve,” said the two-time UAAP MVP Ravena. “The growth of the Jordan family from one athlete to a team shows the Brand’s commitment to building a community in the Philippines and a long-term commitment to investing in youth.”

Local artists and Ateneo alumni Gica Tam and Mikki dela Rea were engaged to specifically develop designs for Custom 23, a customization service exclusively available at Jordan Manila. The unique designs by Gica and Mikki are inspired by their love for the game, Ateneo’s culture, energy, passion and everything that surrounds that through their lens.