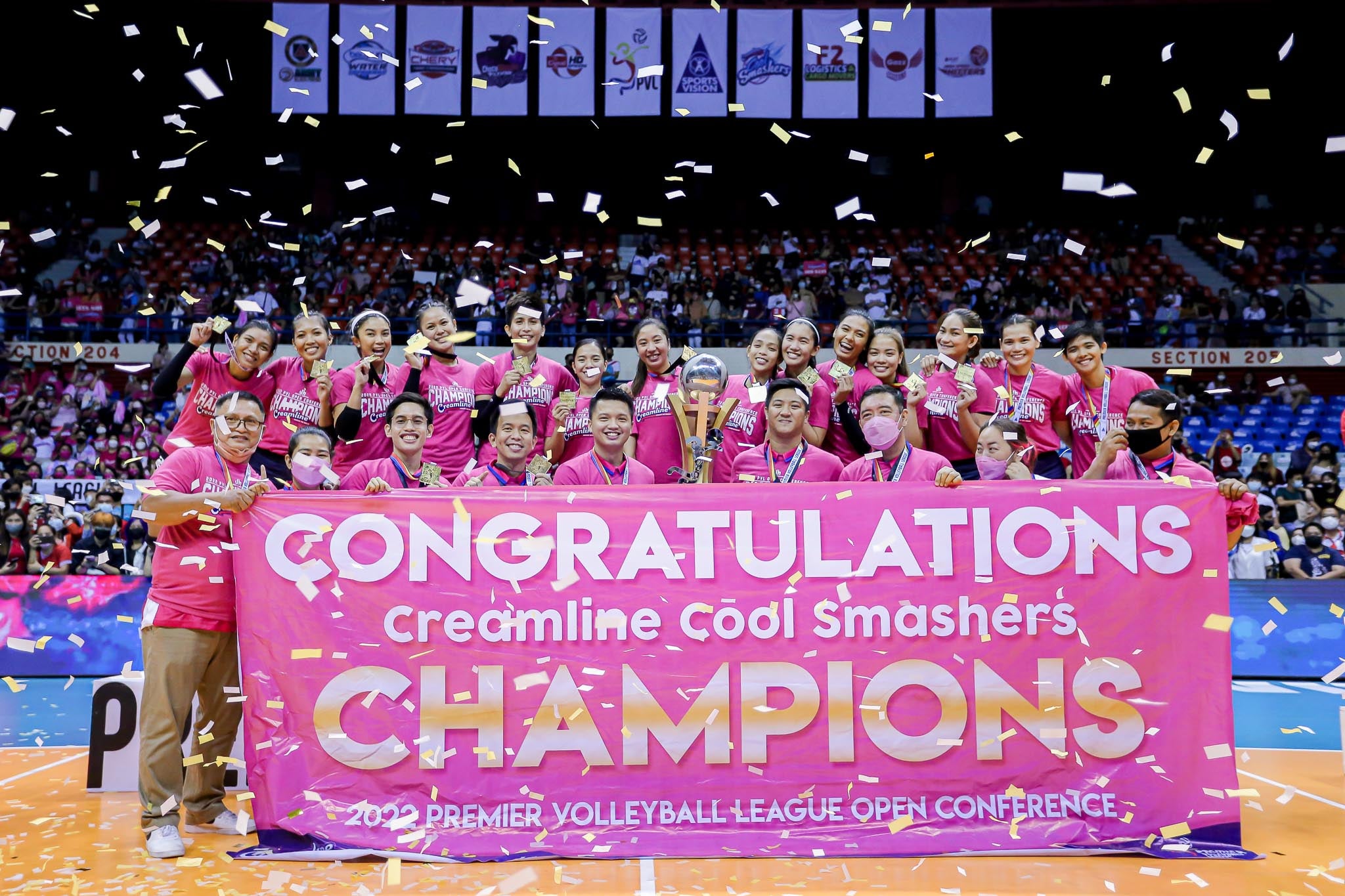 Following several semifinals exits during his stints at Adamson in the UAAP women’s volleyball, defunct Generika-Ayala in the Philippine Superliga and a heartbreaking NCAA Season 93 finals loss while calling the shots for the Arellano men’s volleyball team in 2018, the soft-spoken coach finally got a taste of championship success after Creamline reclaimed the Open Conference crown.

“I’m so happy to finally win one championship after always falling short in my past stints,” said Meneses, who was promoted to head coach this season after Tai Bundit opted to stay in Thailand.

“We really prepared for this conference. That’s why we got this great result.”

Meneses admitted it was not easy to fill in the big shoes of Bundit, who built the program and won the first three of the franchise’s four titles.

“The first time the management told me (that coach Tai won’t make it), I was really challenged,” he recalled.

But the former deputy of Bundit last PVL season was glad that the Thai tactician kept in touch and still helped them out in training.

“Coach Tai is still part of our success. He always calls us,” Meneses said.

“Our blocking has really improved. This conference boiled down to the team that has good net defense. My players did well,” he said.

Meneses said Alyssa Valdez completed their success as she turned the finals into her own playground after she emerged as Finals MVP averaging 23.0 points in the two games.

“Alyssa is Alyssa. She’s really born to play on the big stage,” he said.

It was a sweet first title for Meneses but he promises that this won’t be his last as he eyes to deliver more for Creamline.

PVL: True to her word, Jema Galanza shines for Creamline