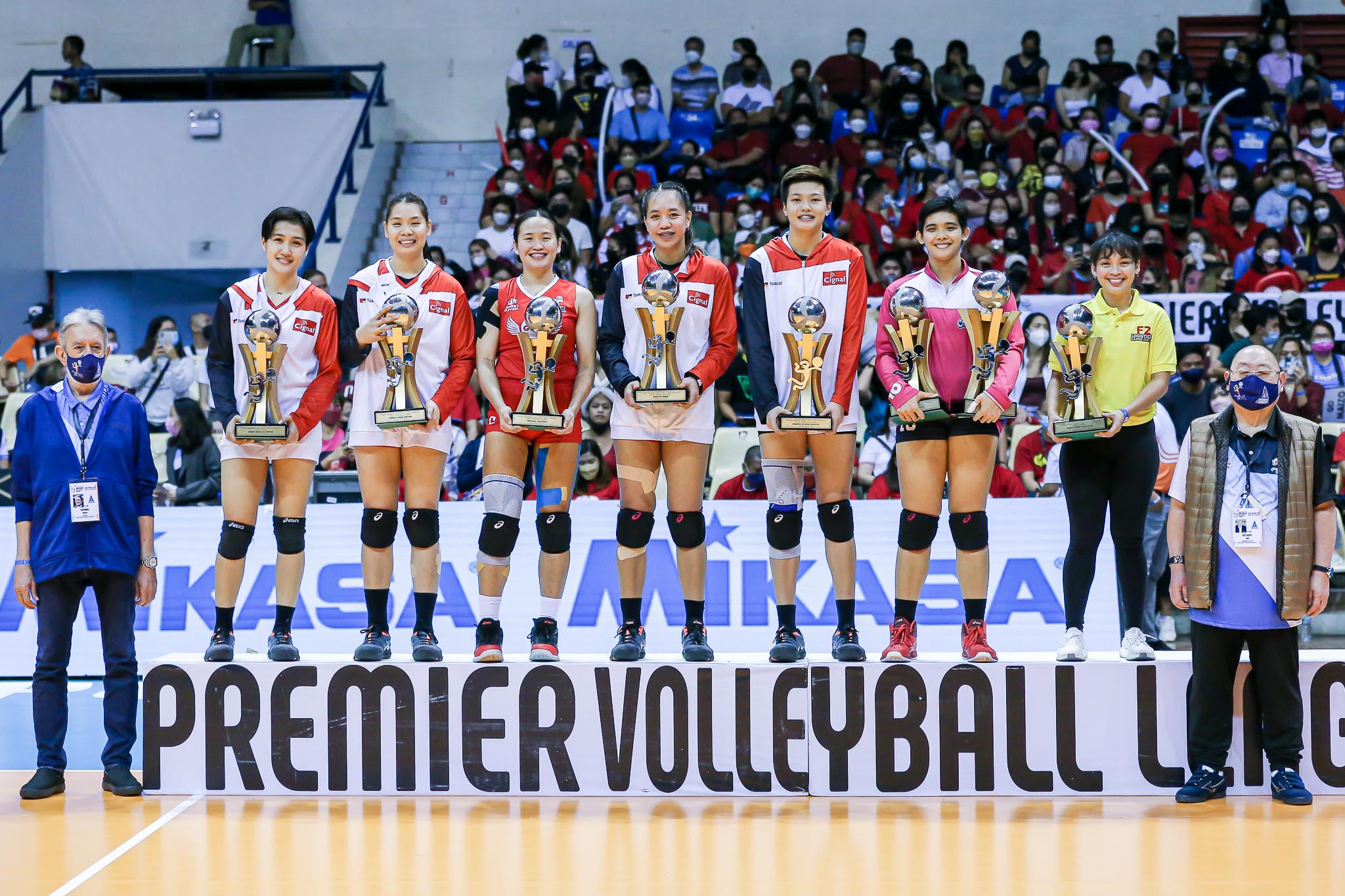 MANILA, Philippines —  Cignal coach Shaq Delos Santos believes having four of the seven individual awardees in the 2022 Premier Volleyball League Open Conference on his team bodes well for their bid to reach the top.

The HD Spikers may have failed to reach the finals in recently-concluded tournament but they proved to be on the right track in becoming a successful team after bringing home the bronze and hauling the PVL Premier Team awards with Gel Cayuna being the Best Setter, Rose Doria and Ria Meneses emerging as Best Middle Blockers and Ces Molina as one of the two Best Outside hitters.

“I am so proud of them. We reaped the fruits of our labor despite having a short preparation. It wasn’t easy to win these awards, they really exerted extra efforts,” Delos Santos said.

“I’m sure we will be more inspired with these achievements we have achieved. We fell short in the semifinals but we will absorb all the learnings from that setback as part of the team’s process,” he added.

After a disappointing 2021 season winning only one of its nine matches, Cignal emerged as the biggest surprise of the PVL’s season-opening conference after it swept its four matches in Pool A including huge upsets on Chery Tiggo, F2 Logistics and Choco Mucho.

The HD Spikers, who also drew vintage performance from Rachel Anne Daquis and ample contributions from Angeli Araneta and libero Jheck Dionela, stretched their unbeaten run to six after eliminating BaliPure in the quarterfinals and taking Game 1 of their best-of-three semifinals against Petro Gazz, only to fail in closing out the series and miss the finals.

Despite the early exit, Delos Santos is confident they have the right tools in the team to take things further in the pioneering volleyball league.

“This is really a good sign for us. Even our management believes that our team will reach greater heights someday,” said the former national team coach.
“We didn’t expect to have a lot of achievers on our team since their focus was to help the team and embrace their respective roles. That’s what happens when you fulfill your role in the team.”

After a breakthrough in the first conference, the Cignal coach is eager to use it as a springboard for the last two PVL conferences this year in the Asian Invitationals in July and the import-flavored Reinforced Conference in the last quarter of 2022.

“We will learn from this experience. We won’t stop studying and striving to become even better,” Delos Santos said.