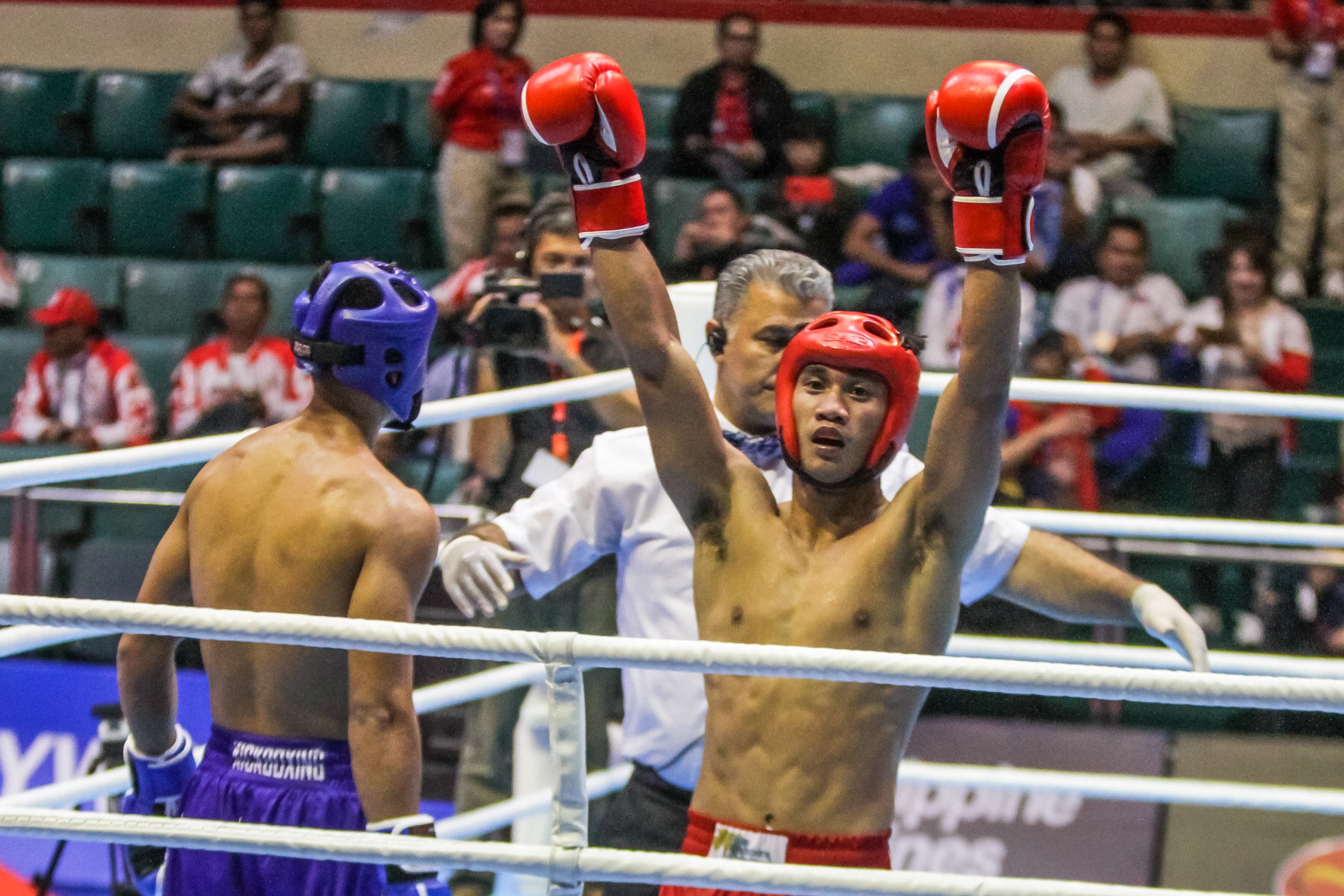 Jean Claude Saclag fights for a spot in the gold medal round of men’s kickboxing against Vu Truong Giang who will have the raucous hometown crowd rooting for him in the 31st Southeast Asian Games at the Bac Ninh province gymnasium on Tuesday.

Saclag, a kickboxing convert from wushu where he first made a name for himself in the continent, assured himself of the men’s low kick -63.5kg class bronze medal following his 3-0 conquest of Souliyavong Latxasak of Laos on Sunday.

But the 27-year-old from Kalinga and Benguet would be utilizing his veteran smarts from his numerous international stints to neutralize his Vietnamese opponent and the hometown crowd.

“I really need to be dominant in my performance here,” Saclag said. “I will do everything to win the gold medal.”

If he wins, Saclag will face either Chalemlap Santidongsakun of Thailand or San Rakim of Cambodia in the gold medal round.

Saclag was a Wushu World Cup champion in sanda and clinched a silver medal at the Incheon 2014 Asian Games. He won gold in the same kickboxing event at the 2019 Southeast Asian Games played at the Cuneta Astrodome in Pasay City.

Three other Filipino kickboxers, however, already fell out of medal contention.