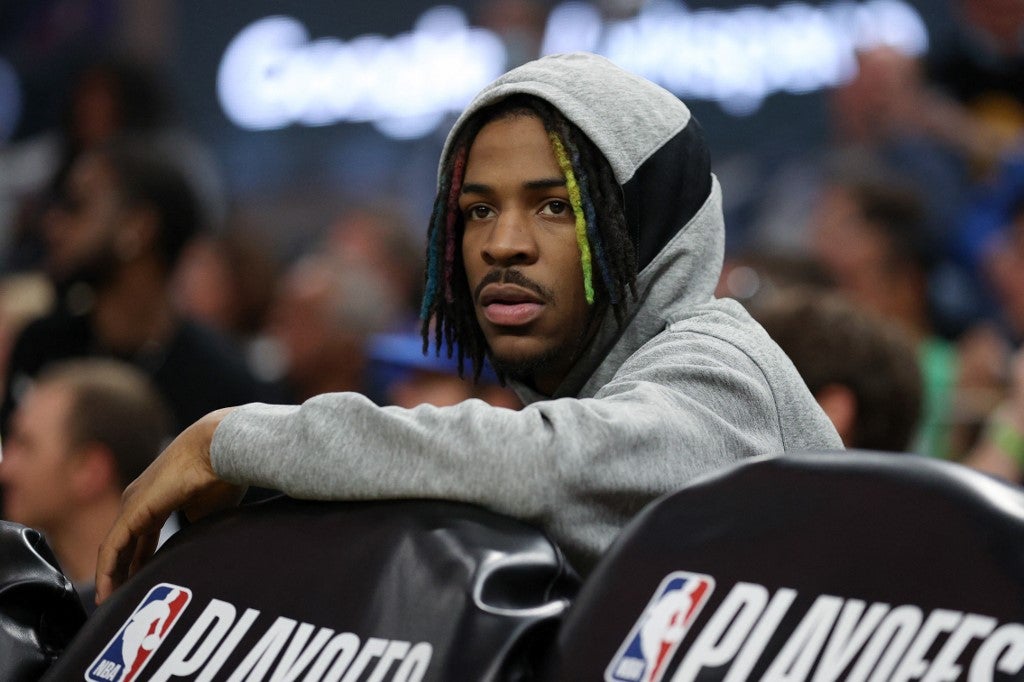 Injured Ja Morant #12 of the Memphis Grizzlies sits on the bench during the first half of Game Four of the Western Conference Semifinals tate Warriors of the NBA Playoffs at Chase Center on May 09, 2022 in San Francisco, California. Ezra Shaw/Getty Images/AFP

Memphis Grizzlies guard Ja Morant has a bone bruise in his right knee and is doubtful to return for the remainder of the postseason, the team said on Tuesday.

The explosive All-Star is expected to make a full recovery, the team added in a statement following Morant’s MRI.

Morant injured the knee in the fourth quarter of Game Three of the Grizzlies’ Western Conference semi-finals clash with Golden State on Saturday in a play that involved Warriors Guard Jordan Poole.

Poole grabbed Morant’s right knee while attempting a steal and Morant could be seen limping out of the area after that game and was sidelined during Monday’s 101-98 loss to the Warriors.

Poole has denied he had any intention of injuring this season’s Most Improved Player award winner and was simply making a “basketball play.”

Morant took a shot at Poole online after Game Three for the play but quickly deleted it. Poole and Morant shook hands before Game Four.

The Warriors currently hold a commanding 3-1 lead in the best-of-seven series, which has been marked by physical play and bad blood between the squads.

Grizzlies guard Dillon Brooks was ejected early in Game Two and was suspended for Game Three for a hard foul on Warriors guard Gary Payton II.

Payton was attempting a layup when Brooks hit him in the head. Payton landed hard on the court, fracturing in his left elbow and will be out for at least two weeks.

Brooks has said he was going for the ball on a fast-paced play and added: “If I could take it back, I would. But I can’t take it back.”

Game Five is on Wednesday in Memphis.