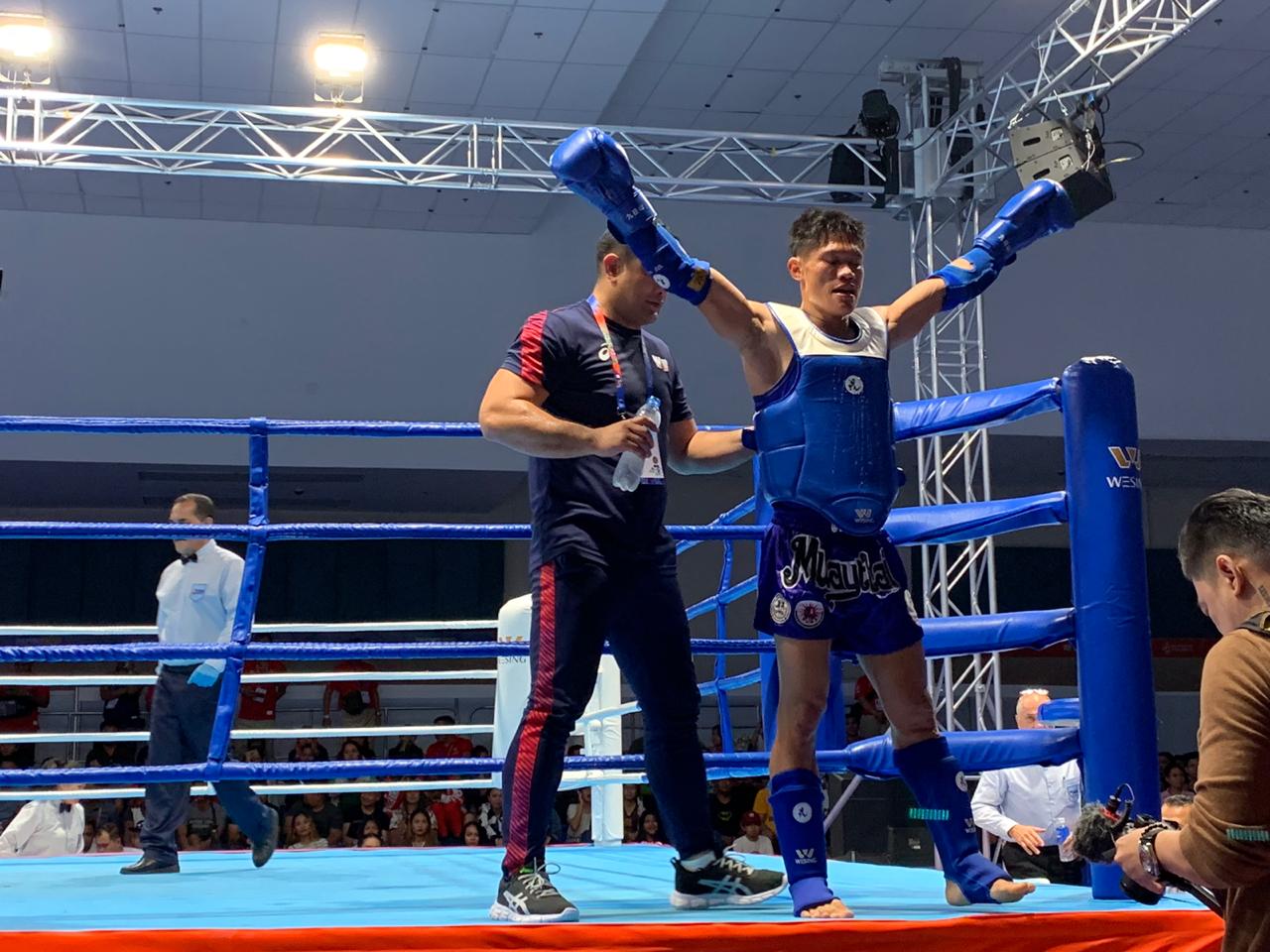 MANILA, Philippines—The Philippines continued to win more medals on the final day of competitions at the 31st Southeast Asian Games in  Hanoi, Vietnam.

In muay, Phillip Delarmino took home the gold medal in the men’s combat 57kg event after a successful protest from the team officials.

He was first adjudged the silver medal after with a 2-1 decision to Doan Long Nguyen of Vietnam.

Delarmino also won the gold in the 2019 SEA Games.

Over at men’s trap shooting, Hagen Alexander Topacio and Carlos Carag nabbed the silver and bronze medals, respectively with another home bet in Diep Nguyen Hoang winning the gold.

The Philippines also got a bronze in vovinam courtesy of Zephania Ngaya in the women’s 60kg. The Philippines will wrap up the Games in fourth place in the medal tally with 52 gold, 70 silver and 104 bronze medals—a far cry from its 149-gold haul when it hosted the bienniel meet in 2019.

Vietnam is the runaway winner with 197 golds followed by Thailand with 86 and Indonesia with 64, highlighted by its first-ever basketball title.