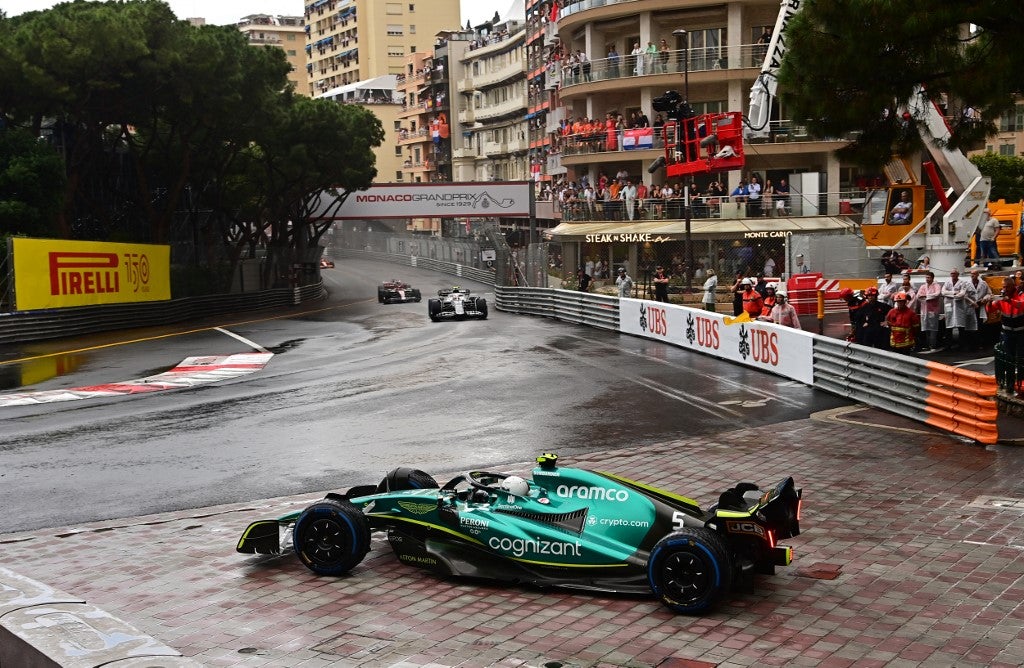 Aston Martin’s German driver Sebastian Vettel recovers after going off the track during the Monaco Formula 1 Grand Prix at the Monaco street circuit in Monaco, on May 29, 2022. (Photo by ANDREJ ISAKOVIC / AFP)

LONDON—New Aston Martin team boss Mike Krack has had a bumpy start to the season, like those Formula One drivers struggling to tame their bouncing cars in a time of change, but he is still smiling.

The 50-year-old Luxemburger replaced Otmar Szafnauer, now principal of Renault-owned Alpine, at the Silverstone-based team last January in something of a surprise appointment.

“I was not expecting it to be easy,” he told Reuters in Monaco at the weekend. “It’s a rough environment, you must not be naive.

Four time world champion Sebastian Vettel was ruled out of the first two races in Bahrain and Saudi Arabia due to COVID-19, with fellow-German Nico Hulkenberg standing in, and he then crashed on Saturday and Sunday in Australia.

After three races, Aston Martin were the only team yet to score a point.

Then in Spain they were caught in controversy, rolling out a new-look car that closely resembled Red Bull’s race-winning one although the governing FIA gave it the all-clear.

Red Bull, who have lost some top technical staff to Aston Martin, vowed to search for data leaks but Krack declared the matter closed.

“I do not expect anything more, to be honest. I think we will concentrate on ourselves,” he said. “I think their investigations will not lead to anything and I think they will have the championship battle to concentrate on.”

“We are not really concerned because we haven’t done anything wrong.”

Eddie Jordan, founder of the original Silverstone-based team that has morphed through many identities into Aston Martin, was greeted at his first team bosses meeting with ‘Welcome to the Piranha Club’.

The sport has put on a show of unity in recent years, teams seemingly pulling together for the common good, but Krack detected a whiff of that original spirit.

“That’s one of the reflections that I was also having,” he said when asked whether rivals maybe saw Aston Martin, whose owner Lawrence Stroll is father of driver Lance and a billionaire with deep pockets, as a threat.

“If they speak about you, you are alive and you are there and it means that there is a reason behind the accusations or attacks. I take it as a compliment.”

Aston Martin are only ninth after seven races but Krack had no doubt the revised car would change that.

“We have not even had a third of the season. We can still be world champions mathematically,” he joked. “We don’t give up. The season is far from being a write-off.

“We have good people, we have made a first step with the concept change and it shows how well the team can analyse and react; it’s not too proud to change direction,” he added. “I would be surprised if we finished the season where we are now.”