‘Fire burning’ inside Nonito Donaire ahead of Naoya Inoue rematch 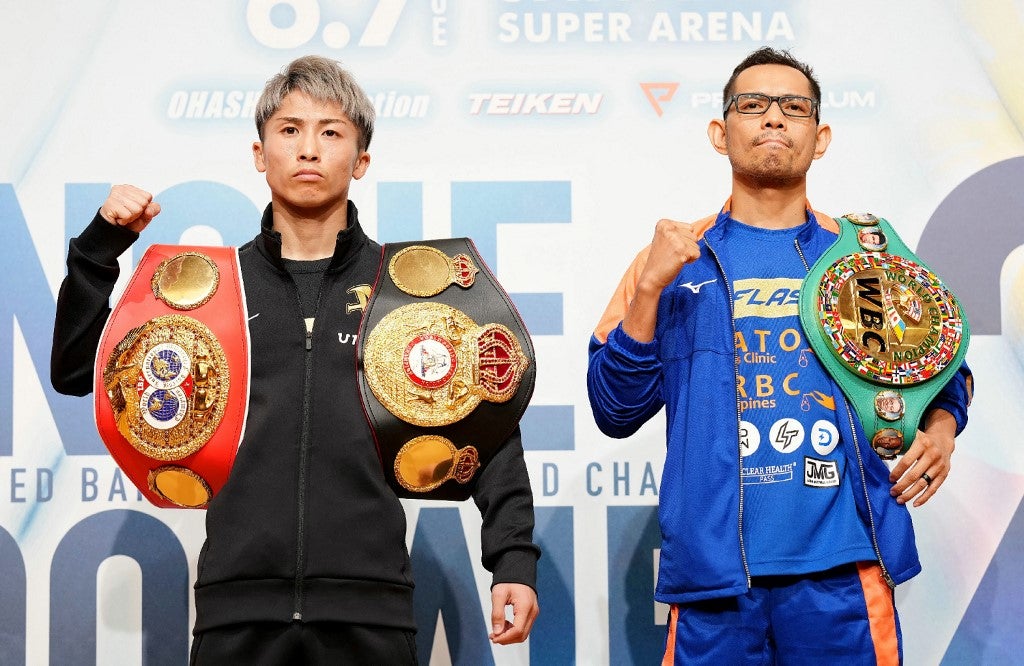 Nonito Donaire said Friday there was “a fire burning inside” him as he prepares to face Naoya Inoue next week in a hotly anticipated sequel to their 2019 boxing classic.

The Filipino veteran lost a unanimous points decision to Japan’s unbeaten Inoue when they went toe to toe in Saitama, north of Tokyo, in a fight hailed as one of the best of the year.

The pair are ready to do battle again in a world bantamweight unification bout Tuesday at the same venue, with Inoue’s WBA and IBF titles and Donaire’s WBC belt all on the line.

The 39-year-old Donaire said his motivation was “the highest it’s ever been” as he prepares to take another crack at one of boxing’s best pound-for-pound fighters.

“After the last fight, there was a fire burning inside of me — the motivation, the feeling that I wasn’t at my best, and I know I can beat him at my best,” Donaire said at a press conference in Tokyo.

“That was what was inside me going into the locker after the fight. I wouldn’t want this rematch if I didn’t think I could win this fight.”

The ferocious-punching “Monster” Inoue is unbeaten in all his 22 bouts, winning 19 by knockout.

In their first fight, he recovered from a fractured eye socket and double vision early on to floor Donaire in the 11th round.

Inoue said going the full 12 rounds had been “a positive experience” for him.

“It’s been two years and seven months since we had the first fight, and now we have the rematch in a few days’ time,” said the 29-year-old.

“I’m very motivated and excited. I think everyone is excited.”

Donaire became the oldest world champion at 118 pounds when he beat Nordine Oubaali for the WBC bantamweight title in May 2021.

Both he and Inoue have set their sights on unifying the bantamweight belts, with Britain’s newly crowned WBO champion Paul Butler standing in their way.

Inoue said his fight with Donaire was a “stepping stone” towards achieving that goal, while Donaire described it as “the biggest fight of my career”.

“I’m very, very motivated — this is the fight that I’ve been aiming for, to accomplish everything that I have not accomplished in boxing,” Donaire said.