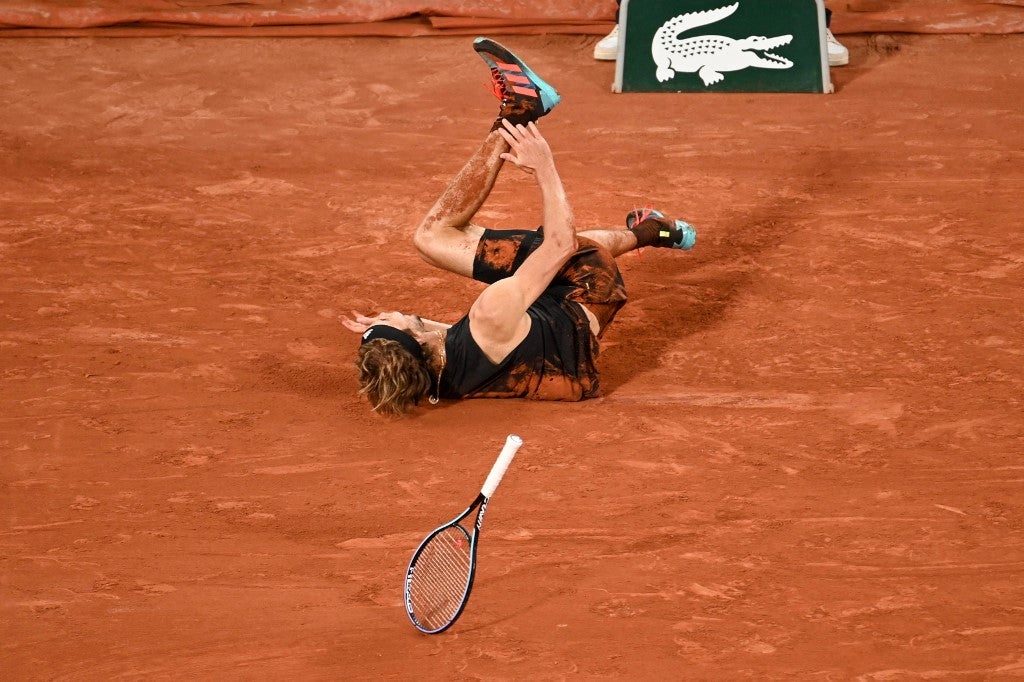 Germany’s Alexander Zverev falls injured on court during his men’s semi-final singles match against Spain’s Rafael Nadal on day thirteen of the Roland-Garros Open tennis tournament at the Court Philippe-Chatrier in Paris on June 3, 2022. (Photo by Tomas Stevens / AFP)

German world number three Alexander Zverev underwent surgery on torn ligaments in his right ankle on Tuesday after he was forced to retire from his French Open semi-final against 22-times major champion Rafa Nadal last week.

Zverev was trailing 7-6(8) 6-6 against Nadal when he rolled his ankle and he screamed out in agony. The 25-year-old was fighting for his first Grand Slam title and would have taken over as world number one had he succeeded in his quest.

“Next week I’ll reach a career-high ranking of number 2 in the world, but this morning I had to undergo surgery,” Zverev said in a post on Instagram along with a photo of him on a hospital bed.

“After further examination in Germany, we received confirmation that all three of the lateral ligaments in my right ankle were torn.

“To return to competition as quickly as possible, to ensure all the ligaments heal properly, and to reclaim full stability in my ankle, surgery was the best choice. My rehab starts now and I’ll do everything to come back stronger than ever!”

Zverev’s brother Mischa told German newspaper Bild that Wimbledon is “out of the question” for the 25-year-old, with the grasscourt major set to be held from June 27 to July 10.