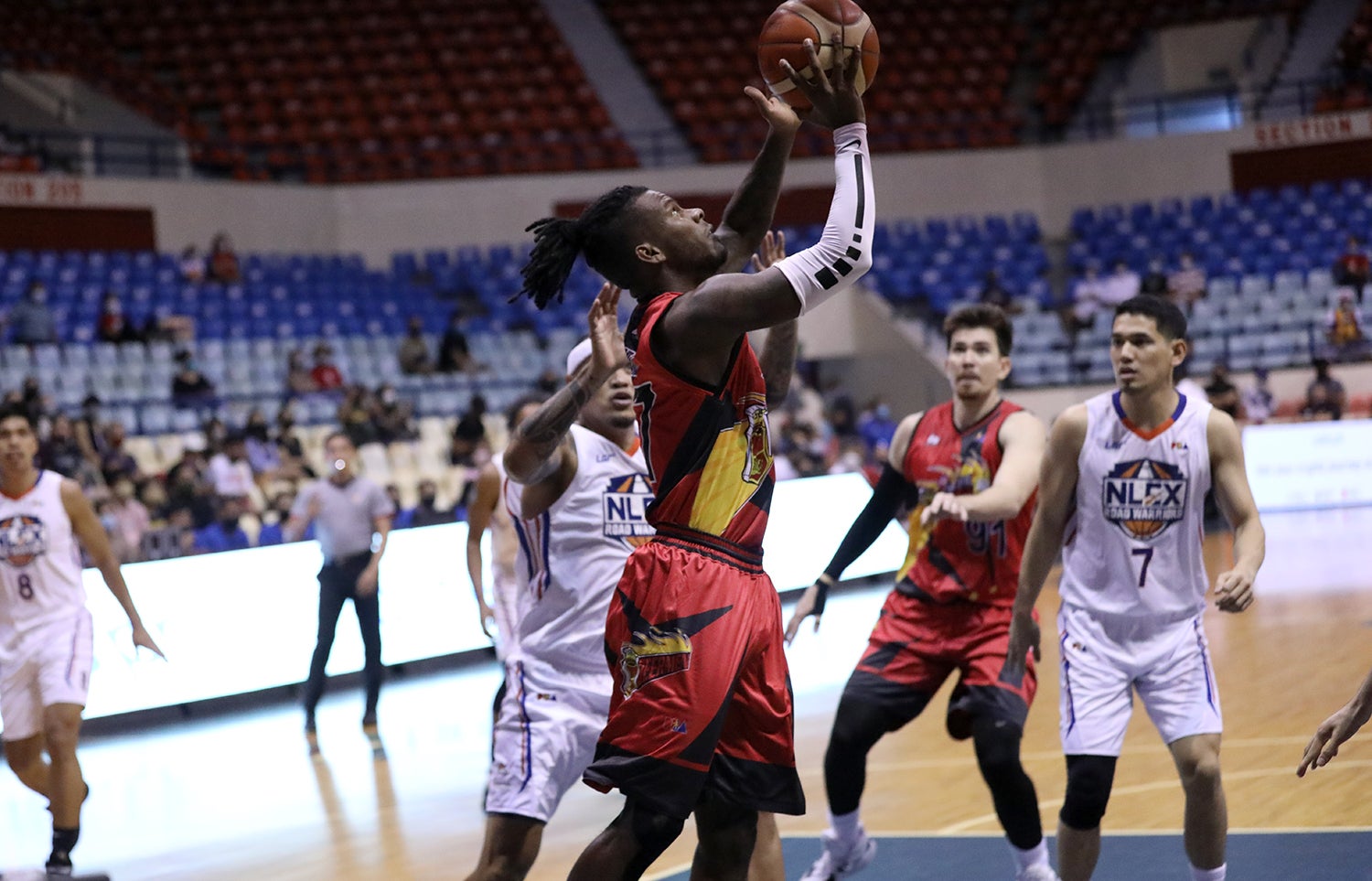 Leo Austria is no longer a stranger to the perils that come with being a tournament favorite. So on Thursday night, he issued a challenge: Bring it on.

San Miguel Beer used its souped up roster to the hilt, erasing a double-digit deficit to beat NLEX, 100-92, and claiming a second-straight victory in the PBA Philippine Cup at Ynares Center in Antipolo City.

“They tag us always as the powerhouse because of the enormous talent in our lineup. But we have to live up to expectations—of the crowd, the fans, the management,” said Austria, who made it known before the season started that the Beermen were out to reclaim a title they had won nine times in franchise history, including five straight from 2014 to 2019.

“It’s [actually] a good thing putting pressure on us, because everyone is willing to step up,” he went on.

Seeing their cornerstone June Mar Fajardo shackled by the enemy, the Beermen instead turned to CJ Perez, veterans Marcio Lassiter and Chris Ross, and new additions Vic Manuel and Jericho Cruz for production.

Perez, the league’s two-time scoring champion, led the way with 19 points. Manuel and Cruz combined for 13 in the third period to help the club retake the lead going into the final frame.

Fajardo then joined hands with fellow big man Mo Tautuaa in the fourth to send the Road Warriors to a 1-1 record.

“We were so lucky because before this conference, we had two months to address that kind of problem—chemistry. There were a lot of players coming in from different teams. They knew different systems so they all had to adjust,” he said.

“But you can’t really adjust by just telling things. We had to practice, and we’re so lucky we had ample time to adjust,” Austria added.

“Before the start of this conference, we told the boys that we need to have a good start in order to get a good rhythm,” Austria said. “I think this [victory] will add confidence to this team.” Meanwhile, the Tropang Giga is set to miss Mikey Williams for a third straight contest as contract negotiations continue to hang in the balance.

“Nope. Not true,” Chot Reyes told the Inquirer when asked about reports swirling on social media that the Filipino-American guard has already committed to signing a new deal with the team.

Williams, who was integral in TNT’s championship run in last season’s Philippine Cup, is negotiating for a bigger paycheck after invoking a special clause in his contract. He helped the Tropang Giga to a 10-1 record in the elimination round of that campaign.

A legitimate scorer whose numbers put him in the running in the last season’s Most Valuable Player race, Williams would’ve been huge for TNT last Thursday when the club lost to perennial league doormat Blackwater, 85-78.